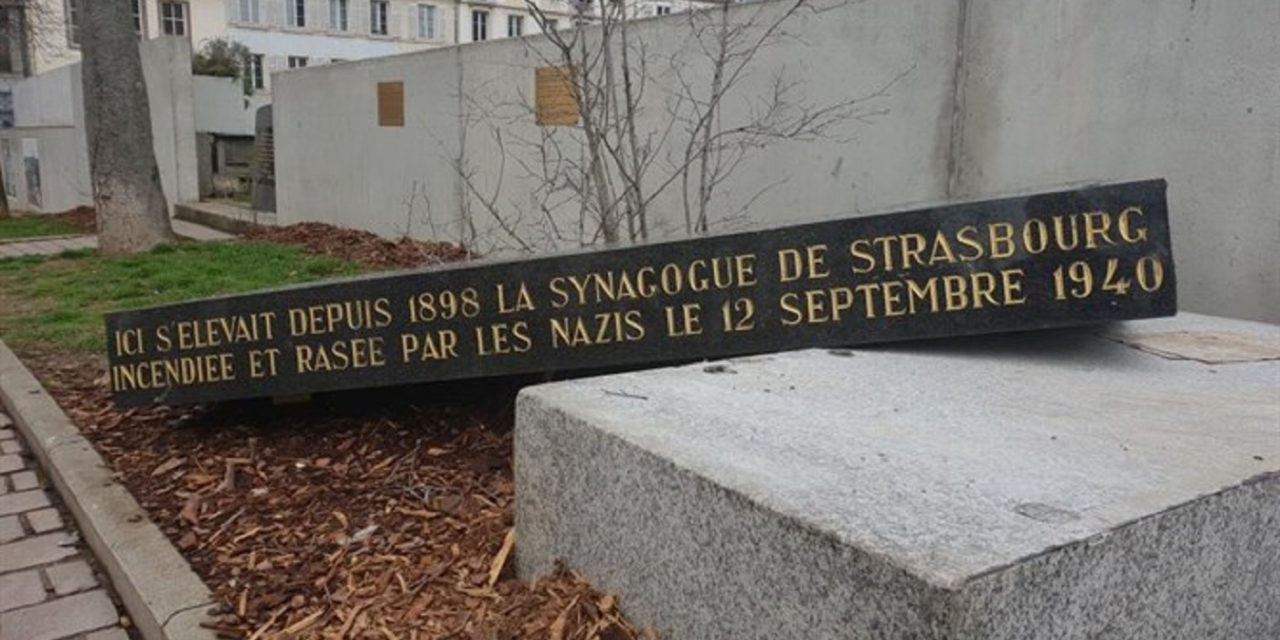 Damage to a memorial marking the site of Strasbourg’s Old Synagogue, destroyed by the Nazis during World War II, was caused accidentally by a motorist and was not an act of anti-Semitism, a French police source has said.

The incident last weekend followed recent acts of anti-Semitism in the French city.

A police probe using surveillance cameras revealed that a 31-year-old man reversed into the memorial after leaving a nearby nightclub with friends, the source told AFP on Thursday.

“At this stage, no anti-Semitic nature has been detected,” the source said, adding the driver has been summoned to court in June over hit and run charges.

The synagogue was built in the eastern city in 1898 and was the Strasbourg Jewish community’s main place of worship, but it was ransacked and burnt to the ground by Hitler Youth in September, 1940.

The large black marble slab that stands in its place was knocked off its plinth in the early hours of Saturday morning.  At the time, Strasbourg deputy mayor Alain Fontanel described it as an “act of vandalism” and Israeli Prime Minister Benjamin Netanyahu condemned it as “another shocking anti-Semitic incident”.

The region has witnessed a rise in anti-Semitic acts, the latest on February 19 when 96 graves were daubed with swastikas at a Jewish cemetery in Quatzenheim, northwest of Strasbourg.

On December 11, the day of a deadly jihadist attack on Strasbourg’s Christmas market, 37 Jewish graves and a monument were desecrated in Herrlisheim, northeast of the city.

In February 2015, around 300 graves were vandalized in a Jewish cemetery in nearby Sarre-Union, an act for which five adolescents were given suspended prison terms of eight to 18 months in 2017.