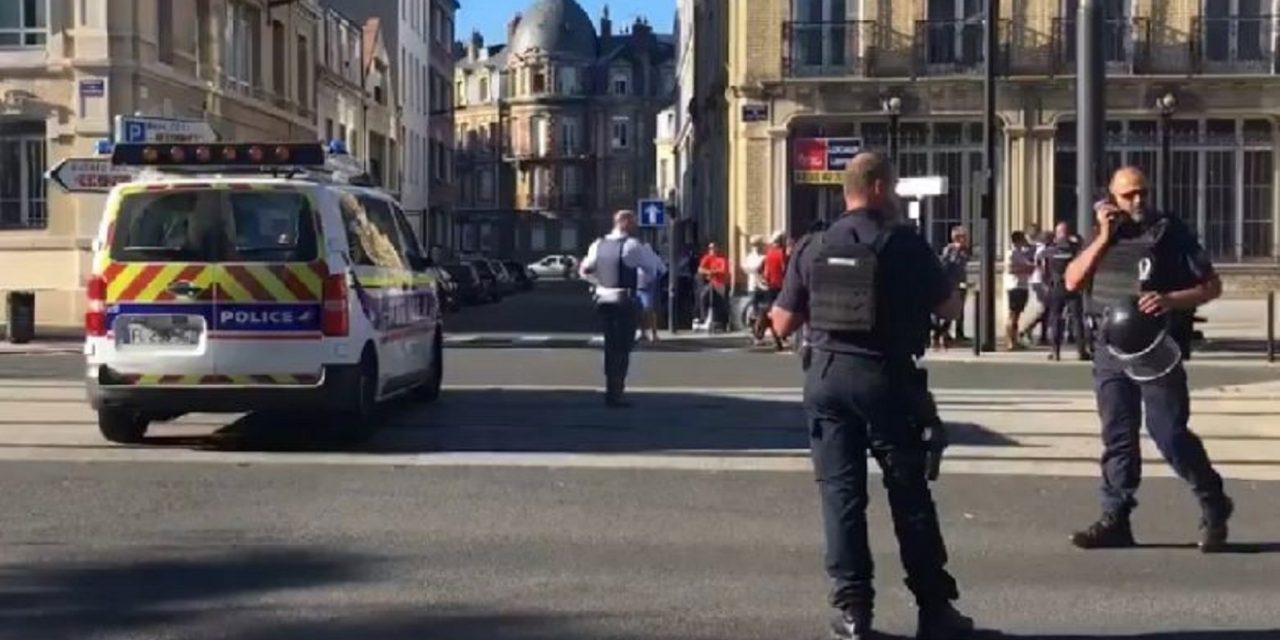 An armed man who who held six people inside a La Havre bank in France’s Normandy on Thursday night and demanded ‘freedom for Palestinians’ surrendered to police and is now in custody after a six-hour standoff with police.

The 34-year-old hostage taker, who was known to police and understood to be have been radicalised, demanded during that “unjustly imprisoned Palestinian children” in Israel be released, and that free passage be granted to Palestinians under 40 into the Al-Aqsa mosque in Jerusalem, although it isn’t quite clear what he specifically meant.

According to police, the man had a history of psychological issues and could not be named due to French regulations. RTL news also reported he has a criminal record, which includes kidnapping.

Latest from hostage situation in Normandy

BREAKING: Hostage situation in #LeHarvre, #FranceLocal reports say an armed man is holding several hostages in a bank, demanding that Israel "frees Palestinian minors" and let "Palestinians under 40" into the al-Aqsa mosque in Jerusalem.

Posted by Christians United for Israel – UK on Thursday, 6 August 2020

After special RAID police cordoned off the area, the captor threatened to “blow everything up,” but ultimately no one was injured and hostages were slowly released, one by one, until the man was left with only one captive inside the bank before he was put in custody and the situation was defused. It isn’t clear whether he had more than a handgun or whether he was linked with any organisation.

Édouard Philippe, the current mayor of La Havre and former French prime minister, tweeted his thanks to police officers following the end of the standoff.

“Congratulations and thanks to the state services, the national police and the RAID police officers who, once again, have done a remarkable job in the service of our fellow citizens,” he tweeted.

Israel was praised in UK Parliament earlier this week for the speed at which it has rolled out its vaccination programme.Speaking to the House of Commons, the UK's vaccine deployment...
Read More

Top Oxford professor tells UK to follow Israel’s lead: “Israelis are good at getting on a war footing”

Sir John Bell, regius chair of medicine at the University of Oxford and adviser to the Government's Vaccine Taskforce, has said the UK government should be reacting to Covid-19 as if to...
Read More

US: Israeli restaurants in Portland vandalised with ‘Free Palestine’ graffiti

A Deliveroo driver has been jailed by a French court on charges of discrimination after he refused to deliver meals from two Jewish restaurants in the eastern city of Strasbourg.Police...
Read More

Sheldon Adelson, an Israeli-American billionaire and staunch defender of Israel, died after battling cancer since 2019. He was 87 and was laid to rest in Jerusalem. Adelson's story is...
Read More