Facebook has removed 783 pages linked to Iran. These pages were “engaging in coordinated inauthentic behaviour tied to Iran.”

It is suspected that these pages were being used to spread information aimed at changing public opinion, possibly to disrupt politics and elections. The announcement came the same day that Twitter disclosed similar findings.

Nathaniel Gleicher, Facebook’s head of cybersecurity policy, said, “This activity was directed from Iran, in some cases repurposing Iranian state media content, and engaged in coordinated inauthentic behaviour targeting people across the world, although more heavily in the Middle East and South Asia.”

The statement listed the number of countries these pages were operating in and explained: “The Page administrators and account owners typically represented themselves as locals, often using fake accounts, and posted news stories on current events. This included commentary that repurposed Iranian state media’s reporting on topics like Israel-Palestine relations and the conflicts in Syria and Yemen, including the role of the US, Saudi Arabia, and Russia. Some of the activity dates back to 2010. Although the people behind this activity attempted to conceal their identities, our manual review linked these accounts to Iran.”

Facebook listed some of the main points about the fake accounts:

It shows that more than 2 million people around the world were being influenced by these anti-Israel messages.

Some of the examples given show that these pages were engaged at spreading a pro-Iranian agenda and spreading anti-Israel information.

This example given by Facebook shows a post from an Arabic site inciting Palestinian violence. Showing a Palestinian mother watering her child, who is spreading roots into the land of Israel as he holds a slingshot. The Dome on the Rock is in the background. 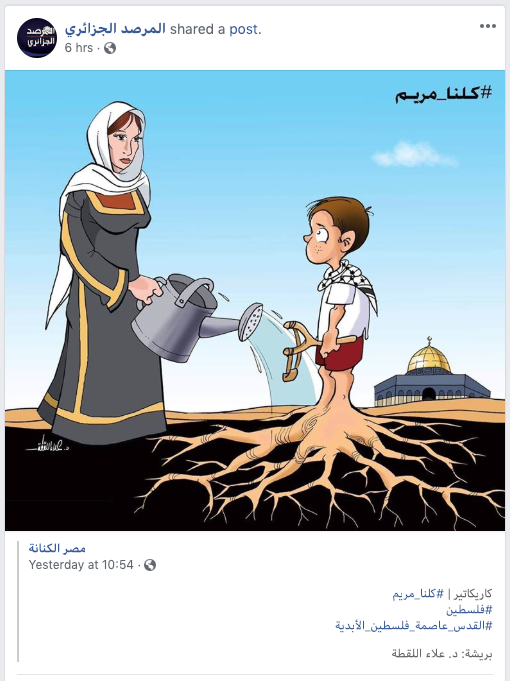 This example shows an Iranian linked page pretending to be a Tel Aviv based news agency called “Tel Aviv Times 1”.

The post is written in Hebrew and is spreading misinformation about the IDF. Likely to be directly targeting Israelis to manipulate Israeli public opinion. 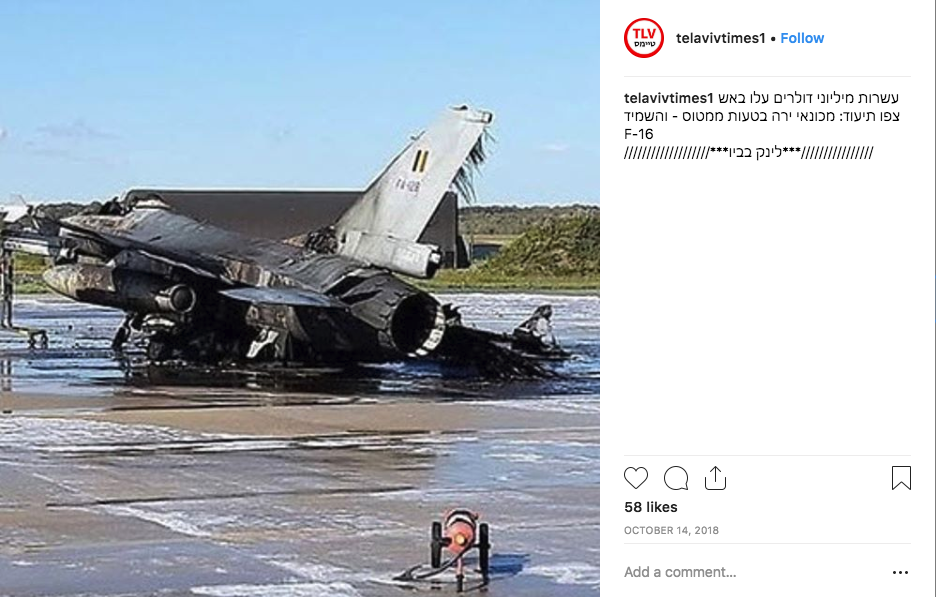 The next example below shows a post written in French, which reads, “I absolutely do not recognise Israel”.

Again, this is an attempt by Iranian linked operatives to spread their hate-filled message to people, this time those who speak French. 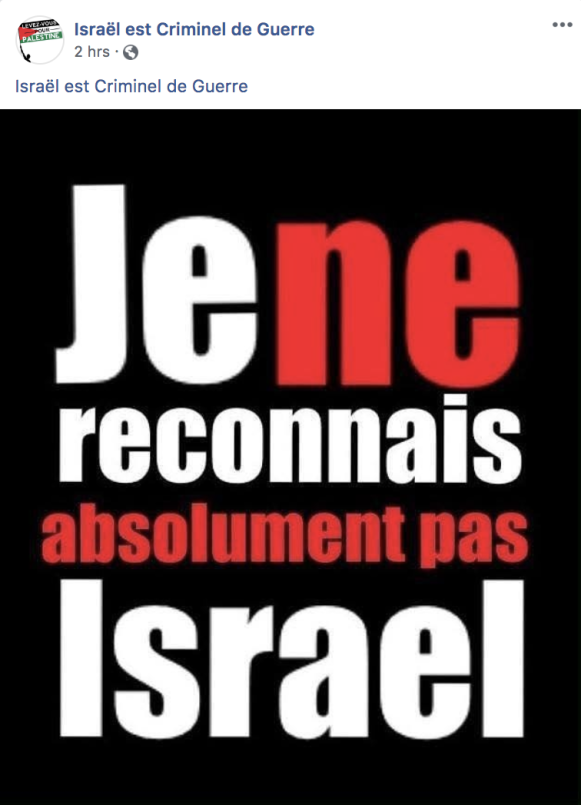 You can read more information on Facebook’s official statement on the issue, here.