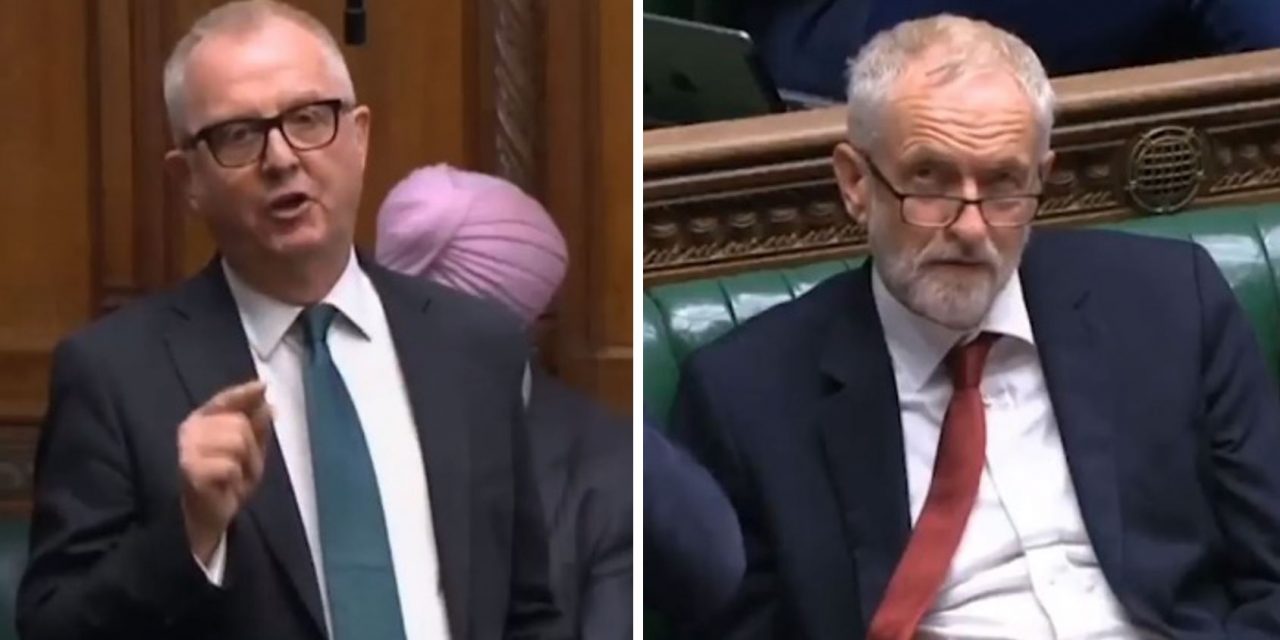 Former Labour MP Ian Austin announced his decision to quit Parliament on Thursday morning and urged voters to back Conservatives to keep Jeremy Corbyn out of Downing Street.

Mr Austin, whose father was a Jewish refugee from the Holocaust, said: “I am appalled and ashamed that a party that has had such a proud tradition of fighting racism has caused huge offence and distress to the Jewish community.”

Writing in Friday’s Daily Telegraph, Mr Austin, who served as communities minister under Gordon Brown, says: “I could not stand by as the Labour Party has been poisoned by racism, extremism and intolerance under Jeremy Corbyn’s leadership.

“I do not believe Jeremy Corbyn loves this country. He and the people around him always seem to back our country’s enemies – whether that’s the IRA when they were murdering people in shopping centres, hotels and pubs, terrorist groups like Hamas and Hezbollah or even parroting Putin’s propaganda when he tried to murder people here in Britain.”

"I can't believe it has come to this."

Separately, Mr Austin said it was “a fantasy” to suggest Mr Corbyn could negotiate a good Brexit deal if the EU knew it would be put to a second in-out referendum.

He said that if Boris Johnson failed to get a majority, Mr Corbyn would become prime minister, adding: “If I can face up to this question, then surely Nigel Farage should swallow his pride and get behind the Prime Minister too?

“Voting for anyone else is just too big a risk. That is why I think traditional Labour voters like me must lend the Tories our votes at this election and stop Jeremy Corbyn getting anywhere near Downing Street.”

Shamefully, Labour’s Shadow Chancellor John McDonnell, instead of trying to address the issues of anti-Semitism within the Labour party, instead chose to lie and smear Ian Austin.

Speaking in Liverpool, McDonnell said: “He’s now employed by the Tories. What else do you expect him to do an election campaign?”

“When you are employed by the Tories, you speak on behalf of the Tories. That’s what this was about this morning,” he added, prompting a round of applause from his far-left audience.

Austin denied the claim, saying it was “a complete lie” and called for McDonnell to issue a retraction and apology.

“This is not true. It is a complete lie. I was appointed an unpaid trade envoy in July, along with 27 other MPs and peers from different parties, including Labour, to promote UK trade and exports. John should withdraw this lie and apologise,” he tweeted.

Austin was appointed trade envoy to Israel by Conservative PM Theresa May in July, but the role is unpaid and voluntary and drawn from across parties.

Ian Austin has a long history of being friends to Israel and the Jewish people which is why he was chosen by Mrs May for the role.

Kay Wilson, a British-Israeli victim of a brutal Palestinian terror attack came to Austin’s defence saying Mr Austin was the “one of the meagre handful (of MPs) who had the common decency to reply to my letter & photos of my gory injuries, asking the UK gov to withhold @DFID_UK money that rewards the Palestinians who tried to murder me with machetes. The rest ignored me.”

.This MP was one of the meagre handful who had the common decency to reply to my letter & photos of my gory injuries, asking the UK gov to withhold @DFID_UK money that rewards the Palestinians who tried to murder me with machetes. The rest ignored me. @MauriceHirsch4