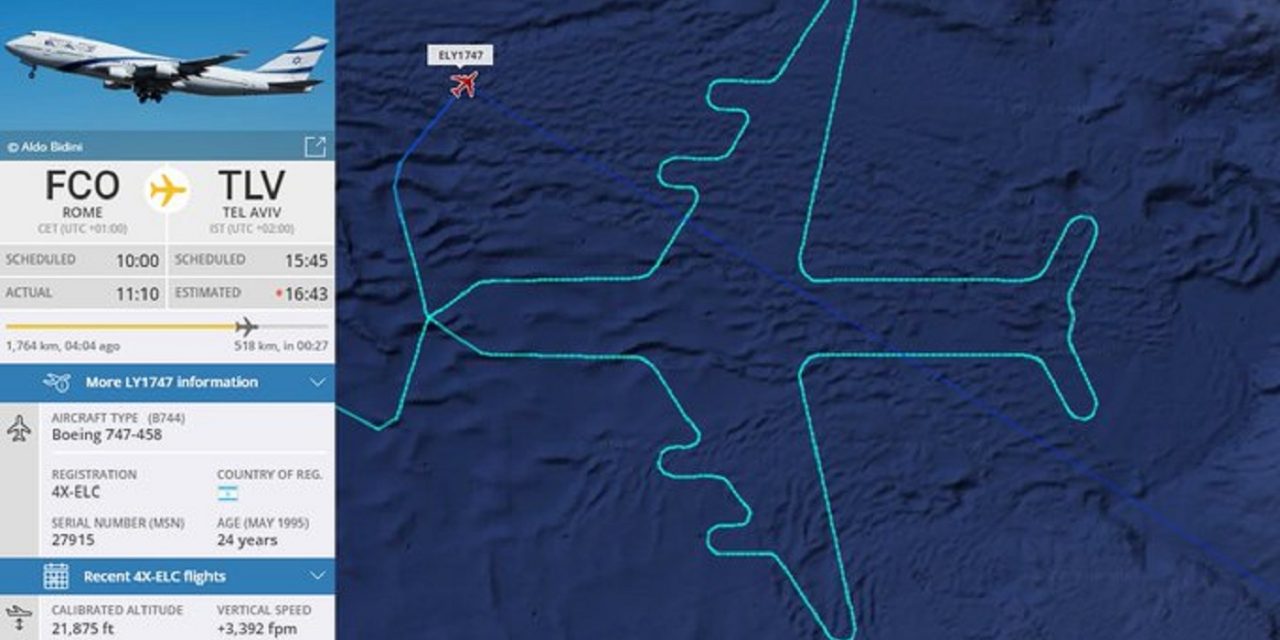 Israel’s national flag carrier EL AL has completed its final flight with its fleet of 747s by ‘drawing’ a 747 in the sky by tracing an outline of the plane.

The final flight, from Rome to Tel Aviv, stopped over the Mediterranean, south-west of Cyprus, to fly in the shape of the enigmatic jumbo jet, a complex two-hour manoeuvre revealed in real-time by flight tracking apps such as FlightRadar24.

We just drew a BOEING 747 in the sky on-board flight LY1747! Congratulations to El Al retiring their Queen of the Sky in the best ever way! #elal #Boeing747 pic.twitter.com/4EiCZQORgG

Both aircrew and passengers on flight LY1747 felt a ping of nostalgia because the EL AL fleet of Boeing 747s has served the airline for almost 50 years.

Passenger and aviation blogger Sam Chui described the moment when the final pilots of the flight ‘drew’ a 747 in the sky. “The cabin was quiet during this special activity as the plane was doing many turns at various speeds,” he said.

“Most passengers were seated and strapped in, but many took to looking out of the window. The captain increased speed during straight line travel but had to reduce speed during the turns, to make sure the drawing kept the correct shape.”

The special flight, carrying a total of 434 people, featured professional bartenders serving cocktails, as well as T-shirt signings and souvenir retro postcards handed out alongside the lasagne and tiramisu.

Routes to and from Israel continue to expand, with Richard Branson’s Virgin Atlantic heralding its new London to Tel Aviv route last week, and British Airways set to launch their new Club Suite seats on the A350 next month.