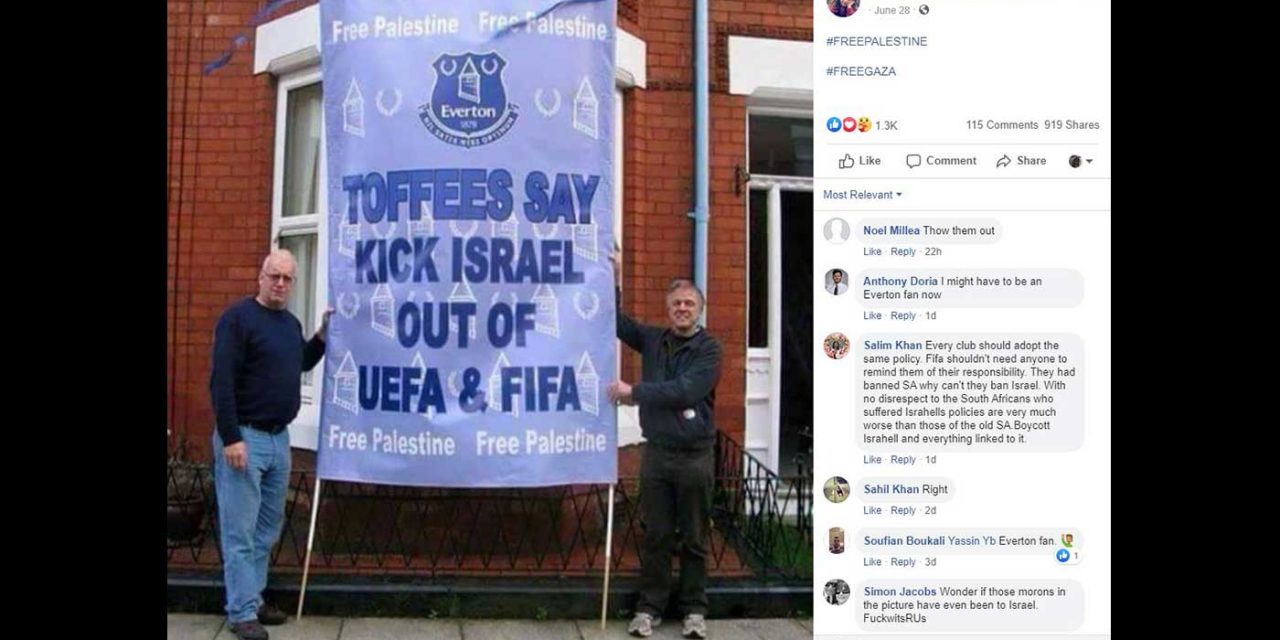 Everton FC and the Labour Party have launched investigations into two individuals holding a banner calling for footballing authorities to ban Israel.

The Premier League side said it is aware of an image posted on a Facebook page of two men pictured with a banner reading “Toffees [the club’s nickname] say kick Israel out of FIFA and UEFA”.

Everton said a complaint has been lodged to Facebook for copyright infringement, over the use of its crest on the banner.

It insisted the two men, understood to be a known Liverpool fan and a former actor-turned activist, are not supporters.

“The club has been made aware of this photograph which is circulating on social media. Everton takes the misrepresentation of the club and its fans very seriously and will be investigating the matter.”