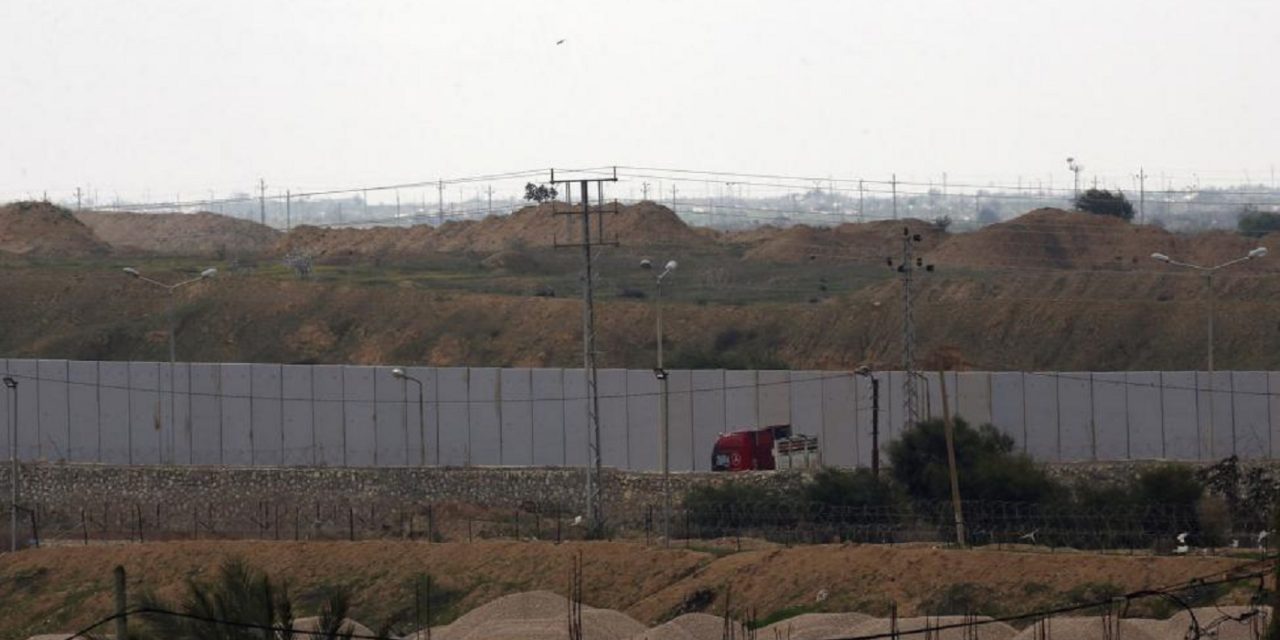 Egypt has begun building a concrete wall along its border with the Gaza Strip, AFP journalists and a Palestinian security official from the Hamas terror group said Wednesday.

Dozens of workers aided by cranes could be seen erecting the structure, which will stretch some three kilometers (two miles) from Gaza’s southeastern tip at Karem Shalom to the Rafah crossing with Egypt, the only gateway out of Gaza that does not lead into Israel.

The wall is being built along the lines of an old, lower barrier that includes an underground structure designed to curb smuggling tunnels between Gaza and Egypt.

It was unclear if Egypt planned on extending the wall to the north beyond the Rafah border crossing. Egypt’s border with Gaza stretches approximately 12 kilometers (7.5 miles).

Israel tightly controls entry and exit to Gaza as part of an effort to keep Hamas and other terror groups in the Strip from building up military capabilities.

Egypt has only intermittently opened the Rafah crossing in recent years, and has worked to crack down on a network of smuggling tunnels that once ran beneath the frontier.