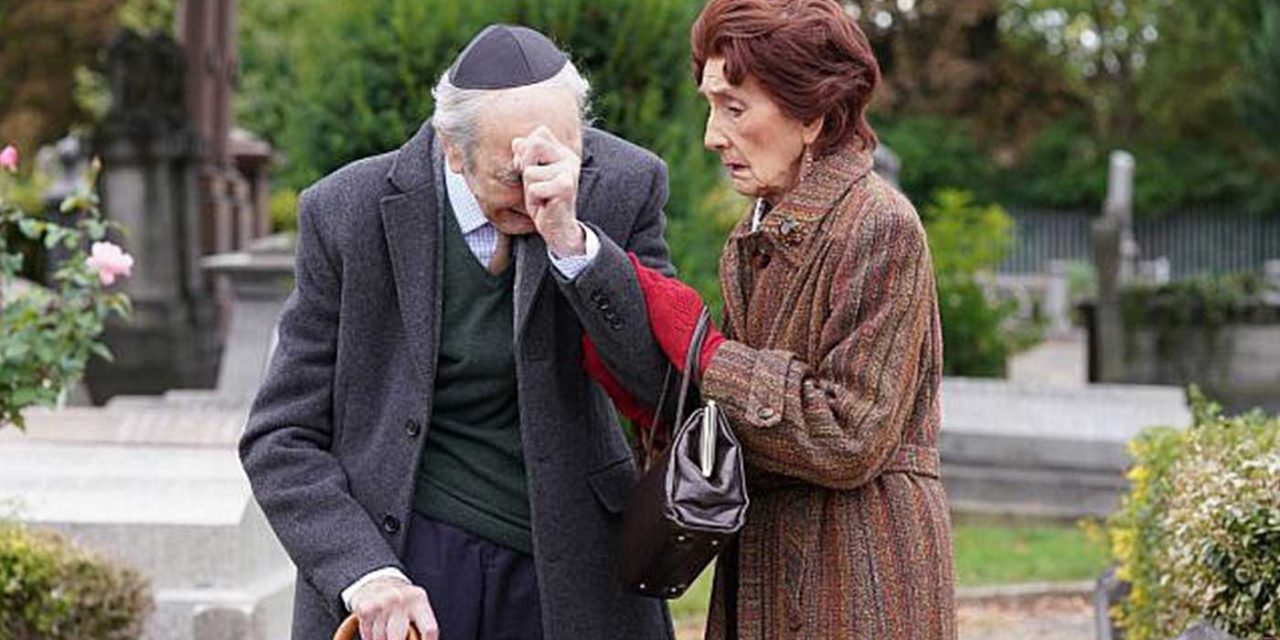 The BBC’s long-running soap opera, EastEnders, featured a storyline last week that highlighted anti-Semitism in the United Kingdom. A subject the drama hopes to tackle in the coming weeks.

Towards the end of Thursday’s (15 November) episode the character Harold Legg – a Jewish doctor played by the 92-year-old actor Leonard Fenton, who is also Jewish – visits his parents’ gravestones. Legg has recently found out he is dying and is planning his own burial arrangements.

He is accompanied by Dorothy ‘Dot’ Branning, who asks him what is in his hand. Dr Legg reveals that he is holding a rock. “This stone is my calling card,” he tells Dot. “We place them on the side of the grave.”

As the pair approach the graves of Dr Legg’s parents, Legg cries out in shock as he sees that vandals have defaced them with graffiti and a swastika. Dot then notices the desecrated graves and reacts equally horrified. The scene ends with Dr Legg in tears.

Eastenders has done a good job of highlighting anti-Semitism in an episode last week.Let's hope its inclusion in the programme has opened up some people's eyes to the hate that some British Jews face.#AntiSemitism #ChristiansAgainstAntiSemitism #CUFI

Posted by Christians United for Israel – UK on Tuesday, 20 November 2018

Both Harold Legg and Dot are two of the original cast of EastEnders, which started in 1985, and are played by actors who are both now in their 90s. Lenard Fenton retired from the drama series in 1999, returning for a few cameo appearances over the years. In the past month, however, his character was reintroduced into the series after being away since 2007.

The storyline is expected to develop over the coming episodes and is the latest attempt by the series to address current issues. A recent example of this was a storyline about one of the cast being killed in a stabbing incident when arguing with a rival gang, highlighting the growing problems with knife crime in Britain’s capital.