Danny Danon thanks America for standing with Israel during Trump presidency 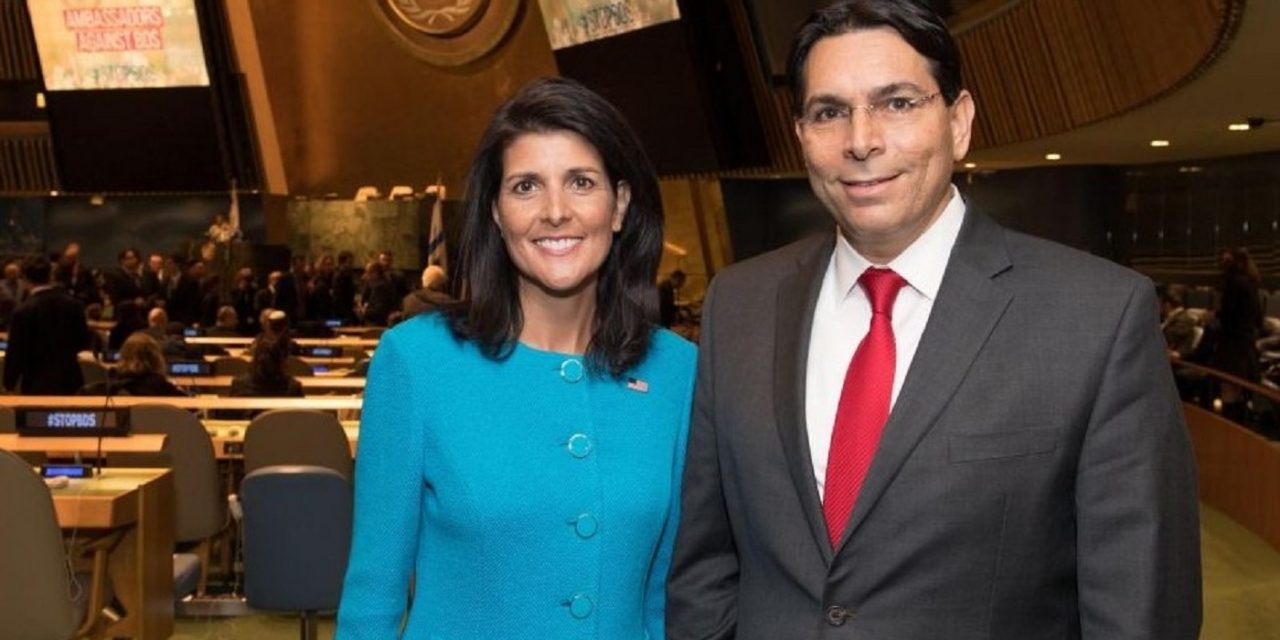 Israel’s permanent representative to the UN, Ambassador Danny Danon, has thanked the United States for the deep connection with Israel over the past four years under President Trump.

In a video posted on Danon’s social media, the ambassador thanked the US for support in the ‘UN arena’, for exiting ‘the dangerous Iran nuclear deal’, for recognising the Golan Heights ‘as an undisputed part of Israel’, for recognising Jerusalem ‘as Israel’s eternal capital’, for moving the US embassy to Jerusalem, for ‘supporting Israel in the war against terror’, and for the historic Abraham Accords ‘that will bring peace and stability to the region’. Danon ended the clip looking ahead, saying, “It is our greatest hope to continue to strengthen our profound connection between Israel and the United States of America.”

In a separate tweet Ambassador Danon congratulated President Biden saying, “Israel values our unbreakable relationship. We look forward to developing our ties. A nuclear #Iran is the most pressing regional challenge. We hope to continue to apply the necessary pressure. Wishing the President much success.”