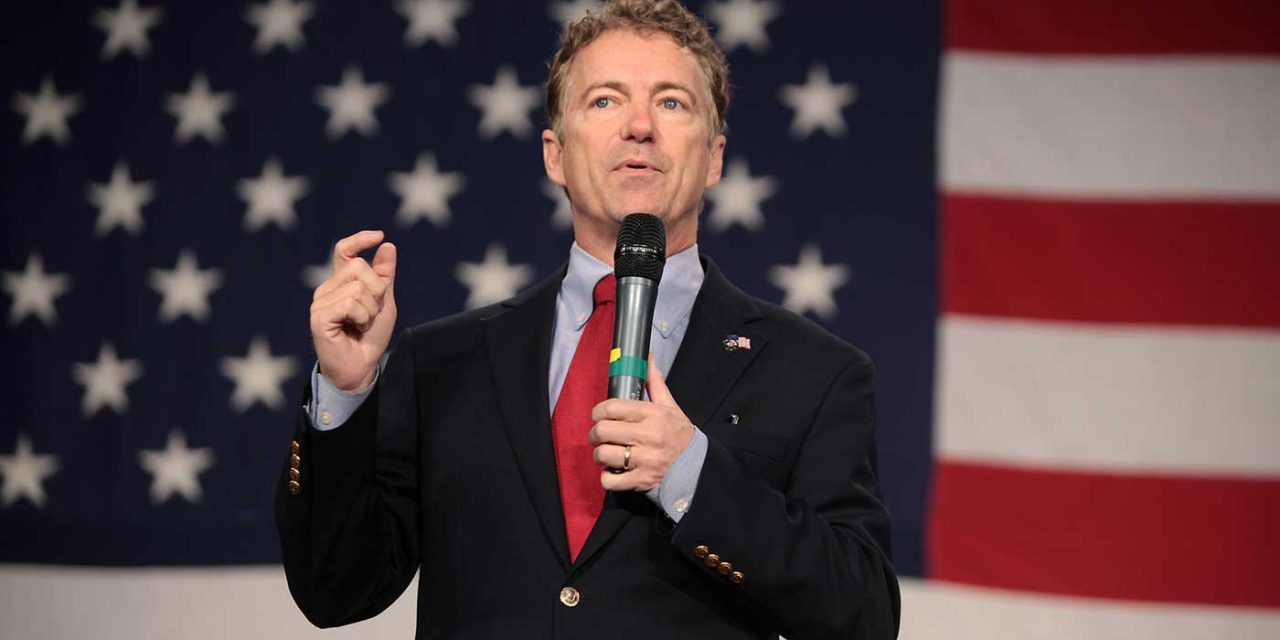 On Monday, Republican Senator Paul blocked the US Senate from fast-tracking $1 billion in funding for Israel’s Iron Dome missile defence program, delaying funding for Israel’s defence system that saves the lives of Israelis and Palestinians. In order for the bill to be fast-tracked, all one hundred Senators had to approve the bill. The only person to stop it was Senator Paul.

The bill is still certain to pass, but it will now have to go through a more lengthy debate and this is simply an act of delaying aid to Israel to score some political points.

“Iron Dome is a matter of life and death for Israelis and Palestinians, and Sen. Paul, true to form, is treating the replenishment of this vital system as a political game. Whatever concerns he has on other issues should be addressed in a manner that does not put innocent lives at risk. The legislation he is blocking advanced through the House of Representatives with overwhelming bipartisan support. Sen. Paul needs to stop playing games with the safety of the Israeli people,” said CUFI founder and Chairman Pastor John Hagee.

Last week, a Kentucky-based CUFI Congressional Liaison, David Wicker, sent a letter on behalf of the more than 181,000 CUFI members in the state asking Sen. Paul not to oppose Sen. Menendez’s unanimous consent request to advance US assistance for Iron dome.

“Your tactics undermine the US-Israel strategic relationship and the safety of innocent Israeli men, women and children living under the threat of terrorist rocket fire as well as the many Americans who regularly visit Israel, including those from our great Commonwealth,” Wicker noted in his missive.

“The people of Kentucky are pro-Israel; the junior Senator from the Commonwealth is contradicting the will of his constituents. If Sen. Paul is unwilling to understand that one does not put lives at risk to score political points, he has no business being in the United States Senate,” said CUFI Action Fund Chairwoman Sandra Parker.