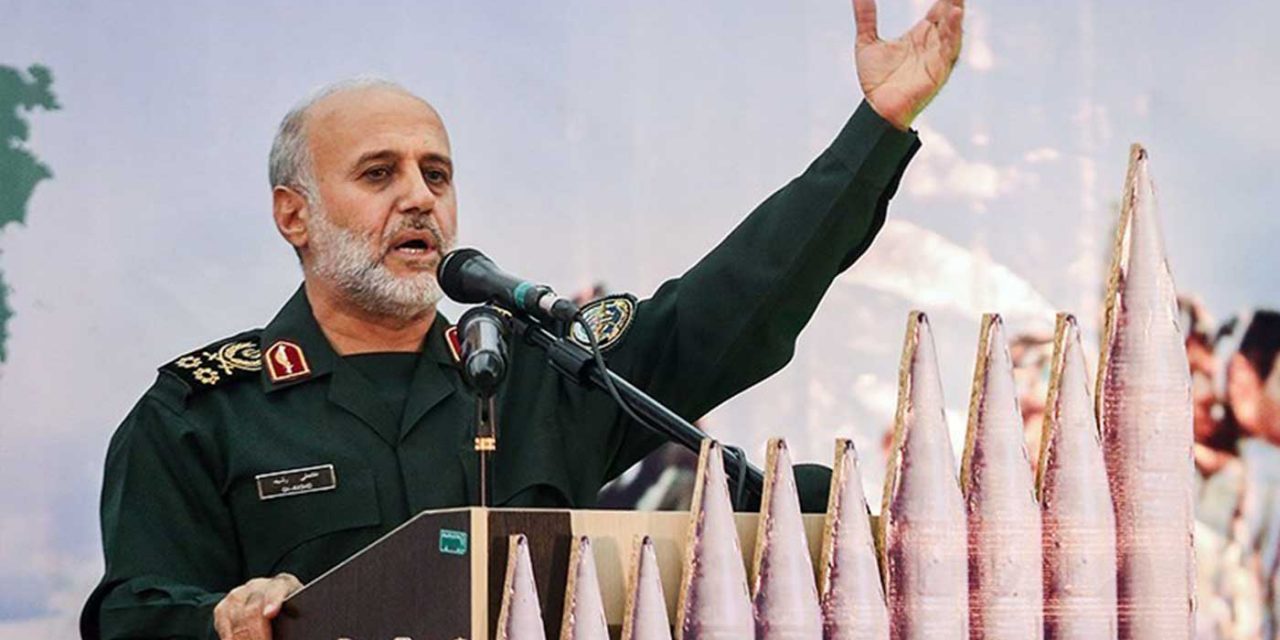 The head of Iran’s Khatam al-Anbiyah Central Headquarters said in a recent interview that Iran had created six armies outside the country’s borders, in a “corridor” stretching from Iran all the way to the Mediterranean Sea. He claimed that Hezbollah, Hamas, Palestinian Islamic Jihad and the Houthis were part of Iran’s military forces.

Speaking at a ceremony commemorating the Iran-Iraq war that aired on Iran’s IRINN television on Sept. 25, Maj. Gen. Gholam Ali Rashid said that these armies, and the power they held, was the reason the USA and Israel had not dared to attack the regime.

Rashid said that while in the 1980s Iran had lacked defense alliances with other countries, “We have changed this now by connecting with other nations and some governments, thus creating popular, religiously devout regional forces.”

According to Rashid, three months before being killed in Iraq by the United States, Maj. Gen. Qassem Soleimani, commander of the Islamic Revolutionary Guard Corps’ Quds Force, had attended a meeting of the Khatam al-Alanbiya HQ with the commanders of Iran’s armed forces.

At that meeting, Soleimani reportedly told the commanders: “My dear [comrades], with the backing of the IRGC command, the army command, the general command of the armed forces and of the Defense Ministry, I have assembled for you six armies outside of Iran’s territory, and I have created a corridor, 1,500 kilometers [932 miles] long and 1,000 kilometers [621 miles] wide, all the way to the shores of the Mediterranean Sea.”

In this corridor, said Rashid, “there are six religiously devout and popular divisions. Any enemy that decides to fight against the Islamic Revolution, and against the sacred regime of the Islamic Republic of Iran, will have to go through these six armies. It won’t be able to do so.”

The general then claimed that the United States and Israel’s opposition to Iran came from their realisation that the Islamic Republic possesses not only a “powerful” conventional armed force, prepared to defend the country from within, but also this “regional force” outside Iranian territory.

We learn a few things from this general. First, he is admitting to Iran’s funding of terrorist organisations and the control Iran has over them. Iran is invading foreign countries with its own ‘armies’ and breaking international law to do so.

Second, we learn that the Iranian regime lives in its own version of reality. The United States and Israel are concerned about Iran’s actions because the regime is a bad faith actor in the region. The armies they claim to control consist of terror groups that have brought devastation to the countries they control. Lebanon is in a deep economic depression and is currently under majority control of Hezbollah supporting politicians.

As Israel’s Prime Minister Naftali Bennett said in his address to the United Nations recently, like the Greek legend of Midas who everything he touched turned to gold, Iran has the Mullah’s touch where everything the Mullah’s touch fails. Whether it is Yemen, Lebanon, Syria or Gaza, the Iranian regime is failing those people.

Iran is the world’s leading sponsor of terrorism and one of their top generals admits this by gloating that terror groups operating in the region are Iran’s own armies. Western governments often claim they do not negotiate with terrorists, but when it comes to Iran, the puppet master of several terror groups, they are willing to bend to their demands and negotiate a deal. The West hopes for Iran to turn away from its path to a nuclear weapon and its obsession with ridding the world of its only Jewish state – Israel. However, Iran’s actions in recent years have shown they are doing all they can to further their plans and because of this, they cannot be trusted.