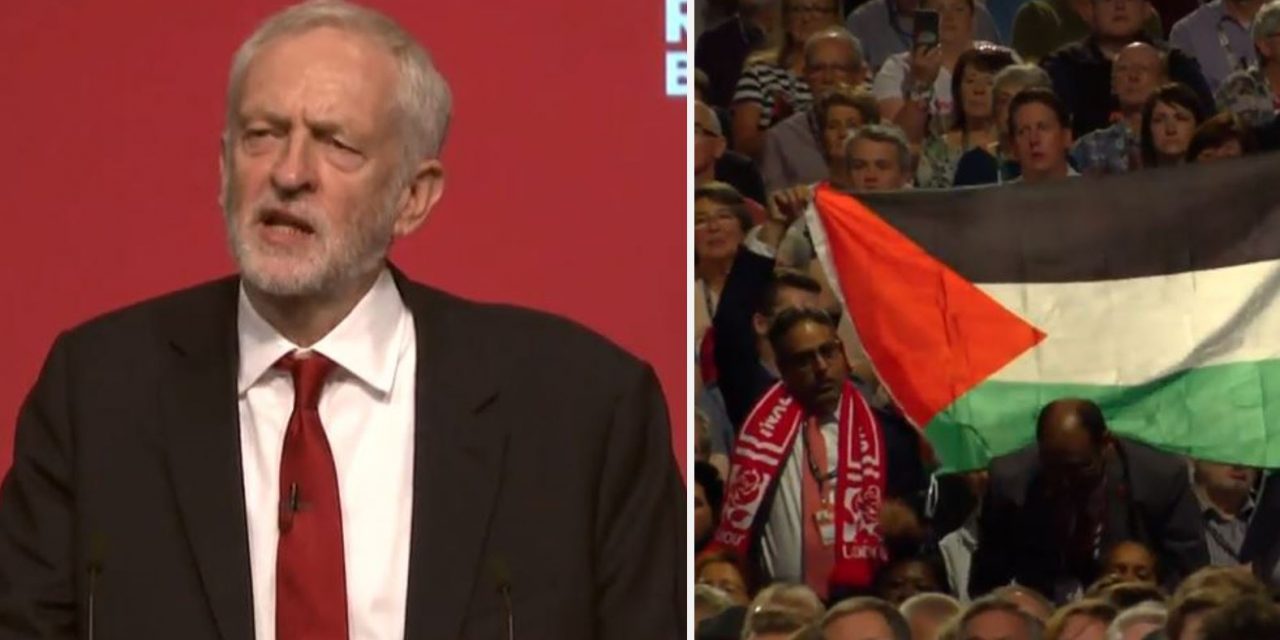 A Labour government would recognise a Palestinian state “as soon as we take office”, Jeremy Corbyn has said during Wednesday’s keynote conference speech.

Meanwhile he also used the speech to attack President Donald Trump for moving the US embassy to Jerusalem and cutting funding for the UN Refugee Agency.

Addressing the “ongoing denial of justice and rights to the Palestinian people,” Corbyn said: “Our party is united in condemning the shooting of hundreds of unarmed demonstrators in Gaza by Israeli forces and the passing of Israel’s discriminatory Nation State Bill.”

He added: “The continuing occupation, the expansion of illegal settlements and the imprisonment of Palestinian children are an outrage.

Jewish Leadership Council chief executive Simon Johnson was left unimpressed, however, saying: “This was a missed opportunity from the Labour Leader. The same words we have heard for months.”

According to the Jewish News, Johnson said there had been “no condemnation of the abuse levelled against his fellow MP’s who have questioned anti-Semitism, no acknowledgement that he himself might have contributed in some way to this crisis continuing, and no statement that he will take the action that we asked for in our meeting in April”.

The JLC chief added: “This is just the same rhetoric. Mr Corbyn had a perfect opportunity to show leadership and lay this anti-Semitism crisis to rest. He missed the chance to do so.”