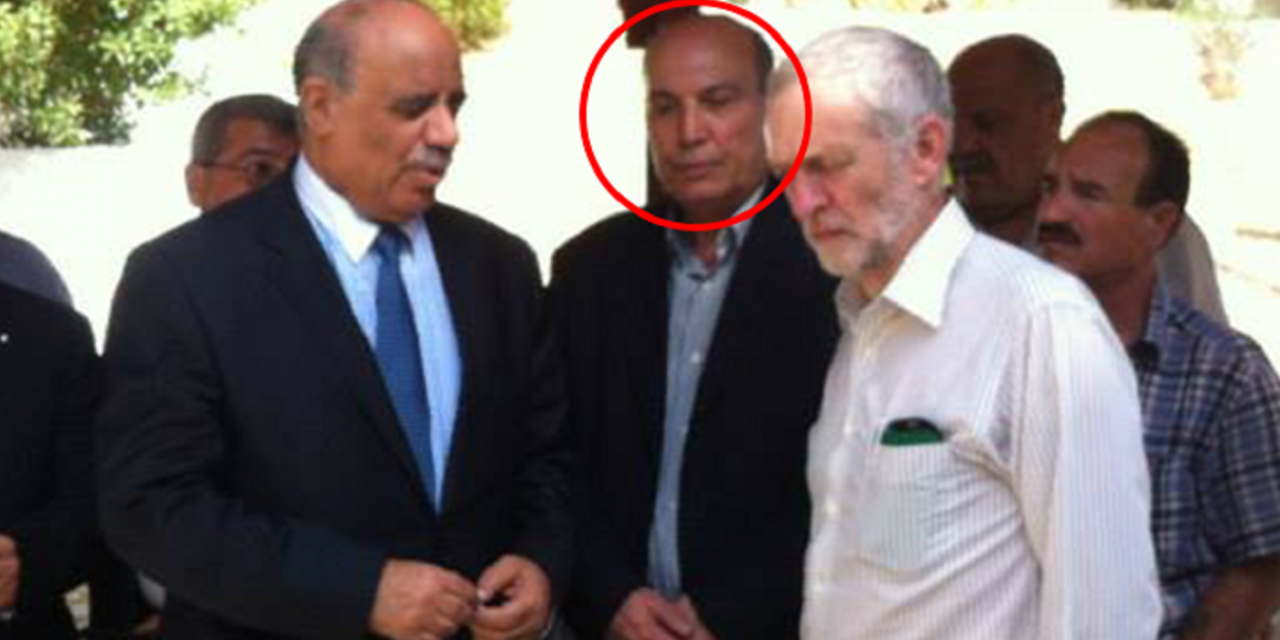 Jeremy Corbyn attended the infamous wreath-laying ceremony in Tunis with a senior official from a terrorist group that murdered a British rabbi in a Synagogue attack a month later, according to a report by The Times today.

Mr Corbyn stood alongside Maher al-Taher, the leader-in-exile of the proscribed Popular Front for the Liberation of Palestine (PFLP) at the wreath-laying ceremony in Tunisia in 2014. He and Mr Corbyn, who became Labour leader the following year, were invited to attend the event with the official Palestinian Authority delegation.

Some members of the PFLP initially claimed responsibility for murdering four Jews with axes, knives and guns in an attack at a synagogue in Jerusalem a month later.

London rabbi Avraham Shmuel Goldberg, a 68-year-old grandfather who had retired to Israel, was among the victims in the Jerusalem attack.

Senior Rabbi Laura Janner-Klausner said the discovery of the photograph was a “watershed moment” for the future of the Labour leader in British public life.

“Now that this has come to light this is unacceptable behaviour. Not just from the person leading the Labour Party but leading her Majesty’s Opposition.

“It’s not just about feeling hurt, it’s about confirming concerns. It’s a watershed moment. The leader of Her Majesty’s Opposition is an embarrassment and an electoral liability. How on earth could he be a world leader?”

The photograph printed in the Times newspaper today shows Mr Corbyn standing with Mr Taher during his visit to the “Palestinian Martyrs Cemetery” in 2014.

The Times has a story, & I don't know how to tell you, but here it is. At that ceremony in Tunis, where Corbyn laid that wreath, he was pictured together with this man, Maher al Taher (thread)https://t.co/FZzLAEzOfL pic.twitter.com/LF9JdYRPc7

Michelle Hirschfield, currently visiting Israel where her cousin Avraham Shmuel Goldberg was murdered in 2014, called for Corbyn to resign.

“He should resign. He can’t be leader of the opposition let alone a future prime minister. My cousin was a British citizen.

“How can he stand by this man and support a terrorist over the death of a British citizen?

“I don’t see him laying wreaths on the graves of Israelis that have been murdered by terrorists. It seems so one-sided. He thinks that British Jews who support Israel are traitors to the British state.

“Other people all have an affinity to their homeland. Why can’t we?”

Joan Ryan MP, chair of the Labour Friends of Israel group, said Mr Corbyn must apologise to the family of Rabbi Goldberg, a father-of-six who lived in Golders Green before moving to Israel in the 1990s.

She said: “First he appeared to be honouring the Munich terrorists, now it seems Jeremy Corbyn was standing alongside a man whose killers murdered a British rabbi and three others after morning prayers a month later.

“I would appeal to Jeremy directly: please apologise now to the bereaved families who have been so hurt and offended by your participation in this terrible event.”

MP for Golders Green, Conservative Mike Freer, said it was shocking that Mr Corbyn would stand alongside the leader of the PFLP.

“There are no surprises left with this man. There does not appear to be any individual too unpalatable for him to rub shoulders with.”

Labour said in an official statement that Mr Corbyn attended the conference in 2014 because it aimed to bring peace to the region.

“He is, of course completely opposed to attacks on civilians.”