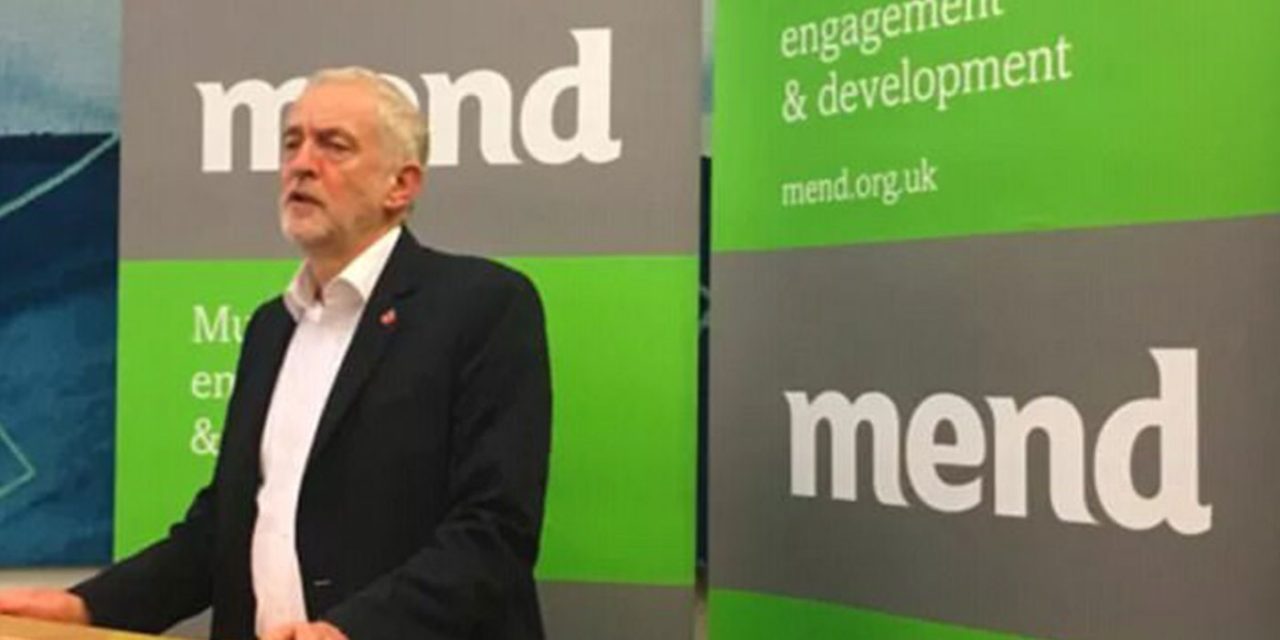 Last week it was reported that Jeremy Corbyn was turning down an invitation to attend a dinner to mark the centenary of the Balfour Declaration with Benjamin Netanyahu and Theresa May. However, on the eve of Balfour Day, Jeremy Corbyn was keynote speaker for MEND, which has been described by a leading think-tank as “Islamists posing as civil libertarians”.

Over the weekend the respected think-tank, the Henry Jackson Society, released an in-depth report showing how the Muslim Engagement and Development (MEND) group were “Islamists posing as civil libertarians”.

The report prompted Conservative MPs to pull out of the event. However, Jeremy Corbyn and some of his Labour MPs attended the event and not only that but Mr Corbyn was the keynote speaker.

This group has been accused of openly working against British counter-terrorism measures, have shown support for Palestinian terrorist attacks against Israel, having hosted numerous extremists and one of their speakers has even justified the murder of British troops. See below for more reasons.

“Stand up, together. It makes us strong”

This video also includes Liberal Democrat leader Vince Cable and Sayeeda Worsi from the Conservatives. We are not sure if this video was made before the report was published, but we also question whether Cable or Worsi would like to be associated with such a group had they known about the report beforehand.

The Henry Jackson Society released an extensive report this week. A small number of the concerns are listed below: