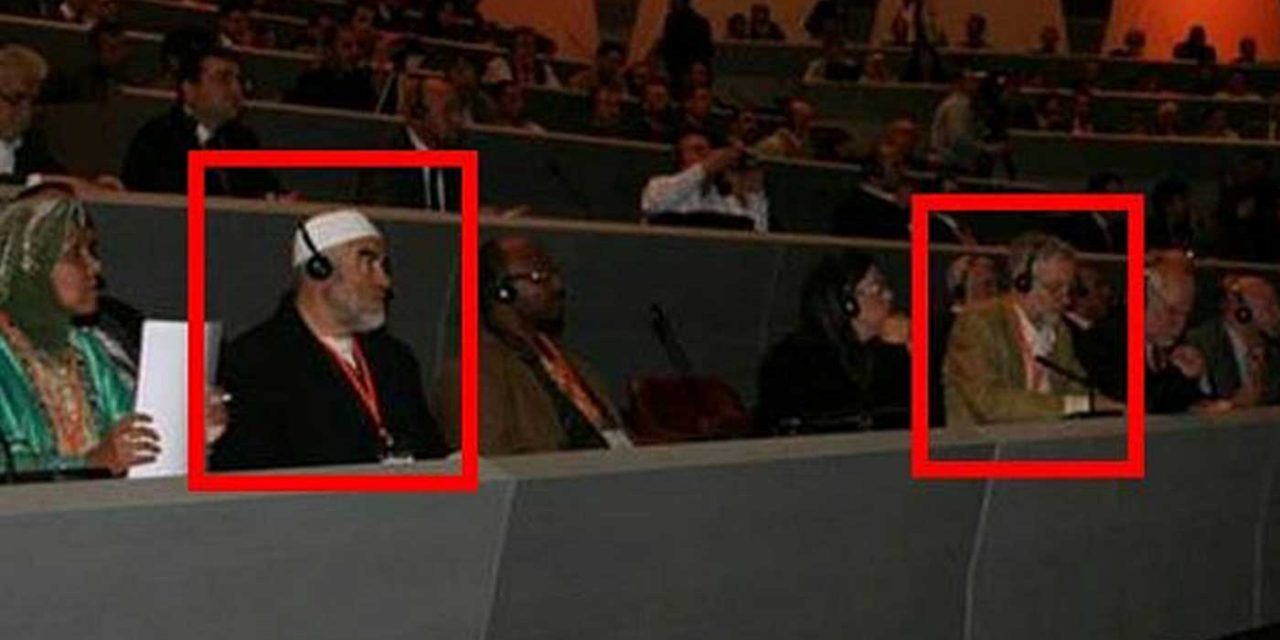 New evidence has emerged showing that in 2011, Jeremy Corbyn spoke at a Hamas-linked event in Geneva where he shared a stage with notorious anti-Semites whilst calling for convicted terrorists to be released and accused Israel’s arresting of terrorists as being “war crimes”.

The conference, held in Geneva, was organised by the European Network to support the Rights of Palestinian Prisoners (UFree), a group chaired by Mohammed Hamdan, the brother of UK-designated Hamas terrorist Osama Hamdan and was attended by former IRA member Gerry MacLochlainn.

During his speech, Corbyn said, “We are facing a state (Israel) that is arresting people from the streets and forcing them to spend their lives behind bars. Here we declare our complete solidarity with these prisoners and their families, and also declare that the Israeli occupation is illegal. Therefore arresting Palestinians in this manner is illegal.”

He added: “Israel is committing war crimes by arresting Palestinians members of parliament and arresting many others on a daily basis.”

EXCLUSIVE – In March 2011 @JeremyCorbyn attended a Hamas-linked conference in Geneva to campaign for the release of convicted Palestinian terrorists. A number of notable individuals attended the conference including Raed Salah and former IRA volunteer Gerry MacLochlainn….. pic.twitter.com/Be7FITxK7T

Mr Corbyn, whose attendance at the gathering was uncovered this week by The Golem, a Twitter account that monitors Labour antisemitism, was a member of conference’s political committee, which resolved to “work with government bodies and political parties to achieve the release of Palestinian political prisoners”.

The Golem says that UFree makes it clear that the campaign to free all Palestinian prisoners, including convicted terrorists, or as Hamdan labels them, “heroes”.

Hamdan wrote: “These detainees and prisoners were seeking freedom from the occupation, therefore they are heroes, not terrorists”.

This is not the first time Corbyn called for Palestinian terrorists to be released from prison.

One of the people Corbyn shared the stage with was radical Islamic cleric, Raed Salah.

Raed Salah has espoused antisemitic blood libels against the Jewish people for which he is currently imprisoned. He has incited his followers to violent protests against Israeli Jews in 2007, years before he came to the United Kingdom. Salah preaches that an Israeli civilian is just as valid a target as an Israeli soldier.

Below is a video from 2012 where Corbyn speaks highly of Salah, who is in the room with him. Corbyn infamously invited him for tea at the House of Commons.

Another of the speakers was Palestinian Sarah Kafisha, who was campaigning for the release of her father, Ayman Kafisha, who was arrested in 1997 and, according to the Jerusalem Post, “charged in connection with the kidnap-murder of soldier Sharon Edri, the killing of three women in the Apropo cafe bombing, and the murders of members of the Unger and Monk families”.

Also at the gathering was former Labour MP Martin Linton who had been forced to apologise for making antisemitic comments about the “long tentacles of Israel” a year earlier, in 2010.

Also attending was former @UKLabour MP – Martin Linton. A year earlier in 2010 Linton was forced to apologise for making antisemitic comments about the “long tentacles of Israel” – https://t.co/ZOoggs6AZj pic.twitter.com/1y83wmCUbh

This latest discovery is just another in a very long list of times that Jeremy Corbyn has shared platforms with anti-Semites.