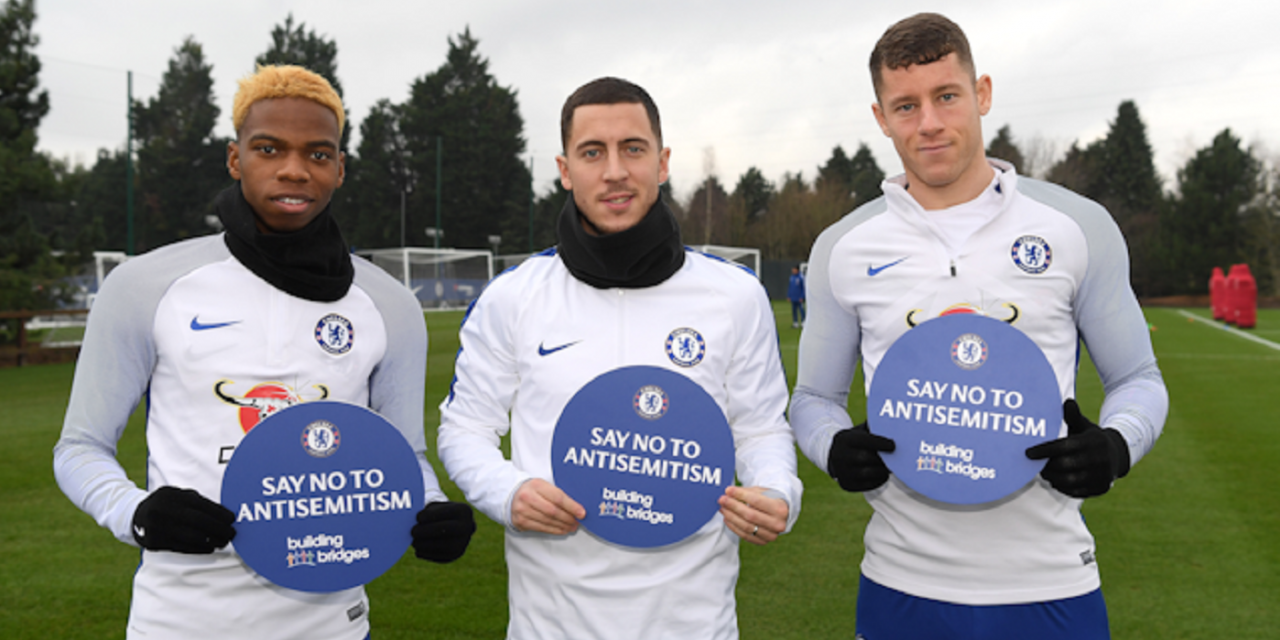 Chelsea Football Club has launched a new campaign, aimed at raising awareness of and educate players, staff, fans and the wider community about antisemitism in football.

Set to launch ahead of their Premier League game against Bournemouth on 31 January, the initiative, which is supported by the club owner Roman Abramovich, is part of the club’s on-going inclusion work, through the Chelsea Foundation’s Building Bridges campaign.

A club statement read: “Everybody at Chelsea is proud to be part of a diverse club. Our players, staff, fans and visitors to the club come from a wide range of backgrounds, including the Jewish community, and we want to ensure everyone feels safe, valued and included.

“Through the campaign, we will be working with organisations and individuals at home and abroad, including the Holocaust Educational Trust, the Jewish Museum, the Community Security Trust, Kick It Out, the World Jewish Congress and the Anne Frank House.”

As part of the initiative, the Chelsea Foundation’s equality and diversity workshops in primary schools will be extended to talk specifically about Jewish faith and culture, while additional activities taking place throughout the year will also include educational visits to former concentration camps for staff, fans and stewards, an exhibition at the Chelsea Museum on football and British Jews and screenings of Liga Terezin – a documentary about a football league run from a concentration camp during the Holocaust. The club are hoping to welcome Holocaust survivor, Harry Spiro, to Chelsea to share his and his family’s story.

‘Sadly antisemitism remains a serious issue in our society. Every effort made to fight it should be applauded and welcomed, and we are delighted and proud to be working with Chelsea Football Club to ‘say no to antisemitism’. Hearing from a survivor, learning about the Holocaust, and understanding what language constitutes hate speech, all contribute to a better understanding and greater awareness of what antisemitism is and how to combat it. Through this initiative Chelsea are making a real commitment in fighting this issue within the game and the wider community.’