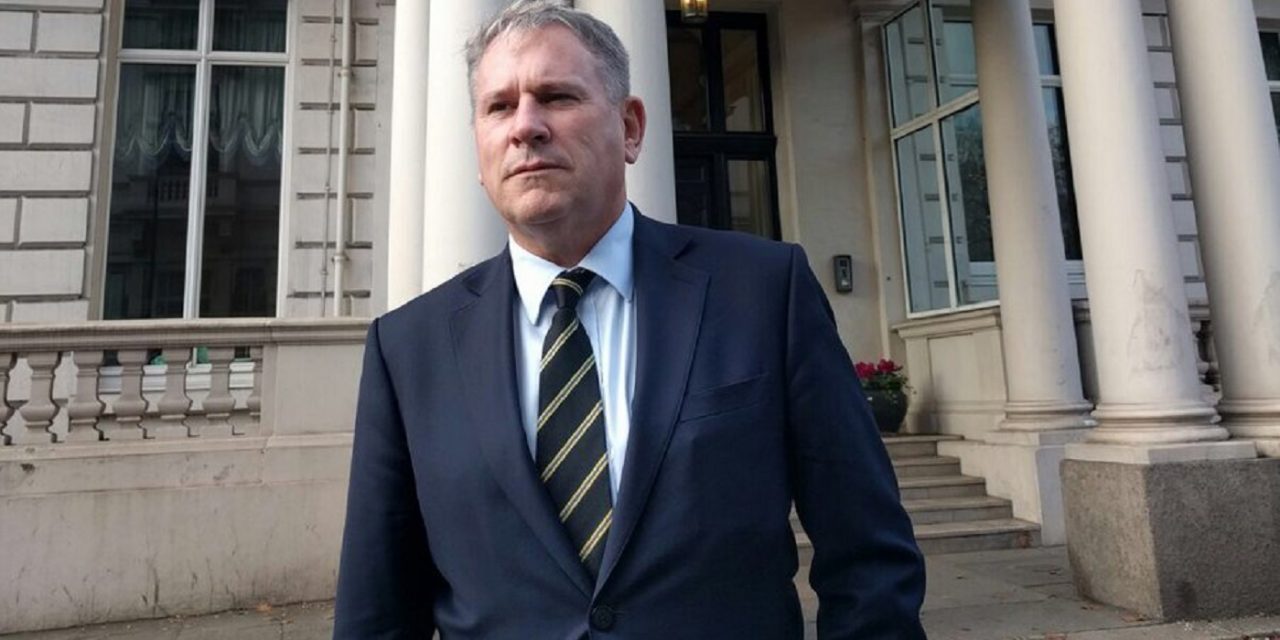 Colonel Richard Kemp, retired Commander of the British Army in Afghanistan, has hand-delivered a letter to the Kuwaiti embassy in London to protest the national airline’s ban on Israeli passengers.

Colonel Kemp, who fought to defend Kuwait in the 90s, has demanded that Kuwait Airways lifts its “grotesque and unjust ban on Jews”, a policy that “punishes people innocent of any offence” and encourages and validates anti-Semitism everywhere.

“The discrimination against individuals because of their nationality, ethnicity and religion is deeply disturbing,” writes Kemp in his letter to the Kuwaiti Ambassador, “especially at a time when anti-Semitism is on the rise here in the UK and Europe, and around the world. It is also concerning as both Kuwait and Israel are close friends of the United Kingdom.”

“In 1990-1991, alongside our Arab allies, I and many other British soldiers, as well as American forces and troops from other Western nations, including Jewish soldiers, fought to liberate your country from Iraq’a aggression. 148 of my comrades in arms were killed fighting for Kuwait. We did not put our lives on the line to see such blatant discrimination against Jews by your countrymen.”

Kemp also acknowledged that although Israel didn’t play an active combat role, it did provide “significant support to the Coalition” which helped make victory possible.

“As you know,” Kemp continued, “Israel continues to give vital assistance to both of our countries in the fight against international terrorism, which has saved many Kuwaiti and British lives – not to mention the immense and globally-renowned contribution, including life-saving technology that Israel provides to people everywhere including Kuwaitis.

Kuwait Airways was recently in headlines following a Frankfurt court’s ruling that the airline may bar Israeli citizens from boarding the flights from Germany.