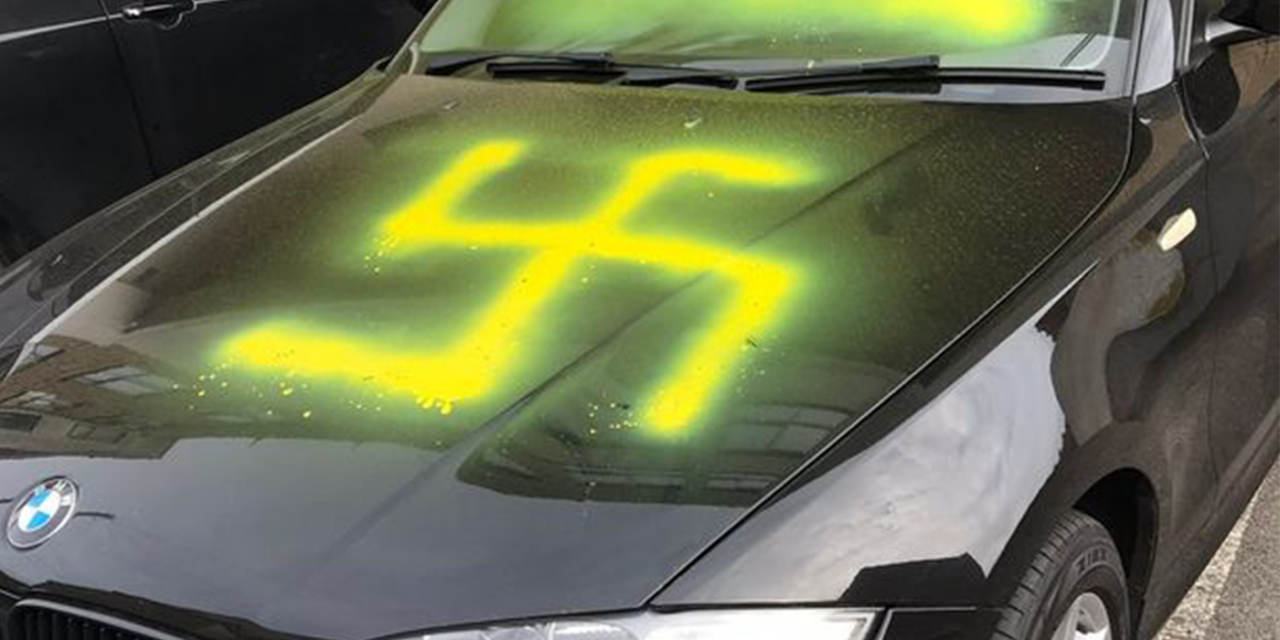 Police are investigating after a huge neon swastika was sprayed on a car in Bristol this week. A hate crime which prompted Israel’s President to comment on the ‘shocking sign of rising antisemitism’ in the UK.

The ‘giant symbol of hate’ was left on the vehicle on Waters Road, Kingswood near Bristol.

Nick Bayne, a Jewish man who lives across the street from where the graffiti was found, said he was “absolutely shocked” to see the swastika, the Bristol Post reported.

“It’s awful, it’s a gut punch. Me and my wife, who is the granddaughter of a Holocaust survivor, feel anxious about this – it was right next door to where we live.”

“We used to feel it was quite a safe neighborhood. It has put us on edge.”

“It’s a sign that people are starting to feel empowered enough to do something like this. It’s absolutely shocking – a giant symbol of hate.”

Yaakov Hagoel, Vice Chairman of the World Zionist Organization, called for a “harsh punishment” for the vandal responsible.

“The incitement and incidents of anti-Semitism against Jews don’t stop on the holiest day of the year, Yom Kippur. Anti-Semitic criminals know exactly when to hit their targets.”

“I thank the local police for taking this matter seriously, but that isn’t enough. We need a heavy hand and deterrence through a harsh punishment, which won’t allow those responsible the freedom to target Jews anywhere they want around the world.”

Surprisingly, the incident caught the attention of Israel’s President Reuven Rivlin who tweeted: “This is the shocking sight of rising antisemitism – a swastika sprayed on a car on Yom Kippur in Britain yesterday.

“Words of condemnation are not enough. We need Holocaust education and remembrance so governments and societies everywhere actively challenge this threat to Jews.”

Officers at Avon and Somerset Constabulary are urging witnesses to come forward.