BREAKING: Netanyahu to arrive in London TODAY for unexpected visit 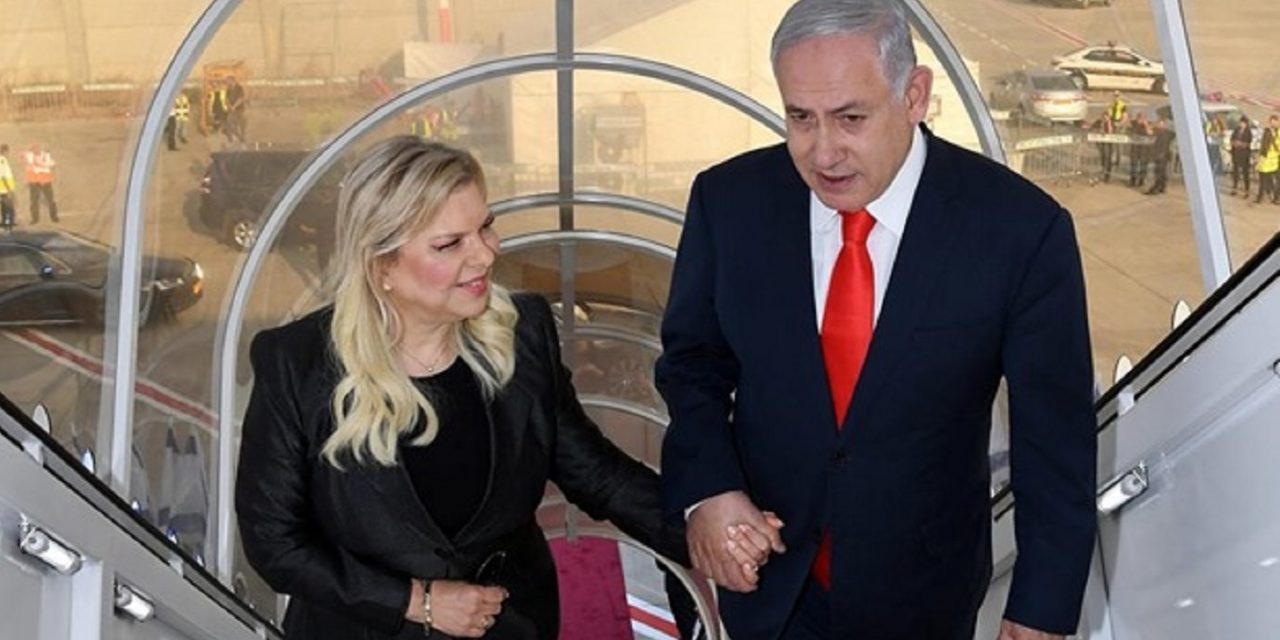 Prime Minister Netanyahu will meet his counterpart Boris Johnson at Downing Street today and a US defense official in a surprise visit to London.

Boarding a plane at Tel Aviv, Netanyahu said, “This morning we were informed of another violation, more defiance, by Iran, this time in its striving to attain nuclear weapons.

“This joins Iran’s aggressive acts against international shipping and against countries in the region, as well as its efforts to carry out murderous attacks against the State of Israel, efforts that have not ceased.

Reiterated in a Tweet, Netanyahu continued, “This is not the time to hold talks with Iran; this is the time to increase the pressure on Iran.”

“I will discuss all of these issue, and others, with British Prime Minister @BorisJohnson and @EsperDoD during my snap visit to London.  These are important matters for the State of Israel at all times, but especially now.”

The Israeli PM is expected to discuss with Johnson the current crisis in the Gulf, where British ships are currently securing waters for continued Iranian aggression. Meanwhile, the UK remains one of the signatories of the 2015 Iran nuclear deal, despite the Iranian regime breaching the agreement, and comes amid France’s proposal to offer Iran a $15 billion credit plan.

PETITION: We call for the UK to withdraw from the Iran Deal

Netanyahu is also scheduled to meet with US Secretary of Defense Mark Esper, who is currently in London.

Netanyahu wants to talk with Esper about “Israel’s security needs,” according to the Prime Minister’s Office. The two spoke by telephone on Tuesday night and decided to expand on their conversation in London, Netanyahu’s office said.

Also in the capital today is US Vice President Pence, however it is unclear whether his visit to Downing Street will coincide with Netanyahu’s.

Related article: The Watershed moment for Britain’s stand with its allies