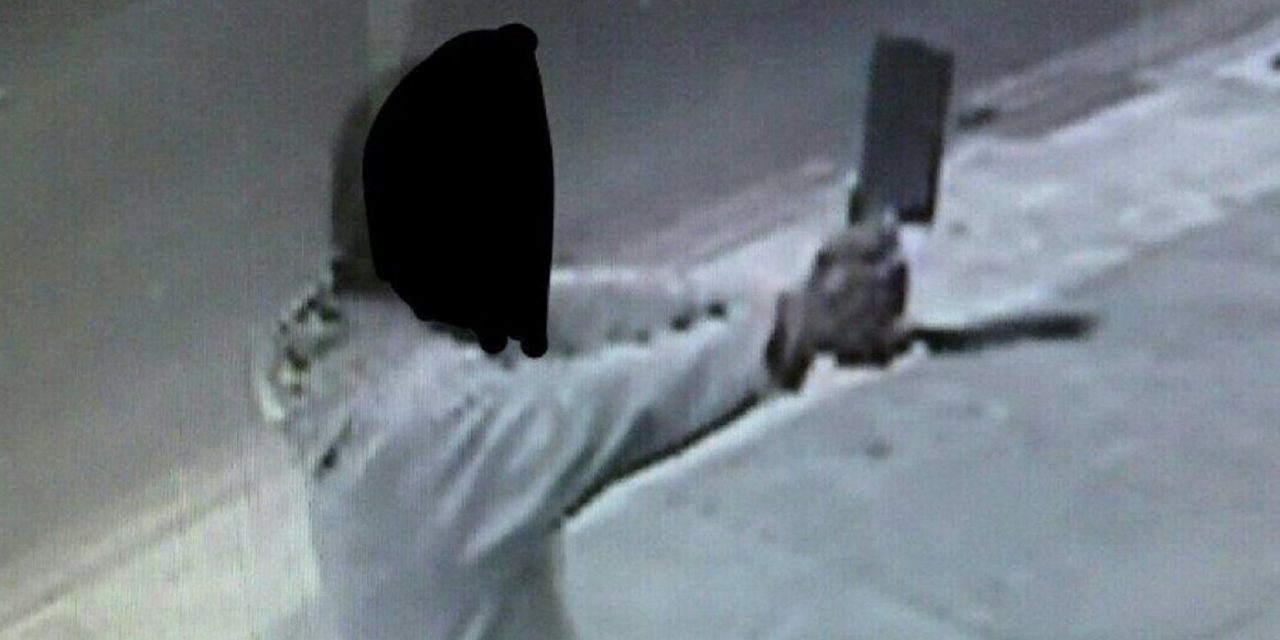 A man armed with a meat cleaver has been arrested after storming into two Jewish shops and threatening young girls.

The 61-year-old man, armed with two knives, is alleged to have targeted two Kosher food shops in Hackney, north London, and screamed, ‘You Jews run away from here before I kill you’ at the school girls.

He was apprehended by armed officers and remains in custody. No one was hurt during the incident.

After finding the first shop he visited was locked, the man is said to have then entered a store brandishing his knives and shouting: ‘Where is the boss, I will kill him!’

After he was informed that the owner was not there, the man then ran screaming towards the two girls, aged eight and 14 years old, it is reported.

Witnesses say he then fled to a block of flats where volunteers from Stamford Hill Shomrim, the Jewish neighbourhood watch patrol, cordoned off the area until Metropolitan Police officers arrived.

A police spokesman said: ‘A 61-year-old man has been arrested by police in Hackney.

Police raced to the scene and detained a 61-year-old man who has been arrested on suspicion of affray and possession of an offensive weapon.

He was taken to a north London police station where he remains in custody.

BREAKING:Man with meat cleaver & large knife threatened a young Jewish girl in #UpperClapton "you Jews run away from here before I kill you" pic.twitter.com/ttpUtBTAyb

Local police in Hackney urged people in the area not to distract them as they dealt with the incident, which happened at just after 4pm on Tuesday.

Gideon Falter, chairman of the Campaign Against Antisemitism, said: “This is an extremely frightening incident and it is very fortunate that there are no injuries reported. We commend Stamford Hill Shomrim and the Metropolitan Police Service for their bravery in rushing to the scene to protect the public.

“Violent anti-Semitic crime continues to rise at an alarming rate and will continue to do so until anti-Semitic incitement is taken seriously by the authorities before it translates into violence.

A spokesman said: “On Tuesday at just after 4pm, Shomrim in Stamford Hill responded to reports of a male making threats and brandishing a meat cleaver and a large knife, on Upper Clapton Road in Hackney E5.

“Shomrim contained the area where the suspect had fled, and liaised with local and armed police who cordoned off the area, and the suspect was subsequently arrested.

“The man is said to have tried to enter a kosher food shop but staff locked the door.

“He then allegedly entered another kosher shop brandishing his knives and shouting “Where is the boss, I will kill him!” When told that the owner was not there, he allegedly ran out of the shop towards two Jewish girls aged eight and 14, shouting “you Jews run away from here before I kill you.”