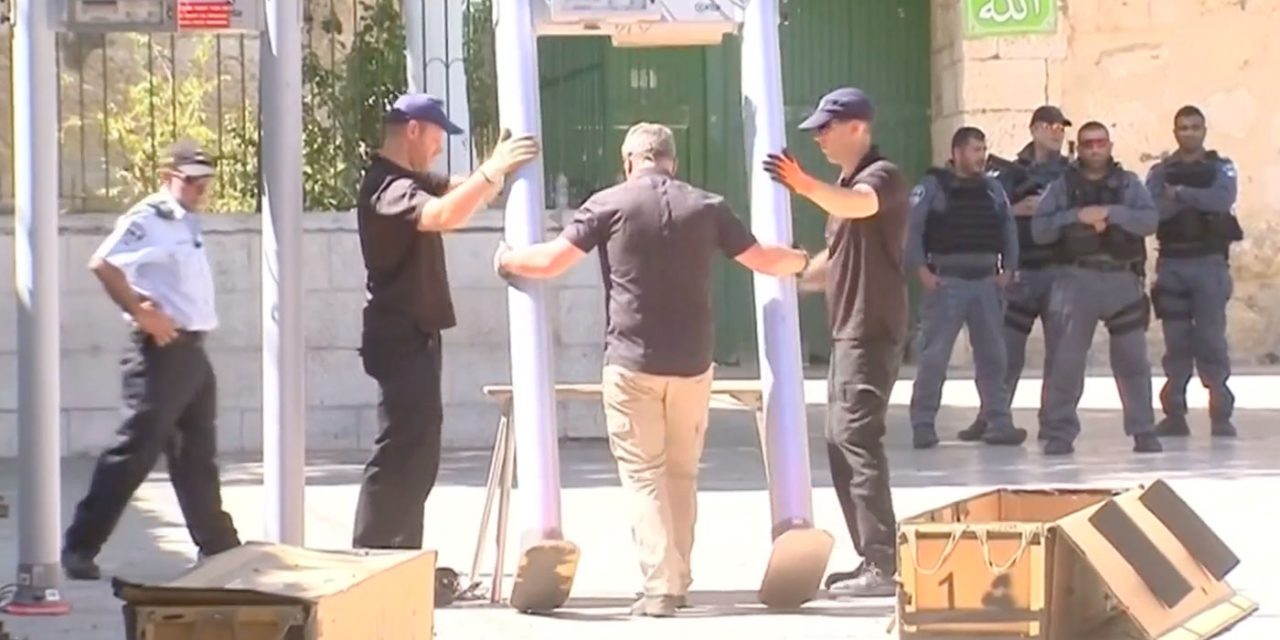 Israel ministers decided overnight that the metal detectors, set up outside the Temple Mount in Jerusalem after a deadly terror attack, would be removed and replaced with security measures based on “advanced technologies”.

The Prime Minister’s Office confirmed the decision of the security cabinet to remove the metal detectors saying the following:

The Security Cabinet accepted the recommendation of all of the security bodies to incorporate security measures based on advanced technologies (“smart checks”) and other measures instead of metal detectors in order to ensure the security of visitors and worshippers in the Old City and on the Temple Mount.

Until the implementation of the plan, the Israel Police will reinforce its units and carry out additional actions as necessary in order to ensure the security of visitors on the Mount.

The Security Cabinet decided to allocate a budget of up to NIS 100 million to implement the plan (over a time frame of up to six months) including an across-the-board cut as necessary, according to the plan to be presented by the Public Security Ministry.

The cost of the plan will also include financing for police personnel positions in accordance with the recommendation of the police.

The metal detectors were set up by Israel following a July 14 attack in which three Arab Israeli assailants killed two Israeli Druze officers just outside the Temple Mount, having stashed their weapons at the holy site beforehand and having emerged from it to carry out the attack. In a rare move, Israel briefly shut the site and re-opened it with new security arrangements in place. The implementation of the measures set off daily unrest and clashes between Palestinian rioters and Israeli police in and around East Jerusalem and the West Bank.

The violence came to a head Friday after midday prayers as three Palestinian protesters were killed in violent riots against security forces. Another two died in clashes on Saturday.

Late on Friday, a Palestinian terrorist stabbed to death three Israeli members of the Salomon family at their Shabbat table in the West Bank settlement of Halamish, as others, including five young children, rushed to hide. He was shot and wounded by an off-duty soldier who lived nearby.

The Muslim world acted in outrage at Israel’s decision to install metal detectors. They protested in various countries, including London where Israel flags were burned. In other countries synagogues were targeted with anti-Semitic hate and in Jordan a tourist group of Israelis were told that they would go to prison if they prayed in any part of the country. This correlates to the fact that Jews are not allowed to pray on the Temple Mount.

Israel’s decision may defuse tensions for now, but it feels like the irrational Muslim outrage has once again prevailed over common sense.