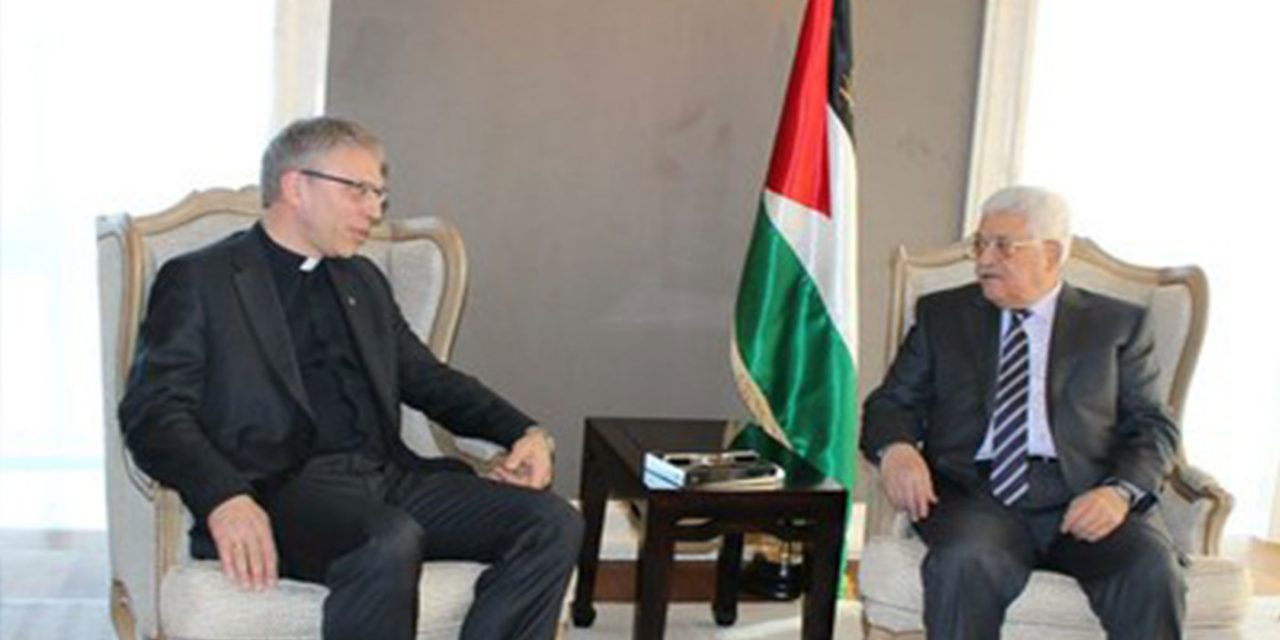 The World Council of Churches (WCC) has officially endorsed the Palestinian “Campaign for Jerusalem” whilst calling Israel’s actions of installing extra security in Jerusalem “corrosive”.

The WCC claims to represent various denominations and more than 550 million Christians worldwide, but appears to possess a complete lack of understanding for the current situation in Jerusalem and basic Bible knowledge.

“Denying access to holy sites for thousands of people who have traveled far to pray is not only a violation of the rights of those individuals, but also a corrosive act in the midst of an already-fragile peace.”

Prof. Sauca shows a clear lack of understanding for the situation. Israel is not “denying access” to anyone by installing metal detectors at the entrance to the holy site. It is allowing everyone to enter the site, but stopping them taking weapons with them. It is that simple!

Israel was forced to implement the security measures only after two Israelis were shot dead by three terrorists who smuggled the weapons onto the Temple Mount. The officers were protecting the Temple Mount.

We won’t even begin to argue how Biblically wrong the WCC is being when endorsing this, but they have a history of anti-Israel actions, including supporting the Boycott, Divestment and Sanctions (BDS) campaign against Israel.

The Algemeiner reports that the WCC has been mocked for protesting against Israel’s installation of metal detectors at the site, when such measures are common at religious sites around the world.

In 2015, Saudi Arabia introduced a range of new restrictions, including electronic bracelets, for Muslims performing the Hajj pilgrimage to Mecca after capturing a suicide bomber who planned to attack the Grand Mosque in Islam’s holiest city. Major Christian sites, most obviously at the Vatican in Rome, have also implemented enhanced measures amid a continuing wave of Islamist terror attacks in Europe and the Middle East.

“The installation of metal detectors is taken for granted at the Vatican, at government offices, at every airport around the globe,” said Rabbi Yitzchok Adlerstein – Director of Interfaith Affairs at the Simon Wiesenthal Center (SWC). “They were first made necessary when Palestinians internationalized terrorism decades ago.”

A statement from the SWC argued: “If the WCC’s call to maintain the ‘status quo’, i.e. free access without metal detectors, is heeded, it will be complicit in the shedding of blood in the future. If the WCC is truly interested in protecting the rights of all the prayers, they should denounce extremist protests and threats made against Istanbul’s leading synagogue, which has suffered two previous terrorist attacks.”

Since Israel installed the metal detectors, Palestinian leaders have incited violence against Israel by falsely accusing the Jewish state of changing the status quo and calling for days of rage and rioting on the streets and now announced the “Campaign for Jerusalem”.

Today, the Abbas’s Fatah party, the ruling party in the Palestinian Authority, issues a statement declaring that the “Campaign for Jerusalem” had begun. Yesterday, Abbas declared that all security measures between Israel and the Palestinians were suspended and that “Israel will lose”.

In a statement Fatah said the “campaign for Jerusalem has effectively begun, and will not stop until a Palestinian victory and the release of the holy sites from Israeli occupation.”

Fatah, the ruling party of the Palestinian Authority, praised Palestinian rioters who took to the streets of Jerusalem over the past week to protest the installation of metal detectors at the Temple Mount compound following a deadly terror attack at the holy site. Three Palestinians were killed in clashes with Israeli police.

Fatah called for three days of mourning and a general strike for the dead rioters and added that they were engaging in “intifada (armed struggle) against the enemy.”

“Their acts were for the protection of Al-Aqsa and their struggle against the Israeli plans, while sacrificing souls and blood,” the faction said.

That’s right, the Palestinian Authority is calling for souls and blood over the very rational installation of metal detectors. And the World Council of Churches is endorsing it.