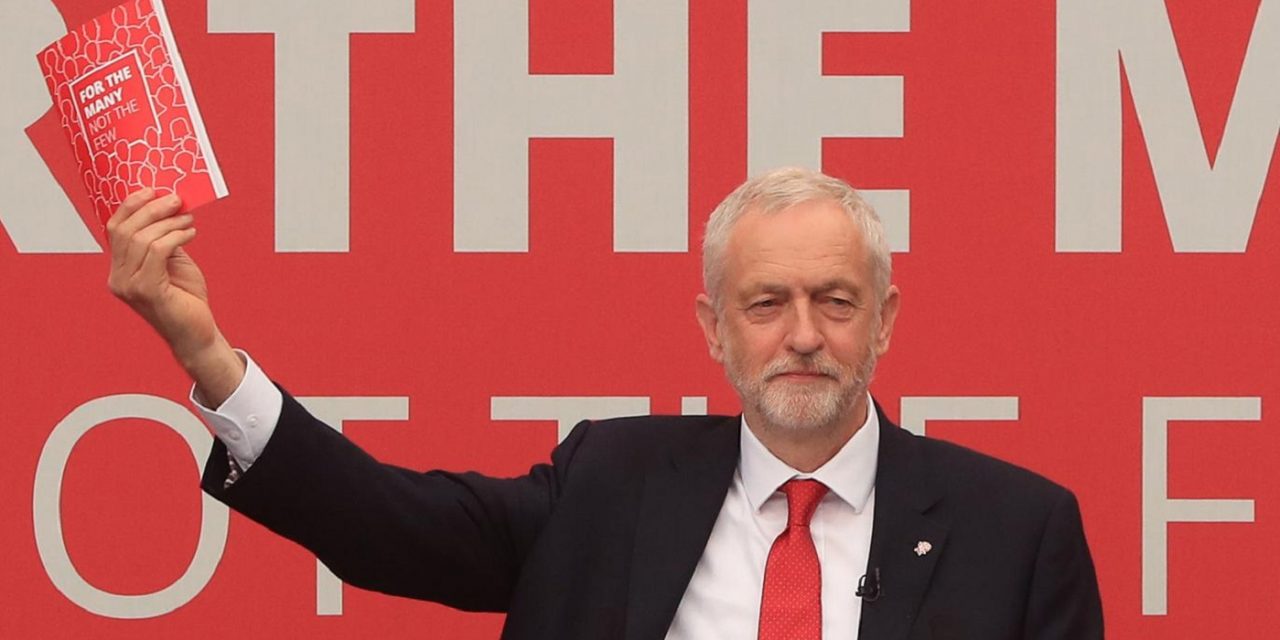 The Labour Party Manifesto, released today, says Britain will “immediately recognise the state of Palestine” under a Labour government.

Last week the draft manifesto was leaked to Guido Fawkes and included wording saying that Labour government would “support Palestinian recognition at the UN”. However, this final resolution has brought this issue closer to home, stating that “A Labour government will immediately recognise the state of Palestine.”

Stating the obvious, this means that if Labour wins the General Election next month, Britain will immediately recognise the Palestinian territories as “Palestine”.

This will undermine all attempts to move the Palestinian Authority away from extremism and will reward the Palestinians for promoting and inciting violence against Israel and Israeli civilians, counter productive to bringing peace in the region.

The manifesto, launched by Jeremy Corbyn for the 2017 General Election on 8 June, titled “For the Many Not the Few”, contains a few sentences regarding Israel and the Palestinian territories.

The full wording is as follows:

“Labour is committed to a comprehensive peace in the Middle East based on a two-state solution – a secure Israel alongside a secure and viable state of Palestine. There can be no military solution to this conflict and all sides must avoid taking action that would make peace harder to achieve. That means both an end to the blockade, occupation and settlements, and an end to rocket and terror attacks. Labour will continue to press for an immediate return to meaningful negotiations leading to a diplomatic resolution. A Labour government will immediately recognise the state of Palestine.”

Within the manifesto Labour has added wording from last weeks draft that includes saying they will seek “an end to rocket and terror attacks”, without specifying the perpetrators of those attacks. They also mention and end to what they describe as “the blockade, occupation and settlements”. The Labour party has also committed to tackling the rise of anti-Semitism in Britain.