Israeli policeman condemned for shooting the terrorist who stabbed him 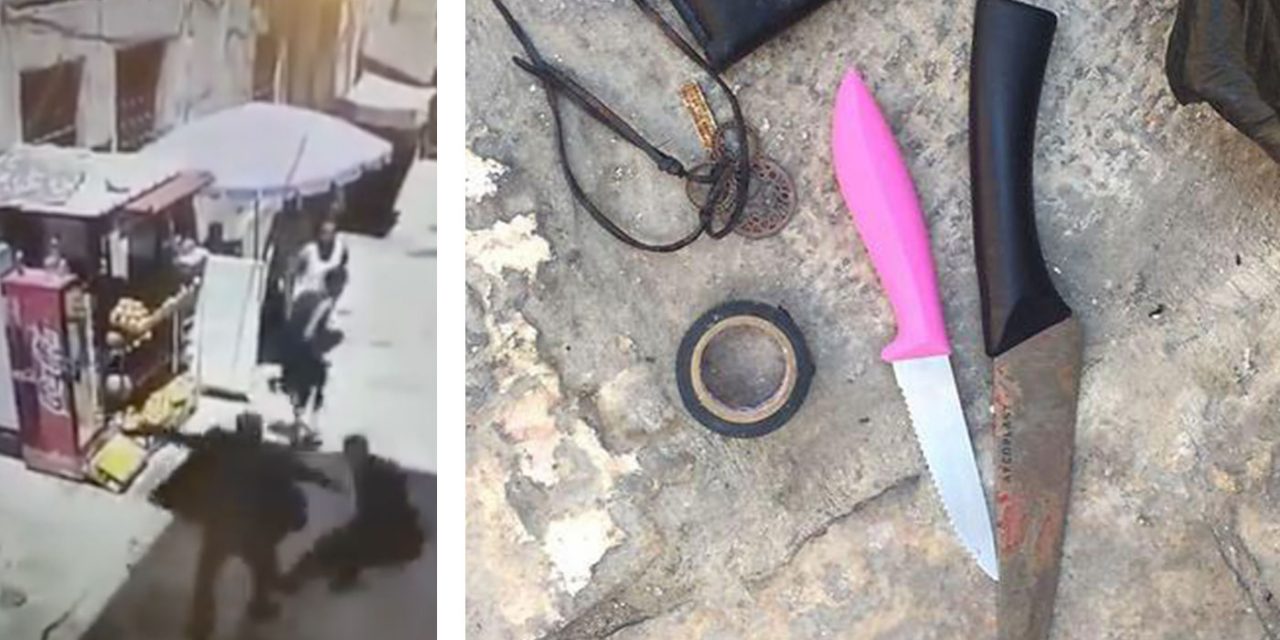 On Saturday, a Jerusalem police officer shot dead a Jordanian attacker who assaulted the Israeli and stabbed him multiple times.

Watching the short 10 second struggle between these two men, you can see that there was no time for conversation and no opportunity to safely disarm the man. It was pure instinct and reaction.  As the Israeli felt the blade cut into him, repeatedly penetrating his upper body, he instinctively acted in self defence. He wrestled his attacker to the floor, pulled out his weapon and shot.

Warning: Some viewers may find these images distressing.

The images clearly show that the Israeli was acting in self-defence, forced into a fight to save his life. If he did not stop the man, he would have been killed. Not only that, but the young Jewish family nearby could also have been in danger.

Despite all the evidence, many people will have only read the headlines that describe the situation in simple terms, such as, “Israeli policeman shoots Jordanian “stabber” in Jerusalem.” Few news agencies are willing to put on record that the attacker stabbed the policeman. It is always alleged, or “according to police”,  but when you view the video, there is little denying it.

Despite all this evidence, anti-Israel critics will blame Israel for this killing. And that is exactly what Jordanian government spokesman Mohammad al-Momani did when he released a statement holding that “the Israeli government, as the occupying power, bears responsibility for the shooting and killing of a Jordanian citizen in the occupied East Jerusalem on Saturday,” according to the Jordan News Agency.

The agency added that the Jordanian government condemned Israel’s actions, labelling the shooting as a “terrible crime” committed against one of Jordan’s citizens. Jordan went as far as labelling the attacker a “martyr”, a high honour in Islam.

Prime Minister Benjamin Netanyahu’s office responded harshly: “It is outrageous to hear the backing of the Jordanian government spokesman for the terrorist attack in the Old City of Jerusalem.

“A security video clearly shows a Jordanian tourist stabbing an Israeli policeman with a knife. It’s time for Jordan to stop this double game. Just as Israel condemns terrorist attacks in Jordan, Jordan must condemn attacks in Israel. Terrorism is terrorism wherever it is.”

The Israel Police released a statement announcing that the officer had responded with determination and professionalism while wounded and had managed to shoot the assailant.

“We are very proud of you, proud of what you did and of how you reacted,” Halevy said. “In the end we save lives, save civilians. You knew to respond correctly, and you were in the right place.

“I personally am proud of you, and your commanders and all of us in Jerusalem are proud of you. We know exactly what was there. We understand everything, and your response was excellent, professional, correct and safe.”

N. responded from his hospital bed, “You have no other choice. You have to fight to save civilians and your life. I tried to do everything for my family.”