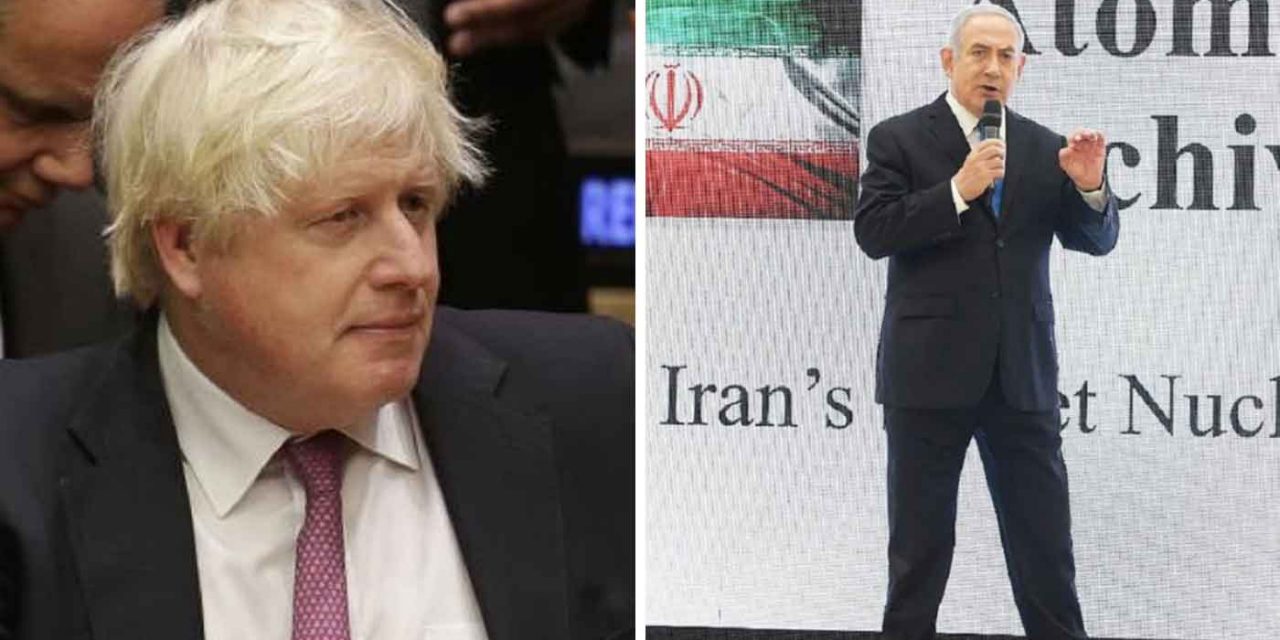 The UK government still thinks the Iran Nuclear Deal is the best way to prevent Iran from obtaining nuclear weapons because it allows for “intrusive inspections”, Boris Johnson has said.

The Foreign Secretary made the comments following Israel’s revelations that show Tehran lied about and covered up its weapons programme before signing the deal three years ago and that Iran still has plans to produce nuclear weapons.

Mr Johnson said the presentation by Israeli Prime Minister Benjamin Netanyahu “underlines the importance” of keeping the deal’s constraints on Iran in place.

In contrast to Johnson’s words, the new US Secretary of State Mike Pompeo said the evidence showed that the deal “was built on Iran’s lies,” adding: “Iran’s nuclear deception is inconsistent with its pledge that ‘under no circumstances will Iran ever seek, develop, or acquire any nuclear weapons.’”

Donald Trump has set a 12 May deadline to decide whether to pull the US out of the accord.

“You may well know that Iran’s leaders repeatedly deny ever pursuing nuclear weapons,” he said, before playing clips of Iran’s supreme leader, president and foreign minister denying the country ever sought such capabilities weapons.

Netanyahu went onto detail the so-called Project Amad, which beginning in the early 1990s put Iran on a path to “design, produce and test… five warheads, each with a 10 kiloton TNT yield, for integration on a missile.”

“That is like five Hiroshima bombs to be put on ballistic missiles,” he said of the plan.

“These files conclusively prove that Iran is brazenly lying when it says it never had a nuclear weapons program. The files prove that,” he said.

Amid growing pressure, Iran decided to shut down Project Amad in 2003, Netanyahu said, instead splitting their nuclear program into covert and overt tracks in order to avoid scrutiny.

“This is exactly what Iran continued to do,” said Netanyahu. “Iran planned at the highest levels to continue work related to nuclear weapons under different guises and using the same personnel.”