Biblical mosaics of Jonah and Tower of Babel discovered at 1,600-year-old Israeli synagogue 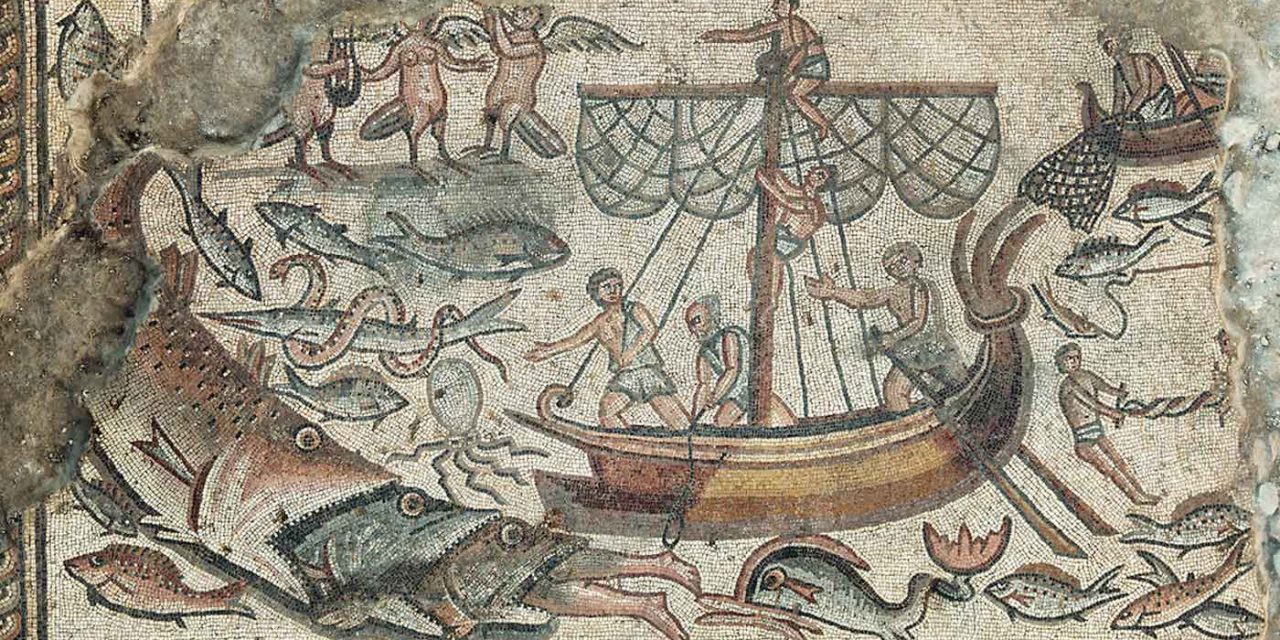 Archaeologists have made some more amazing discoveries at an ancient synagogue in Israel.

In 2012, archaeologists uncovered the ruins of a 1,600-year-old synagogue at Huqoq, a site three miles west of the Sea of Galilee in Israel. Last year the archaeologists revealed some of the mosaics they had discovered, and now, they have found even more.

The scenes vary from well-known Biblical stories such as Jonah and the Whale, Noah’s Ark and Moses Parting the Red Sea, which features Pharoah’s soldiers being swept up and swallowed by dozens of fish.

The synagogue also features non-Biblical mosaics, such as the zodiac at the floor’s centre as well as a portrayal of Alexander the Great, complete with soldiers and armoured elephants.

Not only is the artwork in the synagogue of exceptional quality, but it also highlights a rich visual culture at a time when Jewish art is believed to have shunned images.

“There’s this idea that Jewish art never depicted figures,” says Magness, “but we have plenty of synagogues from this period with figural images such as animals and people.”

What’s particularly surprising is that the monumental, elaborately decorated synagogue appears to have been the religious center of a small, albeit wealthy Jewish village. “I have no explanation” for such a grand building in a small settlement, says Magness. “It definitely wasn’t on anyone’s radar before we started excavating there.”

Click here to see some of the amazing images.