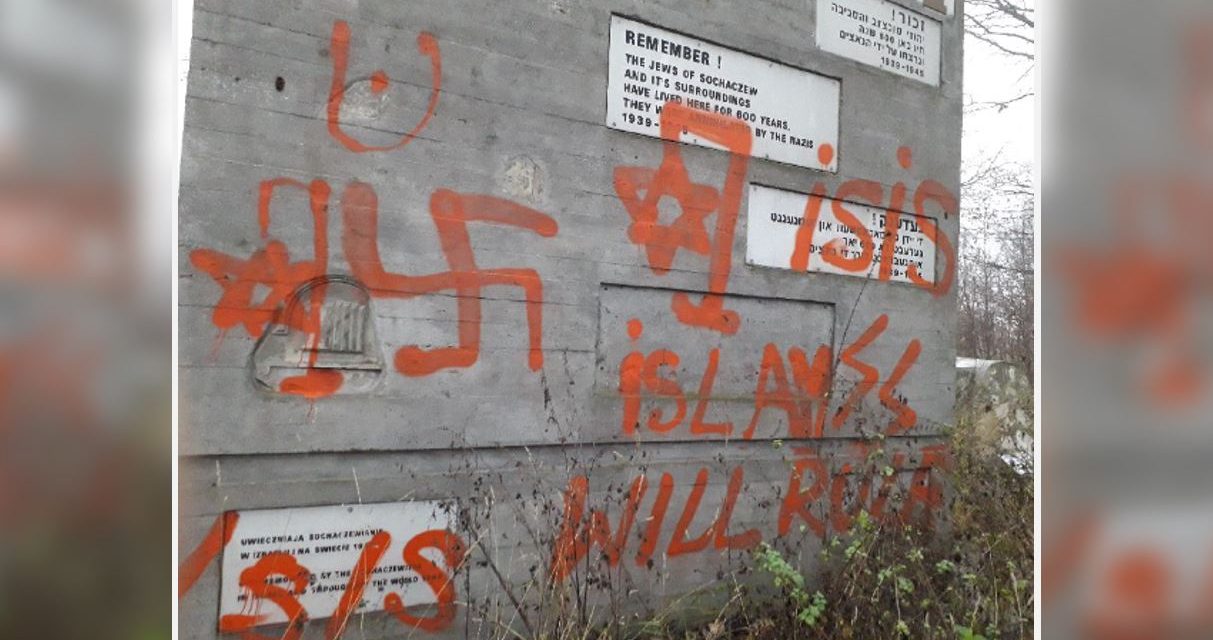 A monument commemorating the Holocaust in Poland has been defaced with ISIS inscriptions and swastikas in a sickening anti-Semitic attack.

The daubing in red paint included “Death 2 Poland,” “ISIS will Rule,” and included a disturbing drawing of a Jewish star hanging from a hangman’s post. This marks the second time that the cemetery has been desecrated since 2015.

The graffiti also included the Arabic letter “N”, or ن​, which is the first letter of the Arabic word for Christian, “Nasrani” or Nazarene. In Syria and Iraq, Islamic State militants daubed this symbol on properties belonging to Christians to identify before being targeted. Christians have since used the symbol as a sign of solidarity with persecuted Christians in Syria and Iraq. “We are horrified by this act,” said Gideon Taylor, co-chair of Foundation for the Preservation of Jewish Heritage in Poland, which owns the cemetery. “However, we are grateful that the local authorities have responded and are investigating. This act of hatred is shameful and a painful attempt to try to destroy history and the memory of so many innocent lives that were killed in the Holocaust.” The commemorative monument is designed with inlaid plaques in English, Hebrew and Polish paying tribute to the Jewish victims of the Nazis in WWII. The plaque in English reads: “REMEMBER! The Jews of Sochaczew and its surroundings have lived here for 600 years. They were annihilated by the Nazis, 1939-1945.”

There were 4,000 Jews living in Sochoczew, Poland in 1939.  They were deported to labour camps or the Warsaw Ghetto and then to Treblinka concentration camp. After the Holocaust, none returned. 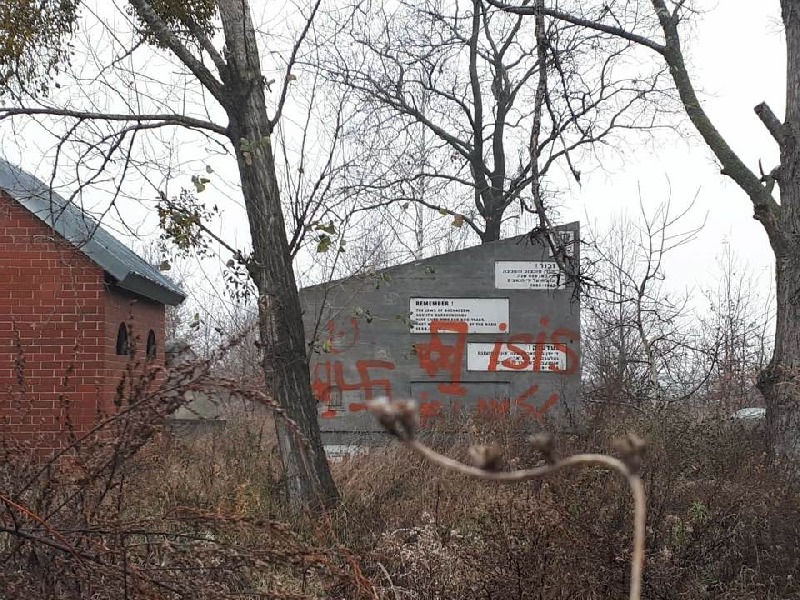