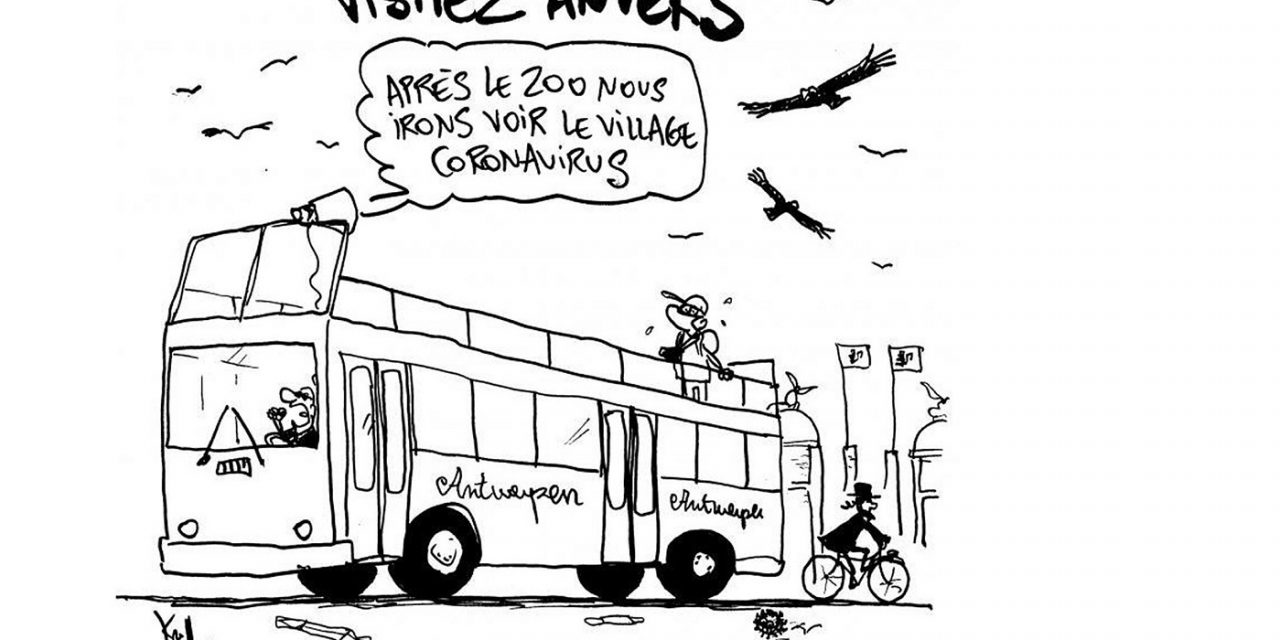 A Belgian daily is under fire for a cartoon that critics say refers to the Orthodox Jewish neighborhood of Antwerp as “coronavirus village.”

The August 7 drawing in Le Soir by artist Pierre Kroll, who has fought off allegations of antisemitism for several previous drawings, shows a tourist bus under the title “Go Visit Antwerp.” An Orthodox Jewish man is cycling nearby without wearing a face mask, several of which are seen on the ground around the bus. A speech balloon above the bus driver reads: “After the zoo, we’ll go tour ‘Coronavirus Village’.”

Richard Kennigsman, a well-known Jewish-Belgian satirist, wrote on Facebook that while has “not called Kroll an anti-Semite, his painting may be considered as such.”

The artist, Pierre Kroll, has denied previous allegations of anti-Semitism, telling a journalist that he has "many Jewish friends." https://t.co/8IdgXviko5