A Belgian teacher who won a prize in an international Holocaust cartoon contest held by Iran has been praised by his former school for his artwork, the JTA reports.

Luc Descheemaeker won a $1,000 award for his drawing depicting the West Bank separation barrier, and atop it the words “Arbeit macht frei” — “work sets you free” in German, the phrase found on top of the gates to Auschwitz.

First prize was taken by an entry that depicted a cash register shaped like Auschwitz, according to the JTA.

The contest, which has drawn condemnation from UNESCO as a “mockery of the genocide of the Jewish people,” was previously held in 2016. 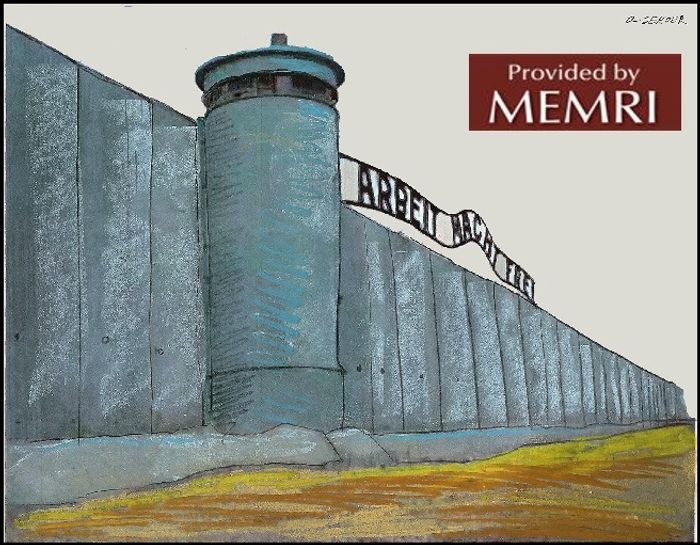 A member of staff at Belgian-Jewish journal Regards emailed the school with a link to a website displaying the contest winners, with the comment: “It must be a great pride for Sint-Jozefs Institute-College to be associated with the values Luc Descheemaeker stands for,” JTA reports.

In response, senior faculty member Martine de Zutter wrote back: “We are indeed very proud to have Luc associated with our school. His talent is of great value for the artistic education of our students!”

JTA contacted the school to ask whether it is specifically pleased with the contest award. School Director Paul Vanthournout said that the school “had no position on the award” and that de Zutter did not specifically mention the cartoon in question.

He did, however, say that the school was proud of the teacher’s work within its halls. Descheemaeker in 2002 won a royal award from Queen Paola of Belgium after he put on a play based on Art Spiegelman’s graphic novel Maus, which won a Pulitzer Prize for its portrayal of both the Holocaust itself and its impact on second-generation survivors, JTAreports.

“I understand you find criticism on Israel’s actions in the West Bank and Gaza unpleasant, but your consideration of it as anti-Semitic is exaggerated,” he wrote to JTA.

He further added that the school takes the position that the Holocaust, which “featured atrocities of hitherto unseen proportions,” cannot be compared with Israel’s treatment of the Palestinians. Nonetheless, he said, it “cannot serve as an alibi to solving conflicts with violence.”

The International Holocaust Remembrance Alliance points to “drawing comparisons of contemporary Israeli policy to that of the Nazis” as an example of anti-Semitism, the JTAnotes.

The US State Department has warned that the contest could “be used as a platform for Holocaust denial and revisionism and egregiously anti-Semitic speech, as it has in the past.”