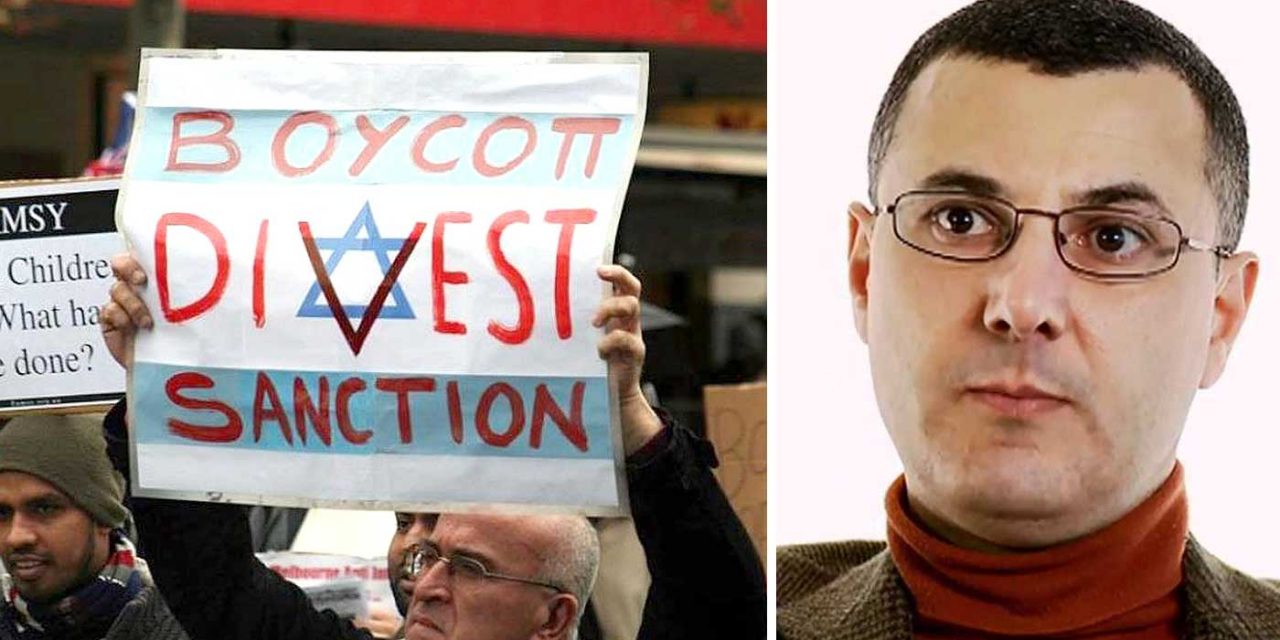 The founder of BDS, Omar Barghouti, has made the outrageous claim that Jews don’t have their own culture but are instead part of Arab culture and have nothing to do with Israel and Zionism. This bogus statement is another attempt to delegitimise the Jewish people’s claim to the land of Israel and is problematic when you consider that most Arab countries persecuted and expelled their Jews, removing their citizenship from them when Israel was reborn as a nation.

The wild claims by Barghouti, who is known as the founder of the Boycott, Divestment and Sanctions (BDS) movement against Israel, were brought to light by Israellycool who posted clips an interview where he made the comments.

“Arab culture is not understood in the narrow ethnic sense. It includes Kurdish and Imazighen (Berbers) and Jewish. So celebrating the Jewish component in Arab culture is something not just we accept, we hold for, we advocate, we are proud of that heritage.”

“No one should confuse Jewishness with Israeliness and Zionism. Jewish culture is part of Arab culture, yes, in the Arab region. But Israel cannot be, as a settler, colonial, apartheid state, it cannot be a normal part of this region… This is not about Jewish Arab culture, no, it is an attempt to normalise Israel’s Zionisation and Israelisation of Jewish Arab culture. Trying to say Moroccan Jews are Israeli, are part of Israel. No, they’re Moroccan Jews, it’s part of Moroccan culture, it’s part of the Arab region. It is not Israeli. You’re a state that didn’t exist 74 years ago.”

It should not be a surprise to any Christian Zionists reading this that the man behind the global movement to demonise Israel would have views that are not only factually incorrect but blatantly anti-Semitic.

Contrary to what Barghouti says, the Jewish people are their own unique people group with racial, religious and cultural autonomy.

Jewish culture is written in Scripture, being born out of Abraham and carried on to future generations through Isaac, Jacob and beyond.

Israel is also part of that Jewish history. The land of Israel was given to the Jewish people by God as recorded in Scripture. Historical records and archaeology help to confirm this Biblical truth and testifies to the fact that the Jewish people have been continual inhabitants of Israel for over 3,000 years. Jerusalem is the only city given to a people as commanded by God, and it is only the Jewish people who have made that city their capital, having done so in the past and once again when Israel was reborn.

The main reason Jews lived in Morocco or other Arab countries is that they were driven out of their homeland by those who hated them. Jews were also spread throughout Europe, Asia, the Americas and other parts of the world. It doesn’t mean Jewish culture was removed from the Jews and given to the cultures they lived in. Jewish culture remains uniquely for the Jewish people.

It’s not surprising that Omar Barghouti, a man who is trying to steal the land of Israel away from the Jews, is now also trying to steal Jewish culture from the Jews also. It is just another attempt to delegitimise the Jewish people’s claims to the land of Israel. However, this time he has gone further this time by undermining their religion and autonomy as a people.

Barghouti’s claims are anti-Semitic to the core, just like the movement he founded.