Awaken! – A message for the Feast of Trumpets 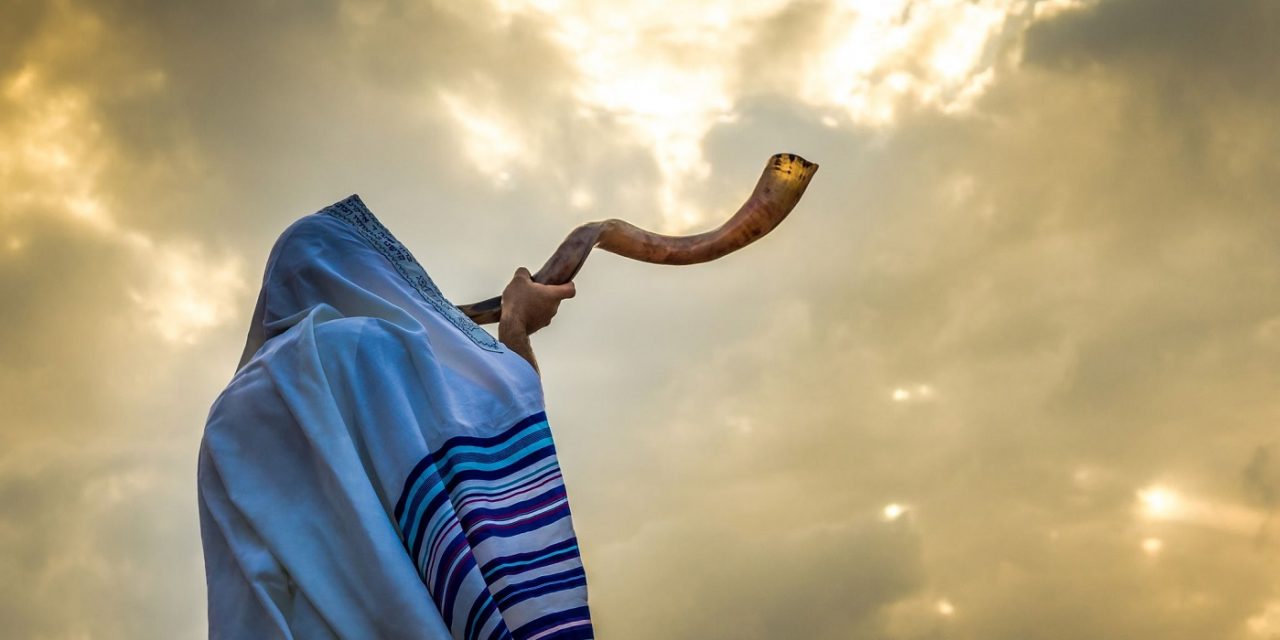 Today marks the first day of Rosh Hashanah or Feast of Trumpets, which is the beginning of the New Year in the Jewish civil calendar. Rosh Hashanah literally means “first” or “head of the year.” Its traditionally celebrated at the end of the agricultural year and is the seventh month in the Jewish religious calendar.

One of the key features of the Feast of Trumpets is the blowing of trumpets, or to be exact, the ‘shofar’ or ram’s horn. Whilst it is custom to blow the shofar at various times voluntarily, the Bible specifies certain times when it is mandated, such as on the first day of the month, entering battle, the anointing of a new king and during feasts. During Rosh Hashanah specifically, it is required to be blown on each day of the feast. In fact, Jewish law requires it to be blown 30 times on each day of Rosh Hashanah and by custom is blown 100 or 101 times each day.

Now, anything that has been instituted by God Almighty is worthy of our attention. Afterall, the piercing sound of the shofar is meant to be heard by its listeners. Let’s read the passage in which God gave this instruction to the Jewish people:

The sons of Aaron, the priests, shall blow the trumpets; and these shall be to you as an ordinance forever throughout your generations. “When you go to war in your land against the enemy who oppresses you, then you shall sound an alarm with the trumpets, and you will be remembered before the Lord your God, and you will be saved from your enemies. Also in the day of your gladness, in your appointed feasts, and at the beginning of your months, you shall blow the trumpets over your burnt offerings and over the sacrifices of your peace offerings; and they shall be a memorial for you before your God: I am the Lord your God.”

The Biblical festivals, the precise dates for which are based on lunar months, were laid down in the Law of Moses.

Blow the trumpet at the time of the New Moon,
At the full moon, on our solemn feast day.
For this is a statute for Israel,
A law of the God of Jacob.

Another interesting aspect of Rosh Hashanah is that it is noted as being the commemoration of the Creation of the world. It also marks the beginning of 10 days of repentance and contemplation that culminates in the holy day of Yom Kippur.

Although the Bible doesn’t say specifically why the shofar should be blown on Rosh Hashanah, a lot of emphasis is placed on the individual to seek what God is saying at the start of the New Year. The tenth century rabbi, Saadia Gaon, compiled 10 thought-provoking reasons (paraphrased below) explaining why the shofar is blown at Rosh Hashanah. Maybe the Lord is speaking to you through one of these reminders today.

From what we’ve already mentioned, the important festival of Rosh Hashanah signifies the end of one season and the beginning of a new season or period. The fact is, we don’t want to enter into anything without recognising God as sovereign. If God Himself instructed the sounding of the shofar then it must imply that the occasion is not without insignificance.

We see this throughout the Hebrew Scriptures, where God wants to awaken the attention of His people. It’s interesting that we also read in the New Testament, that the ‘trumpet of God’ will announce an incredible event described in 1 Thessalonians 4 that will see believers in Jesus Christ meet the Lord together in the air. This will usher in a new season, the end of one period and the beginning of a new period in accordance with God’s plan and purpose.

The word that I felt the Lord impress upon me whilst preparing this teaching was ‘Awaken’. God wants our attention. He wants you to hear the sound of His voice. He wants us to be alert. To be attentive to His call. That is why I believe the shofar features so prominently in this festival.

Awake, awake, put on strength, O arm of the Lord! Awake as in the ancient days, In the generations of old.

And do this, knowing the time, that now it is high time to awake out of sleep; for now our salvation is nearer than when we first believed. The night is far spent, the day is at hand. Therefore let us cast off the works of darkness, and let us put on the armor of light.

Friends, today is a new day. We’re one step closer to our final redemption than when we first believed. When we hear the shofar blast it reminds us that we are one moment closer till the Day of our Lord’s coming. Hallelujah!

As Christians who love the Jewish people, our prayer is that our Jewish brothers and sisters will have a blessed and sweet new year, or Shanah Tovah, a good year in Hebrew.