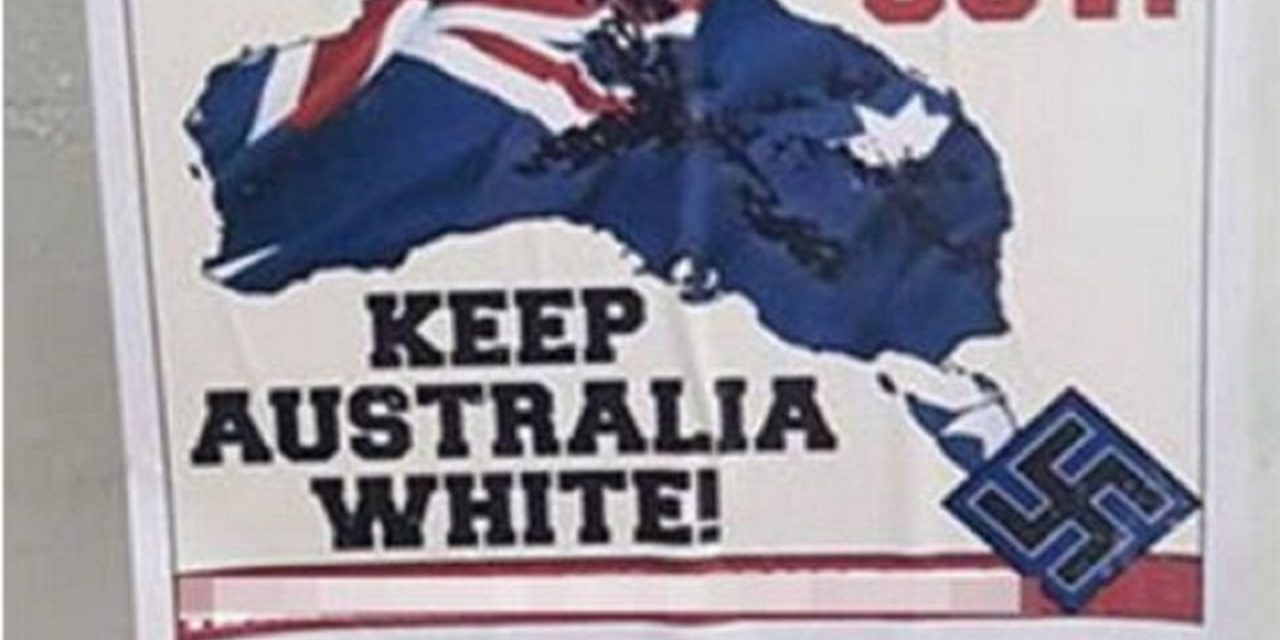 The Antipodean Resistance Group, a small Neo-Nazi group that calls itself “the Hitlers you’ve been waiting for,” secretly put up anti-Semitic posters at three Melbourne schools, including one showing a foot with a swastika crushing an insect with a Jewish star on it, and another featuring a hook-nosed Jewish caricature alongside the words “Multiculturalism,” “Degeneracy” and “Reject Jewish Poison.”

These are traditional Nazi propaganda images.

The hateful images sent shockwaves through the city’s 60,000 Jews, stirring up feelings of anger and fear.

I am appalled. This form of hatred on our doorsteps, on the doorsteps of our schools is terrifying and is a direct attack on Victoria’s prized multiculturalism,” Jennifer Huppert, the President of the Jewish Community Council of Victoria, said according to the local J-Wire news site.

“To direct this at children is even more reprehensible. Unfortunately, domestic neo-Nazis and white supremacists appear to be emboldened by events overseas, and we must stop this hate speech in its tracks,” she said.

“History shows that hate speech can lead to hate-filled physical attacks, as we have seen very recently in Charlottesville,” she emphasized.

According to the Herald Sun, the posters contained white supremacist messages such as “keep Australia white,” “stop the hordes,” possibly relating to immigrants, and “join your local Nazi group,” as well as calling for legalizing the killing of Jews.

“These sort of vile and disgusting comments and posters are not acceptable in the community and those individuals that placed them should be ashamed of themselves,” Education Minister James Merlino is quoted as saying by the Herald Sun.

Australian Jewry recorded a 10 percent increase of anti-Semitic incidents in 2016, and is demanding that the government take action against this worrying trend.