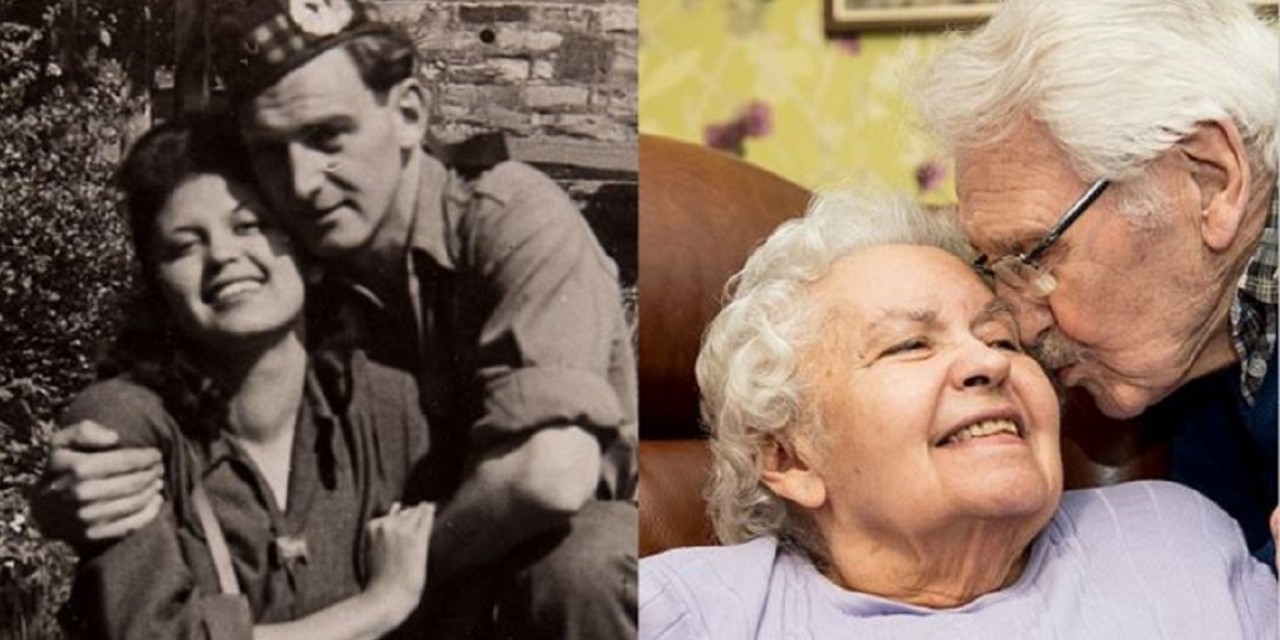 An Auschwitz survivor and the Scots commando who helped save her today marked their 71st Valentine’s Day together.

John Mackay, 96, rescued a column of Jewish prisoners from the horrors of Auschwitz as they marched with their Nazi guards to another concentration camp.

The Second World War was coming to a close and little did he know that his future wife, a young Hungarian girl by the name of Edith Steiner, now 92, was among them.

Following the heroic rescue, troops organised a dance at a village hall attended by Edith, known as Eci, where she caught the eye of John.

They shared a dance and in a heartwarming tale they later married, moved to Scotland, and had a family – and now live together in a care home in Dundee.

The devoted couple, who first celebrated Valentine’s Day in 1946, still refer to each other as “sweetheart” every day.

Their advice to couples is to be romantic all year round – and not just on 14 February.