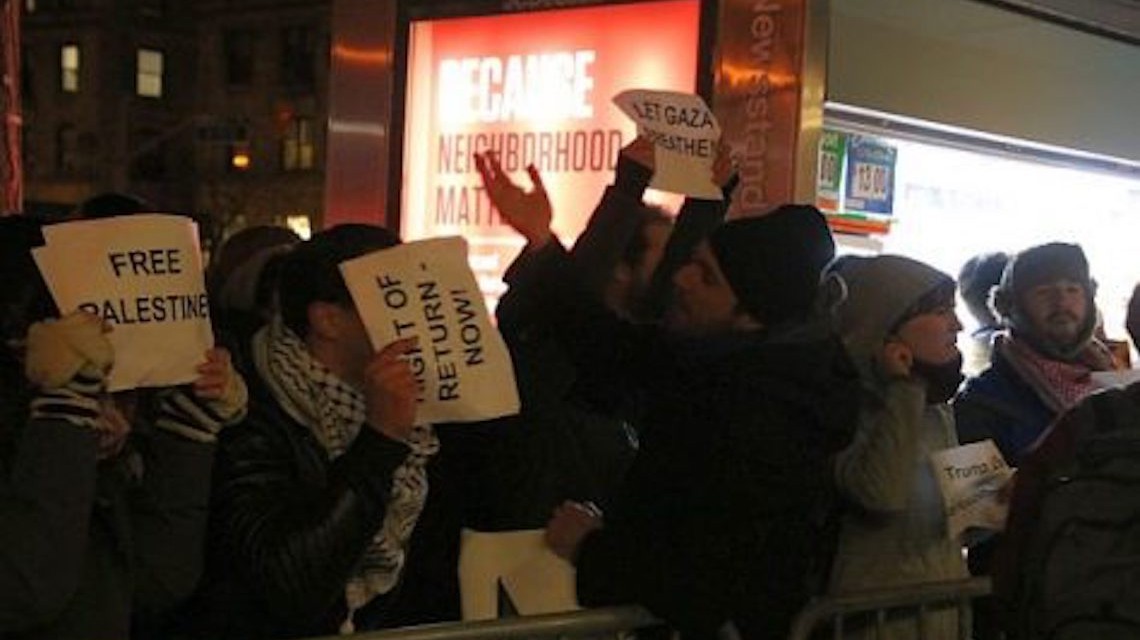 Columbia University was the latest campus to experience the intolerance of those who oppose Israel.

This week Israel’s Ambassador to the United Nations, Danny Danon, gave a talk in the lecture hall and was interrupted multiple times by anti-Israel demonstrators, including one moment when more than 100 demonstrators stormed the room.

The protests started outside the lecture hall, where anti-Israel demonstrators chanted phrases such as “Danny Danon you can’t hide, we charge you with genocide”. In response to the haters, Israel supporters chanted back, “Anti-Semites got to go”.

While the chants flew back and forth outside the university, inside the lecture hall Israel’s envoy gave a passionate speech to around 300 students. He spoke about Israel, current events in the Middle East and the UN’s anti-Israel bias.

This is how hate and incitement looks like. pic.twitter.com/9WJDa4vvwE

They stood up, held anti-Israel signs and chanted phrases such as, “Free, free Palestine” and “From the river to the sea, Palestine will be free”, which is speaking of Israel’s destruction.

These people don't recognize Israel's Right to exist. Jerusalem is the eternal capital of Israel and that is not going to change. pic.twitter.com/1967N2shqK

At one point around 100 agitators broke into the lecture hall from the outside protests. Undeterred, Danon demonstrated his years of experience in dealing with haters.

He told the protestors directly, “Instead of inciting and lying, sit down in the seats — and maybe you will learn something”.

“This is precisely the problem of the Palestinians,” he continued. “They lie, incite and don’t recognise Israel’s right to exist. But I have an announcement for those students. The people of Israel will never leave the land of Israel.”

Amb. Danon at #columbia : I respect any opinion, Israel is a democracy, I admire freedom of speech pic.twitter.com/ORWuOZqlOx

Eventually, the agitators were removed from the hall and Danon continued his talk, addressing the anti-Israel bias at the UN and how he hoped things would change with the Trump Administration. He optimistically stated that the UN would see “an era in which Israel receives fair treatment like all countries in the world”.

After the talk, Ambassador Danon tweeted, “We’ll not be silenced when people are spreading lies about Israel. Israel will continue to be a strong democracy, the only one in the M.E (Middle East)”.

We'll not be silenced when people are spreading lies about Israel. Israel will continue to be a strong democracy, the only one in the M.E