As Dvir Sorek is laid to rest, Palestinians hand out chocolate bars in celebration; Hamas leaders praise the murder 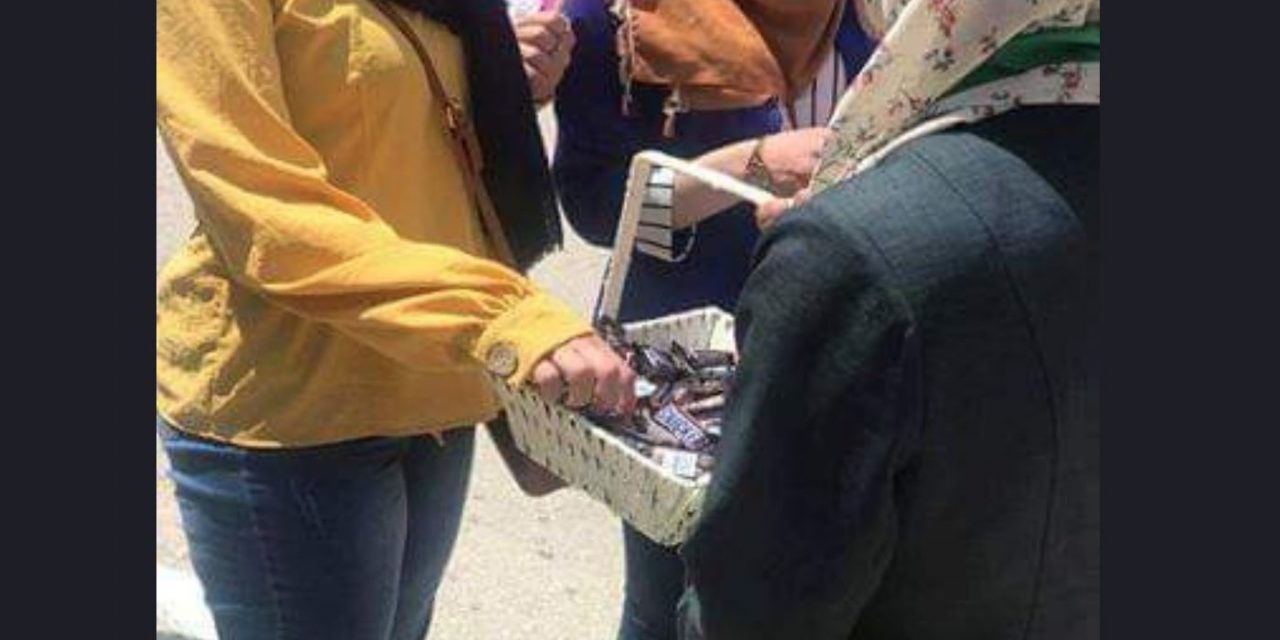 Islamic Jihad and Hamas have praised the killing an unarmed Israeli soldier who was found stabbed to death in the so-called West Bank on Wednesday morning, describing the attack as “heroic”.

Eighteen-year old Dvir Sorek, who was from the community of Ofra, was studying at a yeshivah in Migdal Oz, south of Jerusalem, while taking part in his military service. He had been on his way back from buying books that he intended to gift to his rabbi.

Islamic Jihad praised the stabbing attack as “heroic and sending an important message.”

Hamas said, “We congratulate our people for the heroic action in which the soldier was killed. We call on the PA and the security forces to stop the security coordination. Armed struggle in the [West] Bank is noble. Our people will sacrifice what’s most dear to them to defend their land and Jerusalem.”

As Dvir was being laid to rest on Thursday evening, a groups of Palestinians were seem handing out Snicker chocolate bars in celebration.

This is Palestinian society. This isn’t Hamas. This isn’t Islamic Jihad. These are Palestinian mothers giving out candy at a university to celebrate the death of a Jewish kid. This is the face of evil and a society rotten to its core. Remember that. It’s not only the terrorists. https://t.co/yYEwcZKCVD

#Hamas publication compares murdered Israeli Dvir Shorek to a sheep on the way to slaughter. This weekend Muslims celebrate Id al Adha Festival of the Sacrifice.
Is it a religious requirement to slaughter sheep & Jews?
Pal’s pay 3000 shekel per sheep. Hamas pays more for Jews https://t.co/4i0iQ6ax0w

Neither group took credit for the killing. However, Hamas has been actively building terror cells in Judea and Samaria.

Bir Zeit University: The Hamas student group on campus gave out Snickers to celebrate the murder of Dvir Sorek.
While Dvir’s family is remembering his life, there are those celebrating his death, only a few kilometers away.
(H/t @Abualiexpress ) pic.twitter.com/sWu8XgDdR4

At Thursday evening’s funeral, fireworks could be seen in the background which were reportedly set off by Palestinians celebrating.

Fireworks set off as Jewish teen is laid to rest

As thousands gathered in Israel for the funeral 18-year old Dvir Sorek, who was murdered in a terror stabbing this week, fireworks were set off by Palestinians in the background as Dvir was laid to rest.A shocking portrayal of the hatred towards the Jewish people.

Posted by Christians United for Israel – UK on Friday, 9 August 2019

Related article: Theresa May reads Micah “Out of Zion” Scripture at 75th D-Day ceremony in France