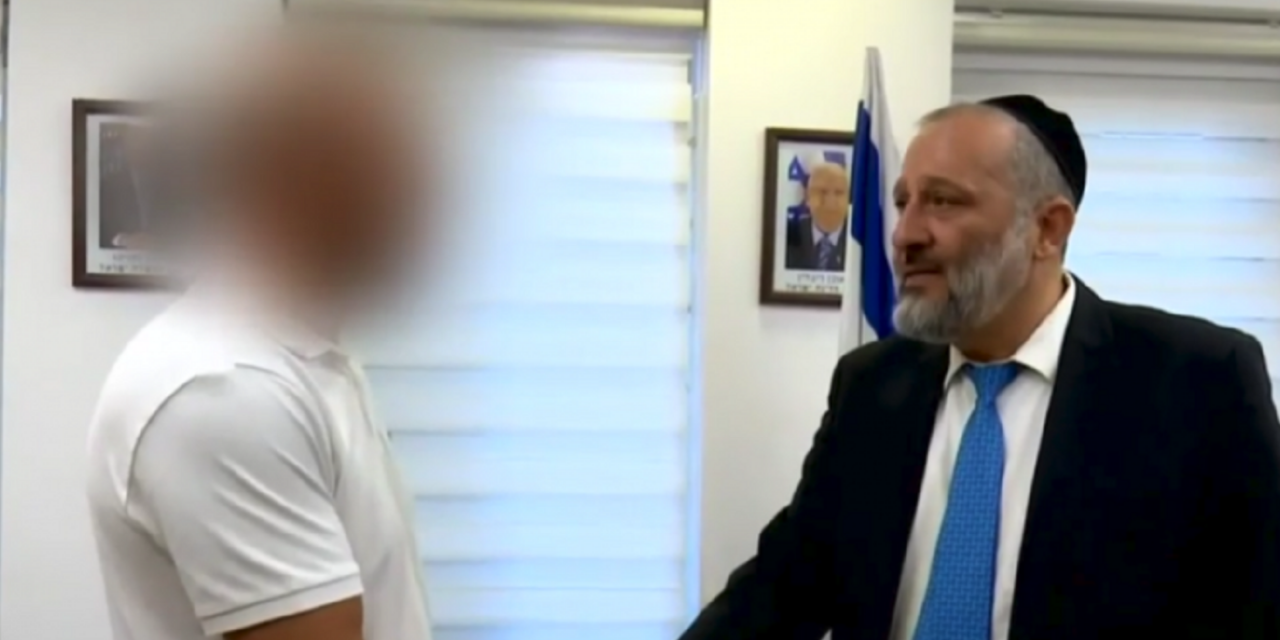 A Palestinian man who faced death threats after saving the lives of Israeli children following a terrorist attack which killed their rabbi father was awarded Israeli residency by Interior Minister Aryeh Deri on Tuesday.

The unnamed 28-year old man and his wife—who has a nursing degree—were traveling in the vicinity of their home near Hebron on July 1, 2016, when they encountered the overturned vehicle of Rabbi Miki Mark and his wife, Chava, which had gone off the road near Otniel after being sprayed with bullets in a terrorist attack.

Rabbi Mark was killed and Chava seriously wounded in the attack.

Despite tensions between Palestinians and-  Israelis in the region, the couple immediately stopped and helped evacuate the couple’s trapped, injured and frightened teenage children from the car, assuring them that they were there to help and administering first aid, comforting and waiting with them until emergency medical services arrived.

“I took the boy and I hugged him. I gave him some water and applied iodine, and just kept telling him that everything was going to be OK,” the man said. “It doesn’t matter to me if it was an accident or a terror attack, it’s irrelevant. These are people, children, who need help, and if I can help, I will help them.”

Another Palestinian, a local urologist who was also driving by, joined the couple in tending to the children and helped free Chava from the vehicle. She had been choking due to the position of her seatbelt.

However, according to the anonymous rescuer in an interview with the American National Public Radio, more Palestinians began to arrive—some of whom threatened to kill the survivors.

“If any of you approach my car,” he told them, “you will see what I am capable of. They are under my protection.”

Following the event, word spread of the man’s heroism—but some of the reactions were hostile. He was called a traitor and a collaborator. His boss fired him.

Ultimately, the man feared for his life and sought refuge in Israel while his wife and young child remained near Hebron. He received a work visa but it was not renewed last year, rendering him homeless and unable to work, despite two years of legal efforts on his behalf by Shurat HaDin-Israel Law Center.

His situation was ultimately publicized by Israel’s Channel 12 news, leading multiple Israelis – including leaders in Judea and Samaria such as Har Hebron regional council head Yochai Damari and head of the Shomron Regional Council Yossi Dagan – to push for him to receive Israeli residency, a designation that was bestowed not only on him on Tuesday, but also on his wife and son.

Deri praised the man for his “selfless, noble” acts and hugged him as he presented him with his new identity documents. “You belong here,” he said.