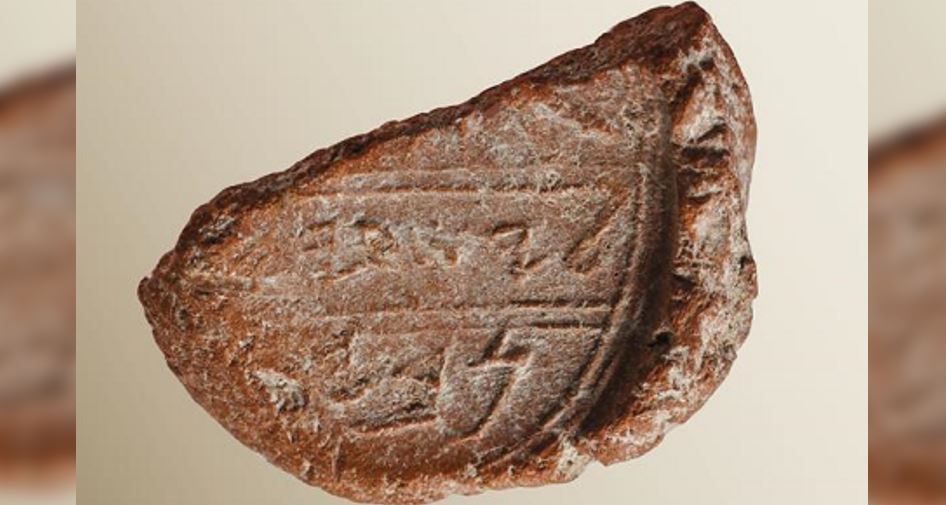 A prominent Israeli archaeologist announced this week her discovery of a clay seal bearing the Hebrew name of Isaiah which may very well have belonged to the Biblical prophet.

“We appear to have discovered a seal impression, which may have belonged to the prophet Isaiah, in a scientific, archaeological excavation,” said Dr. Eilat Mazar, an archaeologist from Hebrew University, who made the discovery.

“The clay seal shows the lower part of a grazing doe, a motif of blessing and protection found in Judah, particularly in Jerusalem,” Dr. Mazar wrote in Biblical Archaeology on Wednesday.

It is unclear however, if the seal actually belonged to the prophet Isaiah because it remains uncertain that a letter may or may not be missing.

The [clay impression] reads ‘leyesha‘yah[u]’ in ancient Hebrew letters, which means ‘[belonging] to Isaiah’. The three Hebrew letters of nun, vav, and yud also appear. After the letter yud, the corner of the seal is broken off, raising the question if the three letters were also followed by a fourth letter, aleph completing the word, navi (prophet). Alternatively, the damaged space may very have been blank.

Without that missing corner confirming the existence or absence of the aleph, the bulla cannot be fully determined to have belonged to the Biblical prophet. If it can be authenticated, however, this will be the first time that an artifact directly connected to a Biblical prophet has been found.

The seal was discovered ten feet from where, in 2015, Dr. Mazar found another similar artifact that belonged to King Hezekiah who ruled over Judah from 727 BCE-698 BCE.

“The close relationship between the king and the prophet is well known,” Dr. Mazar told Breaking Israel News. “Finding a seal impression of the prophet Isaiah next to that of King Hezekiah should not be unexpected. It would not be the first time that seal impressions of two Biblical personas were discovered in close proximity.”