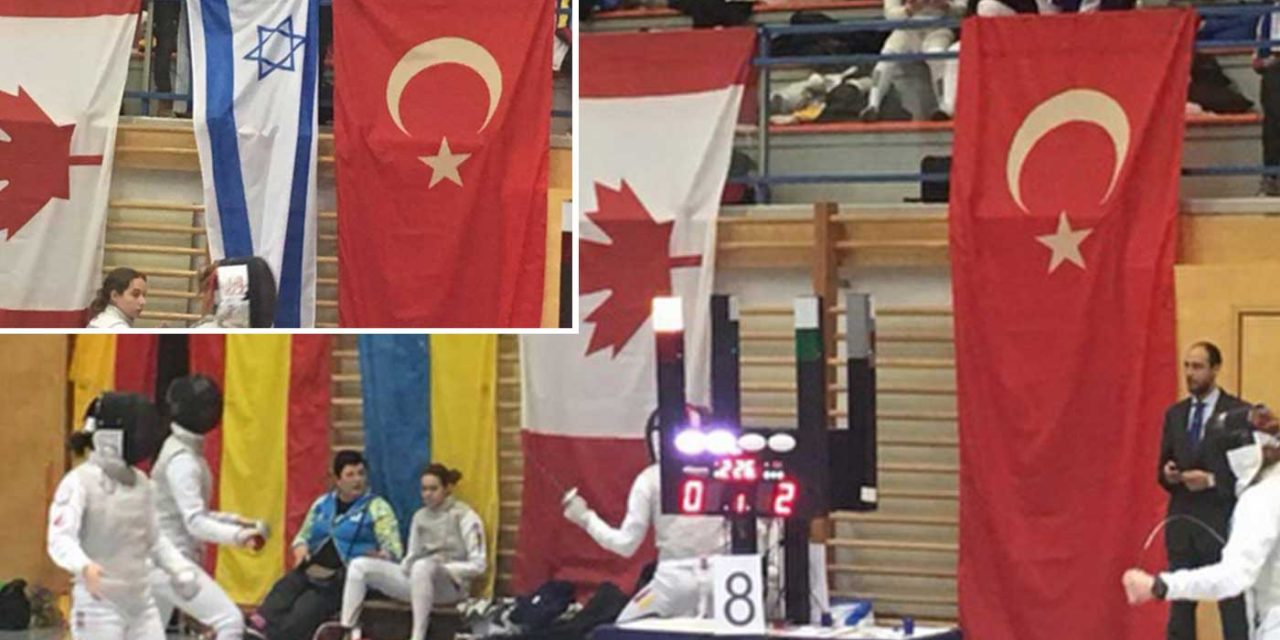 An Israel flag was removed from the stands at an international fencing tournament in Austria this week.

The incident happened during the Fencing Team World Cup in Moedling, Austria. The competition included teams from 15 countries, including Great Britain.

The head of the Israeli delegation, Gregory Gross, noticed that the Israeli flag had disappeared from the stands while part way through the competition.

Gross questioned the removal of the flag with organisers who looked into the situation. Gross later found the flag crumpled up and dumped in a corner.

Gross said: “I found the flag thrown on the floor like a rag. I was lucky to have noticed it. I brought the flag to the organising committee and they put it back alongside with the flags of the other countries.”

The Israeli team came in last place in the tournament, one point behind Belgium, after one of their athletes was forced to withdraw following an allergic reaction to nuts. The athlete has a severe nut allergy and accidentally ate a cake containing nuts. She making a recovery. The UK came 12th with 22 points.