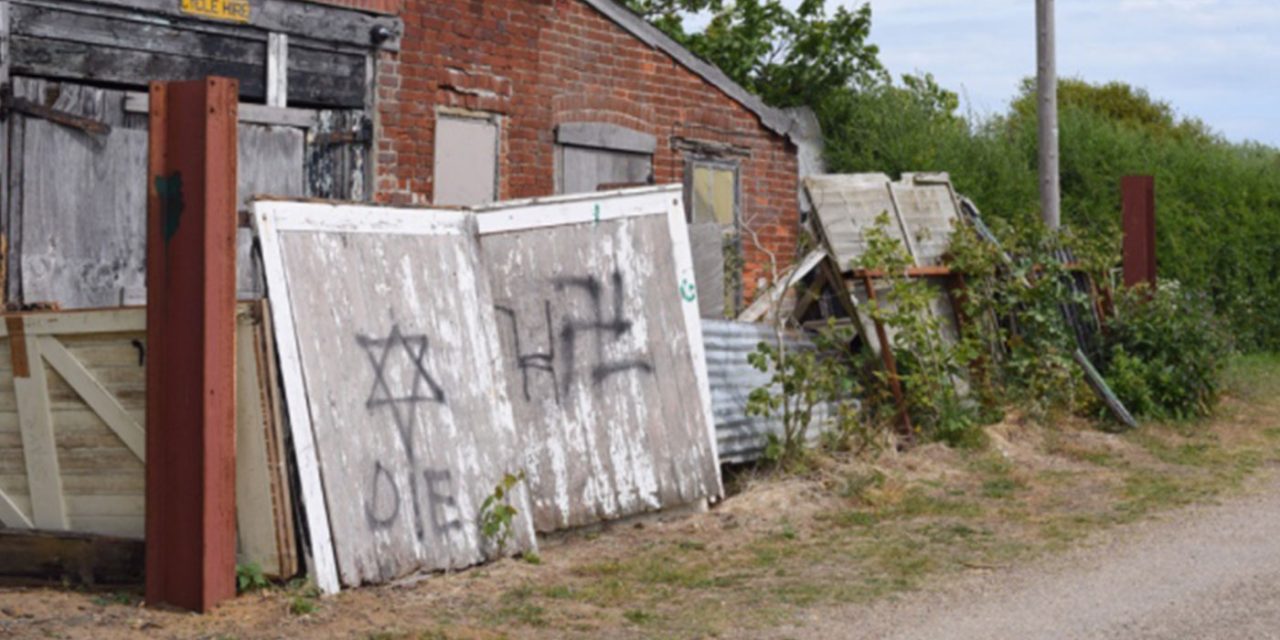 A Suffolk seaside community has been left “horrified” after anti-Semitic graffiti appeared on a derelict building near a primary school.

Aldeburgh resident Annie Pilkington-Bernier, who saw the offensive work in Park Road in the town on Monday, has reported it to police as a hate crime.

The 60-year-old was walking her whippets with a friend Philippe Pradere when she noticed the graffiti, which features the Jewish Star of David with the word “die” beneath it and an image resembling a Nazi Swastika, though wrongly drawn.

“As I was walking down the path I could see something and thought to myself, I’m sure that says ‘die’,” she said. “As I got nearer, to my horror, I saw the whole thing.”

Ms Pilkington-Bernier said she regularly walks that route with her dogs, Decca and Flee. On Friday, when they last went past the derelict building, which she believes was formerly a cycle hire business, the graffiti was not there. “I suspect it was done over the weekend,” she said.

“It’s not the sort of thing you usually see around here.”

“What’s so very shocking about this, apart from the fact that it’s an awful piece of graffiti to have in our town, is that children from the primary school have to walk past it,” he added.

“I’m just startled that here in the Suffolk coast, something like this suddenly appears.”