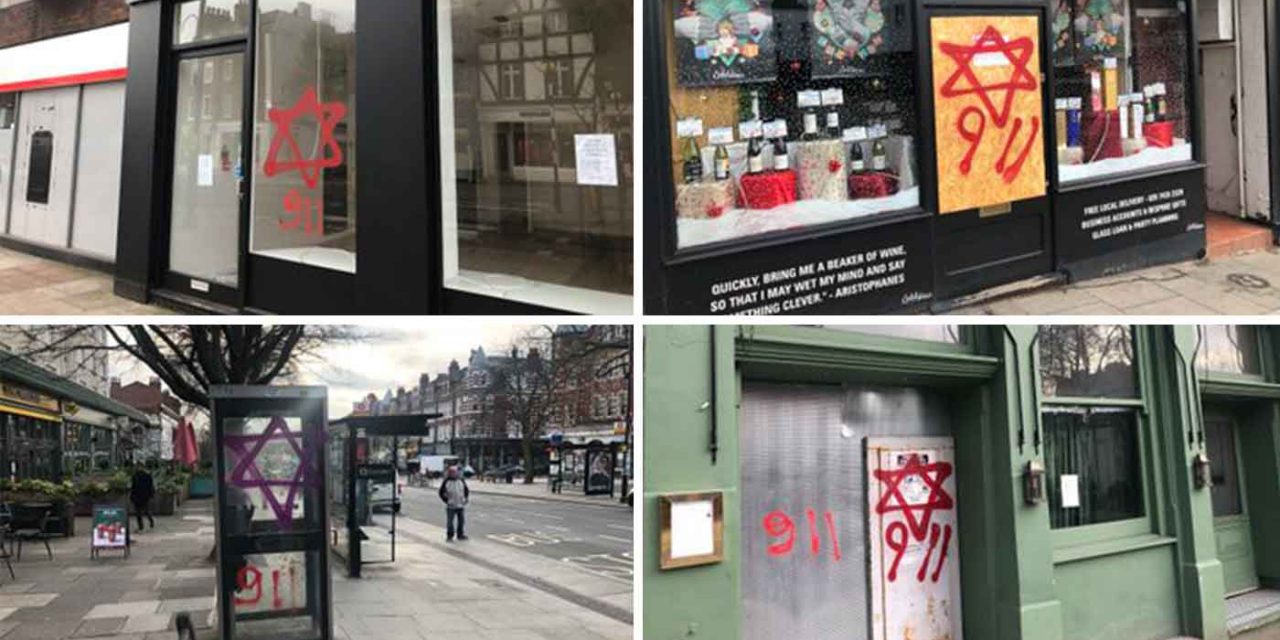 Anti-Semitic graffiti has been daubed on a synagogue and several shops in north London during the Jewish festival of Hanukkah.

The Star of David, a Jewish holy symbol, and “911” were spray-painted in Hampstead and Belsize Park, possibly referencing a conspiracy theory.

South Hampstead Synagogue was among the premises targeted, with reports made to police from 23:30 GMT on Saturday.

Police are treating it as a racially motivated hate crime.

The graffiti could reference an anti-Semitic conspiracy theory that Jews are responsible for the 9/11 terror attack.

It could also reference Kristallnacht, an organised nationwide attack on Jews which began in Germany on 9 November 1938.

The vandalism was carried out six days after the start of Hanukkah – one of the biggest festivals of the year for Jewish people. No arrests have been made.

Mayor of London Sadiq Khan said on Twitter: “This makes me sick to my stomach” adding that “anti-Semitism like this” had “no place anywhere and certainly not in London”.

He also said that residents could expect more police patrols in the area.

A South Hampstead Synagogue spokesman said: “This is a time for people of all backgrounds – of all faiths and of none – to stand united and show our determination that we do not tolerate prejudice, hate and division – on our streets or online.”

Read the full article at the BBC

Last night Jews were ostracised at a vigil against antisemitism organised by pro-Corbyn groups.