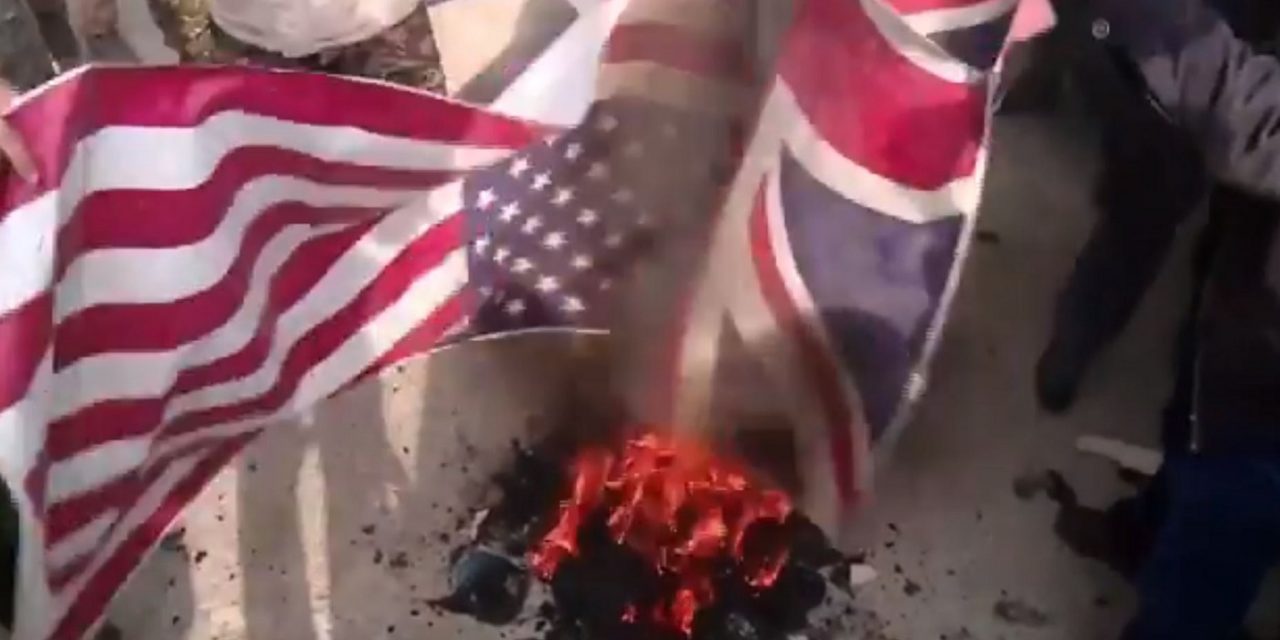 The demos following the killing of Qasem Soleimani, a top Iranian general, in a US airstrike on Baghdad International Airport.

Despite the repeated anti-West rhetoric and threats by the Iranian regime, Labour leader Jeremy Corbyn and deputy, Emily Thornberry, were quick to condemn the United States. This is despite the US making it very clear that the decision to target Soleimani was to prevent an imminent attack on Americans.

“The US assassination of Qasem Soleimani is an extremely serious and dangerous escalation of conflict with global significance,” Corbyn tweeted, “The UK government should urge restraint on the part of both Iran and the US, and stand up to the belligerent actions and rhetoric coming from the US.”

“You were paid by the same terrorist regime as paid Soleimani,” Kemp said, “The UK government needs to publicly support this US action and ensure it is ready to give maximum military & diplomatic support to the US as the situation unfolds.”

Meanwhile, Labour’s deputy leader Emily Thornberry launched a scathing attack: “For two years, I’ve warned about Trump’s reckless lurch towards war with Iran. Last night’s attack takes us even closer to the brink. Those of us who marched against the Iraq War must be ready to march again, and ensure we are not dragged into this morass”

However, Israeli Prime Minister on Friday praised the United States:

“Trump is worthy of full appreciation for acting with determination, strongly and swiftly,” he told reporters before departing Greece to head back to Israel. “We stand fully by the United States in its just battle for security, peace and self-defense.”

The prime minister said “Israel has the right to defend itself. The US has the same right exactly. Soleimani is responsible for the deaths of innocent US citizens and many others. He was planning further attacks.”