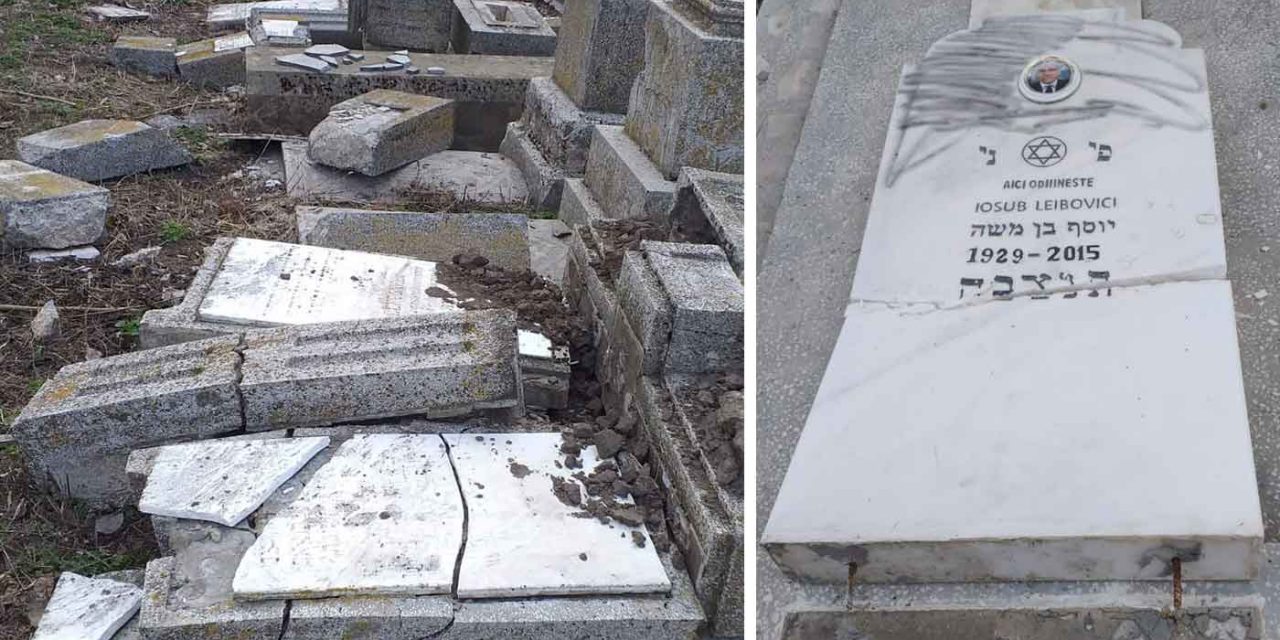 The Jewish Cemetery in Huşi, in eastern Romania’s Vaslui county, was vandalized, and 73 tombstones were destroyed it was reported yesterday.

A statement from the Romanian Jewish community said:

It is on behalf of the leaders of the Federation of Jewish Communities of Romania, that the President of the Federation, Dr. Aurel Vainer, expresses his total indignation, as well as bitterness and deep sorrow for the recent news about a serious act of savage vandalism that took place inside the Jewish cemetery in the town of Huşi, earlier this week, when 73 tombstones were destroyed.

At present, the Jewish community of Huşi, once a thriving community with a large congregation, only numbers a few scores of people, mostly elders, including Holocaust survivors.

Today, in contemporary Romania, a democratic, pluralist state where the rights and obligations of Jews, as well as of other national minorities, are the same as those of the majority, it is not acceptable for such an inhumane and atrocious profanation of graves to take place.

On behalf of all the Jews who live in Romania today, as well as of those who live in Israel and in other countries, we strongly protest against the events that took place in Huși and we ask the law enforcement agencies to thoroughly investigate, with a high level of professionalism, what happened in the Jewish cemetery of Huşi. We are entitled to ask for a criminal investigation to be opened in order to bring the perpetrators to justice, under the criminal code and special legislation in use in Romania.

Such events of a deeply anti-Semitic nature are readily circulated all over democratic states and seriously damage the image of Romanian democracy.

As soon as we have any information from the law enforcement authorities, we shall release it to the public opinion in Romania and abroad.

President of the Federation of Jewish Communities of Romania