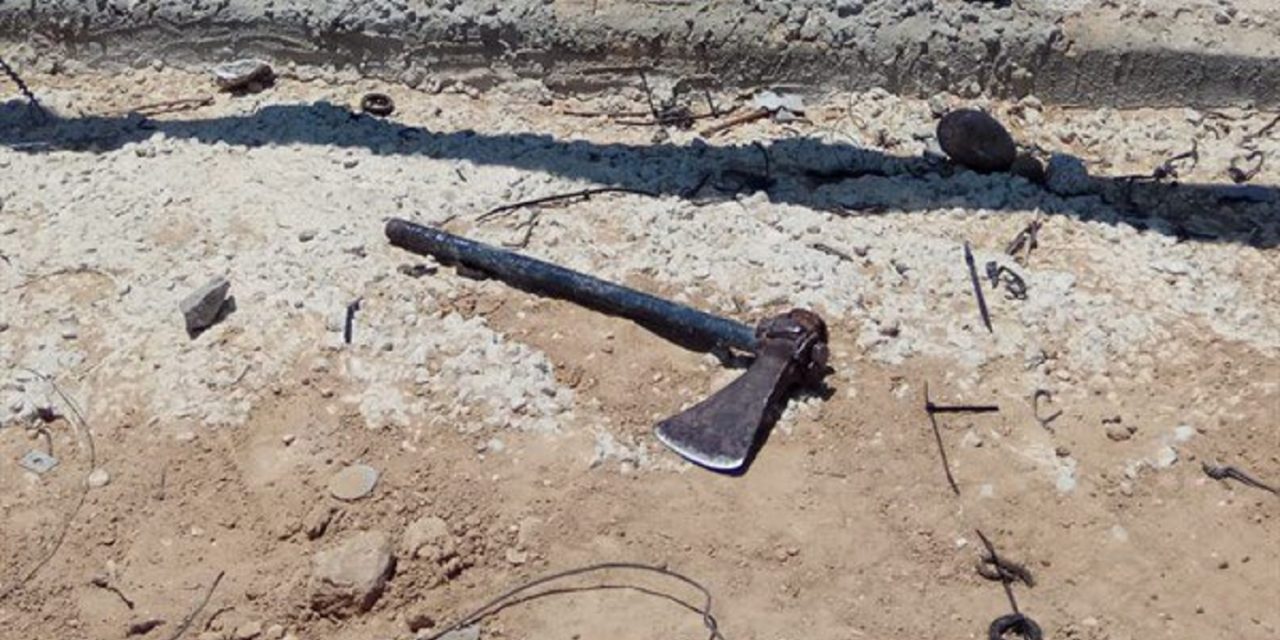 A terrorist armed with an axe was killed and another man was injured as they tried to breach the security fence on Monday.

According to the Israel Defense Forces, the two men approached at the security fence from the southern Gaza Strip, damaged the barrier and tried to enter Israeli territory.

“IDF troops arrived at the scene and opened fire, killing one of the terrorists,” the army said.

An IDF spokesperson said the second suspect was wounded and fled back into the Gaza Strip.

A short while ago, IDF troops stopped two terrorists who attempted to infiltrate Israeli territory from the Gaza Strip while armed with an axe pic.twitter.com/V1XG4LwGdH

Tensions along the Gaza border have been heightened in recent days, after terrorist groups in the coastal enclave last week launched over 100 mortar shells and rockets at southern Israel and the IDF retaliated by bombing over 65 Hamas and Palestinian Islamic Jihad targets in the Strip.

On Sunday night, a group of Palestinians from Gaza breached the border fence and set fire to construction equipment inside Israel before fleeing into Gaza.

The IDF said the assailants set fire to shipping containers that belong to civilian contractors working on the security fence, damaging Israeli “security infrastructure” near the border. The army said no one was injured in the incident.

Following the firing of rockets from Gaza towards Israel and acts of terror carried out by Hamas, yesterday, IAF fighter jets attacked 15 terror targets, among them: pic.twitter.com/fTIVUhOUob

Rocket fire from Gaza returned on Saturday night, with terrorist groups launching multiple projectiles at southern Israel over the course of several hours. In two rounds of retaliatory raids, the Israeli Air Force destroyed some 15 Hamas targets in the Gaza Strip on Saturday night and early Sunday morning, the army said.

Earlier on Saturday, the IDF said troops opened fire at Palestinians crossing into Israeli territory from Gaza who were trying to damage “security infrastructure” inside Israel.

The Hamas terror organization repeatedly seeks to turn the area next to the security fence into a violent zone both above and below ground. The IDF will not allow this and will continue operating in order to defend the security of Israeli civilians pic.twitter.com/laoPKj5mw3

Friday saw riots along the security fence, with thousands of Palestinians throwing rocks, burning tires and attempting to breach the border. During the weekly “March of Return” protests along the Gaza border, an Israeli military vehicle also came under fire and a Palestinian who breached the border fence in the northern part of the Strip planted a grenade that exploded, but caused no injuries, the army said.