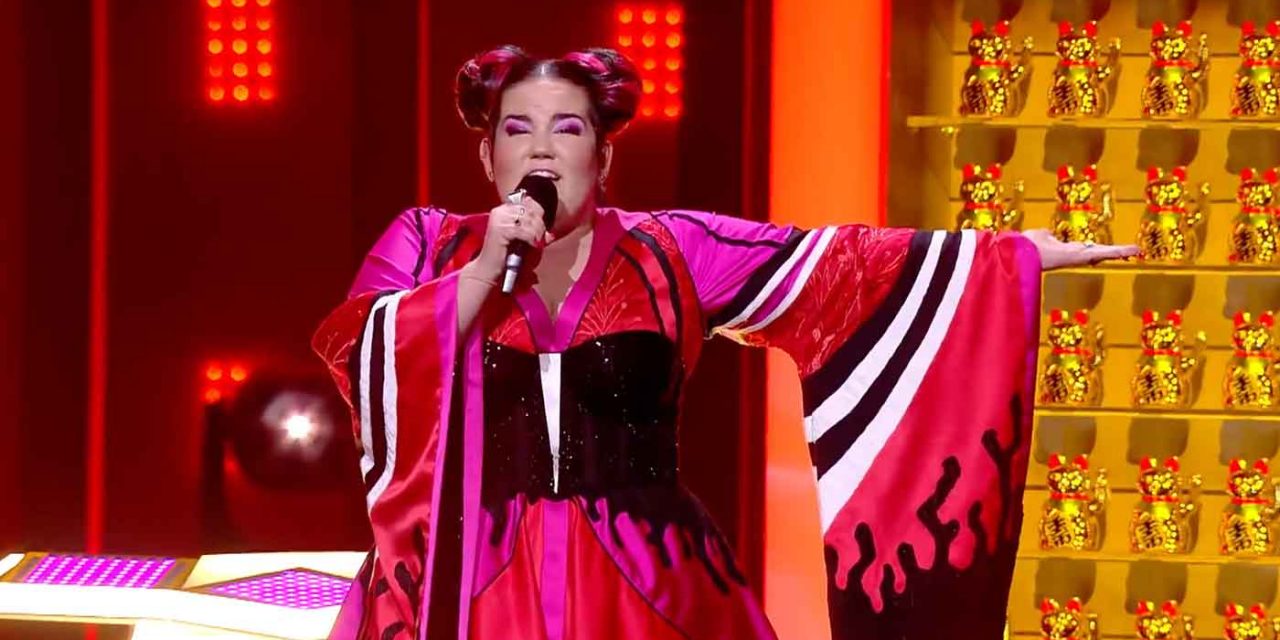 Israel’s entry in this year’s Eurovision song contest, Netta Barzilai, has become a target of Boycott, Divestment and Sanctions (BDS) activists who have embarked on a social media campaign and hackers who are planning to overload phone systems in attempts sabotage her chances of winning.

Dubbed the “Eurovision Boycott of Israel” and using the hashtag “#ZeroPointsIsrael”, the campaign called on music fans not to vote for Barzilai, claiming that a vote for the Israeli singer would be seen as a sign of support for the State of Israel.

“If you live in one of the participating countries, take care to participate in the televoting and give Israeli Apartheid zero points – and ask your friends and family and anyone you know to do the same. If the Israeli song is eliminated already at the semi-finals – well and good, nothing further should be done. If the song does get into the finals on 13 May, then the effort should be repeated and redoubled,” the campaign urged.

Israel’s entry is one of the more ‘unique’ entries at this year’s Eurovision and is one of the favourites to win the competition. Regardless of this, however, it is hatred for Israel and only that which is driving this campaign.

The campaign was also run last year against Israel’s entry, and it had nothing to do with the contestant. On this occasion, however, they note that Netta was part of the Israeli Navy’s band that performed to troops before the 2014 Israel-Gaza conflict.

“Remember the children murdered in Gaza and give zero points to Barzilai, her song and the apartheid state which she represents,” organizers asked their supporters in a post on social media.

Later in the post, they alleged that the song was meant to “rebrand Israel internationally. The Israeli song is widely promoted on the net, in a massive propaganda campaign very generously funded by the Israeli government. (Prime Minister Benjamin) Netanyahu, his ministers and generals would like nothing better than for Barzilai to win the Eurovision.”

More than just boycotts, however, there are attempts to hack systems and illegally interfere with the contest.

Hackers launched cyber-attacks on Barzilai’s cell phone application used to reach out to fans and provide them with a link to vote for the Israeli contestant. The hackers flooded the app system with a sudden wave of traffic, in an attempt to crash the system with a denial of service attack.

Anti-Israel social media users also flooded Barzilai’s Facebook and Twitter accounts with hostile or defamatory messages, forcing the closure of the two pages to users outside of Israel. Some of these users may have been bots.

“The company’s tech team, with the help of information security companies, attempted to bring the systems which had been affected back online,” said Gil Rabbi, CEO of Rabbi Interactive Agency (RIA), which promoted Barzilai’s bid online.

“Unfortunately, since Facebook did nothing to filter out the online violence by BDS [activists], we were forced to close the Facebook page to users outside of Israel in order to stop the wave of [cyber] attacks. Basically, the BDS movement got what it wanted – Israel’s isolation from the rest of the world. At this point we’ve erased the hateful comments [from the Facebook page], so that at least Israeli users can enjoy visiting the page.”

Despite the efforts to thwart Israel’s participation in the competition, Israel has made it through to Saturday’s final and is a strong contender for taking the top spot. Netta was the bookies early favourite to win, however, she has now fallen to second behind Cyprus following the semi-finals.

The Eurovision 2018 final takes place on Saturday evening. Will you be giving “douze points” to Israel?