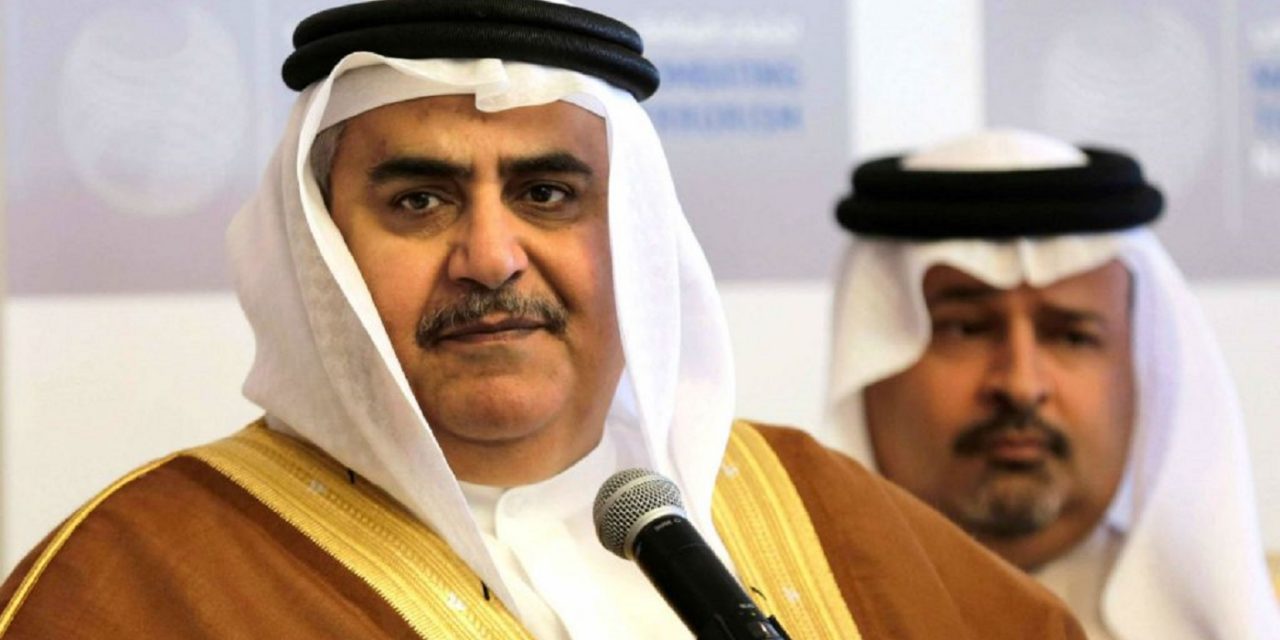 Support for Israel came from an unexpected place Thursday as the foreign minister of Bahrain defended Israel’s missile attack on Iranian targets in Syria the previous night.

“As long as Iran continues the current status quo of its forces and rockets operating in the region, then any country — including Israel — has the right to defend itself by eliminating the source of danger,” Khalid bin Ahmed Al Khalifa wrote in a Twitter post in Arabic.

The IDF said it bombed dozens of Iranian military sites in Syria overnight in reaction to a barrage of missiles that were aimed at northern Israel earlier Wednesday. The rockets were fired by Iran’s Quds Force, making it the first time Iranian forces fired directly at Israel rather than through Hamas and Hezbollah, its terror proxies.

Bahrain has no diplomatic relations with Israel, nor does it recognize the Jewish state. However, last September it was reported that King Hamad Bin Isa Al-Khalifa told two rabbis from the Simon Wiesenthal Center who visited Manama in 2017 that Bahrain’s citizens were free to visit Israel. In fact, religious figures from a group called “This is Bahrain” went on a four-day visit to the Jewish state in December. One of the clerics told Hadashot TV that the king had sent them “with a message of peace to the whole world.”

Most recently, a Bahraini team came to Israel to compete in the first leg of the prestigious Giro d’Italia cycling race this past weekend, openly wearing their country’s colours. They were joined by another Gulf country’s team, the United Arab Emirates – another first.