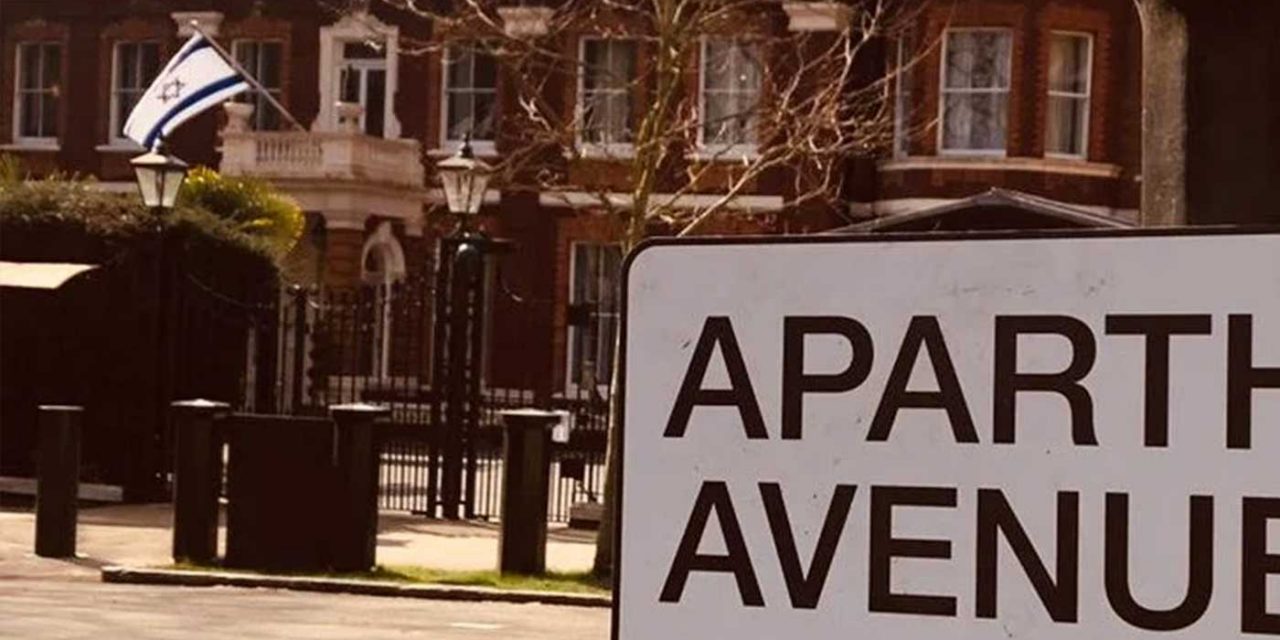 As the world tackles multiple crises, not least the Russian invasion of Ukraine, some feel there isn’t enough media attention on the Palestinians. Don’t worry, Amnesty International is on the case!

The human rights organisation is so concerned with horrific war crimes being committed in Ukraine, that they took the opportunity this week to “rename” the street where Israel’s Embassy is located in London.

This smear was shared by an Amnesty employee, Kristyan Benedict, who has in the past gloated about anti-Israel signs being posted illegally on London bus stops. 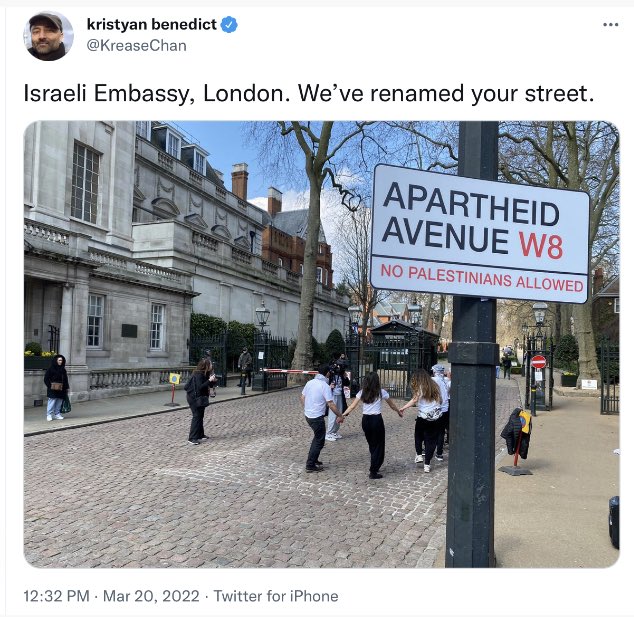 What’s absurd about all this (apart from the fact it is a lie) is that the street they targeted is also home to the Russian Embassy!

That’s right, instead of tackling real human rights abuses, such as the murder of thousands of Ukrainian men, women and children, the activists of Amnesty International chose to spread blatant lies about Israel.

Thankfully, some fightback happened from pro-Israel activists who in turn renamed the Amnesty International premises location as “New Antisemites Yard” with a sign saying, “Except Jews”. 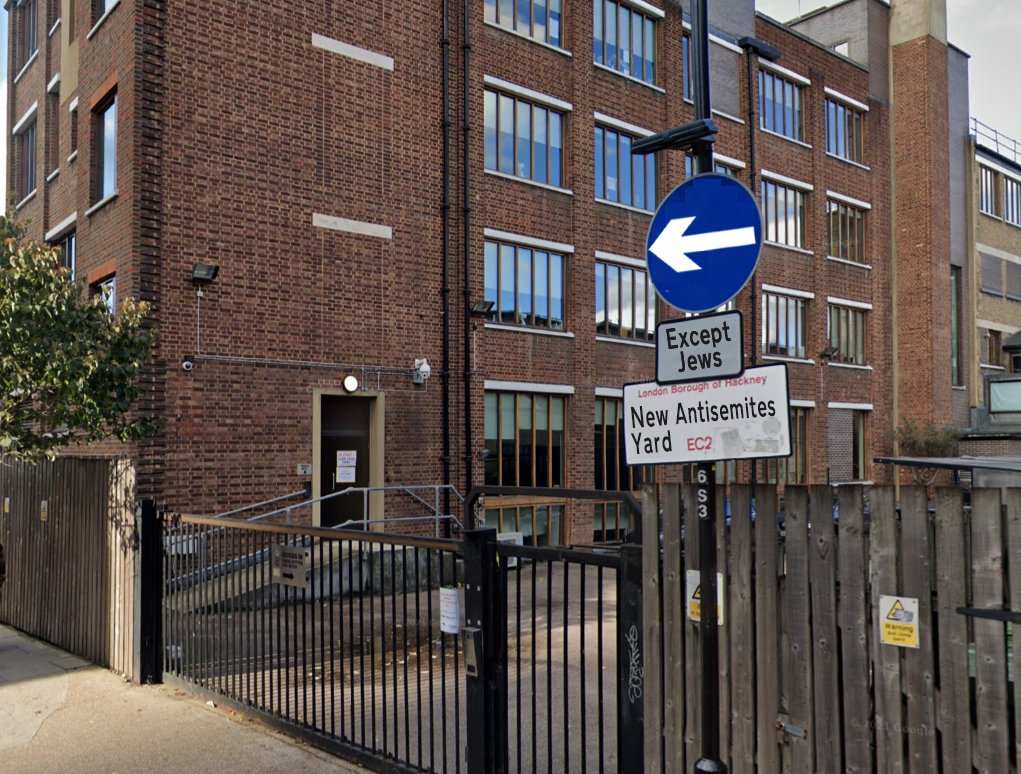 Okay, it was only a photoshop effort, but it is still entertaining to see someone fight back against those who bully Israel with lies.

It’s important to note that Israel is not an apartheid state. The claim that it is one is used by anti-Israel activists and antisemites to smear Israel. The truth is that Israel is the only democracy in the Middle East and offers more freedoms to all its citizens than any other country in the region.

In fact, those making the claim are doing nothing to help the rights of Palestinians. They are only doing it to attack Israel. And in doing so, they diminish the real crime of apartheid that happened in South Africa.