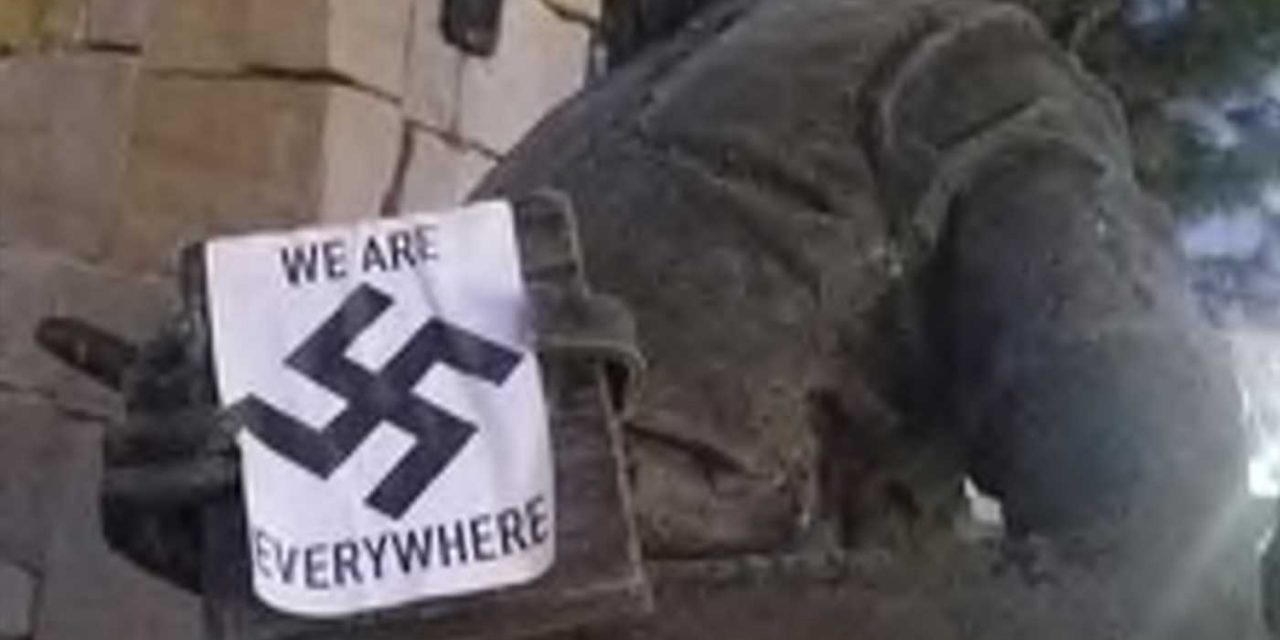 The only US memorial to Anne Frank has been defaced with swastika stickers, sparking fury.

The memorial depicts a bronze statue of Frank, holding her diary and peering out of the window of the small annex in which she hid from the Nazis with her family for 761 days.

Her family were captured in 1944 and deported to concentration camps, where Frank and her sister Margot both died.

The statue in Boise, Idaho was vandalized with the Nazi insignia as well as the words ‘We are everywhere’.

The stickers were discovered Tuesday morning by a visitor to the memorial in downtown Boise.