Amb. Regev warns those who profess solidarity with Jews, but deny Jewish homeland 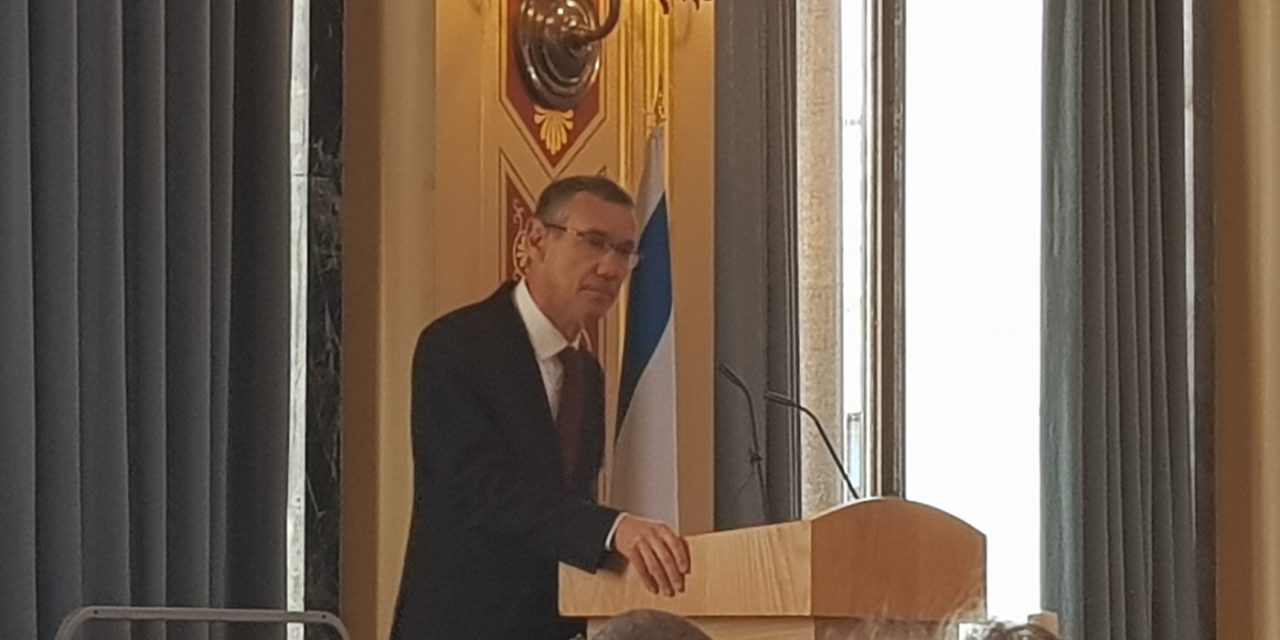 Israel’s Ambassador to the UK, Mark Regev, gave a poignant speech at a Holocaust remembrance ceremony on Wednesday, in which he challenged the hypocrisy of those professing solidarity with Jews, yet befriending those who seek to destroy Israel.

Speaking at the Foreign Office event, which was attended by CUFI, Ambassador Regev gave examples of the “obdurate, dissonant minority” among the “overwhelming, decent majority”.

“Like the academics who never call for a boycott of any one of the Middle East’s many autocracies, yet routinely demand a boycott of the Middle East’s only democracy,” said Regev, “Like the activists who proclaim sympathy for the oppressed nations of the world, yet rail against statehood for one historically oppressed people: my people, the Jewish people. Like the so-called anti-racists who hypocritically profess solidarity with the Jews, yet afford friendship to those who openly seek the annihilation of the Jewish state.”

🤝It was a particular honour to join you in meeting Eva Schloss MBE, a survivor who powerfully shared her story.

The survivors really are an inspiration to us all. pic.twitter.com/k0CY3nW0Ap

The ambassador also drew comparisons with countries that refused to receive Jews who escaped Europe prior to the Holocaust, asking the question how many Jews could have been saved if the State of Israel has been reborn ten years earlier.

“So to all those who profess solidarity with Jews, while denying us our national freedom in our homeland, I say this: not only are you negating our right to national self-determination,” explained Regev, “You are in fact condemning us to the reality we faced back then: the reality of the Jewish people being stateless, homeless and defenceless.”

He continued, “So as we here in this room renew our solemn pledge never to forget the Six Million, let us also appreciate the difference the State of Israel has made. Because today, the Jewish people are independent, sovereign and free. We can defend ourselves against those who would seek to do us harm. We can offer refuge to any Jew – any Jew – who flees persecution. And in a world of resurgent antisemitism, this is the surest guarantee that when we say never again, we really do mean never again.”

Watch the speech in full below:

Raab: “Family’s escape from Czechoslovakia instilled in me horrors of anti-Semitism”