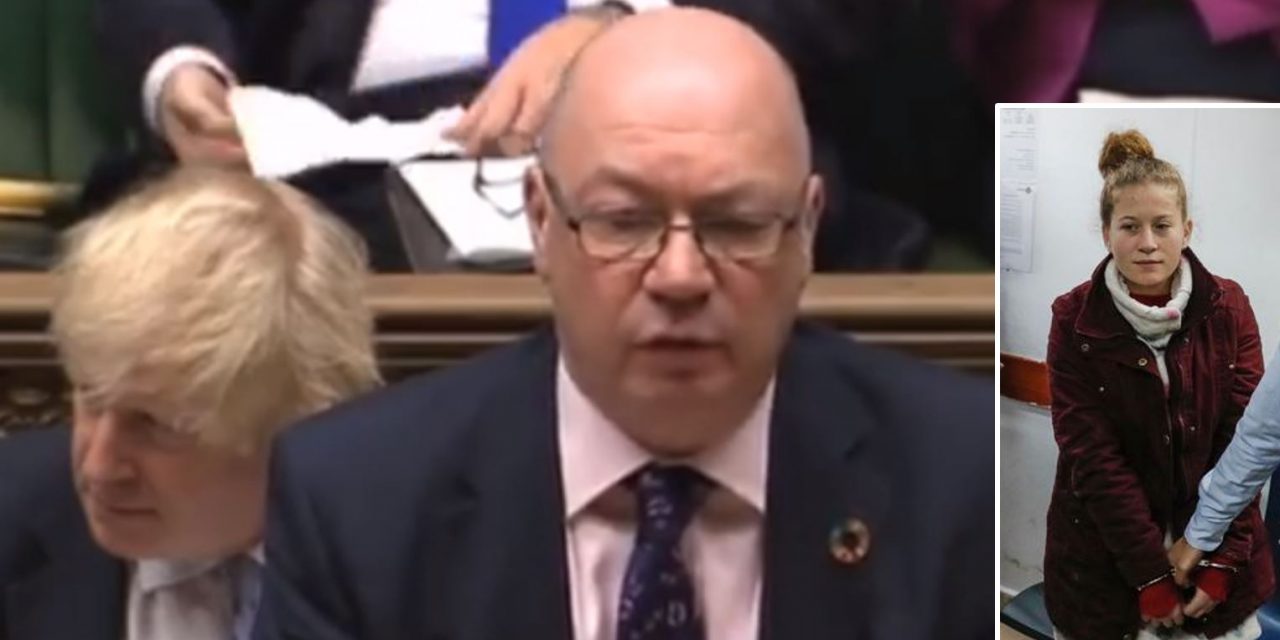 Foreign office minister Alistair Burt has come to the defence of Ahed Tamimi, who was arrested by Israel in December for hitting and kicking an Israeli soldier.

He continued, “We should be working hard to get a settlement for this issue so that these young people don’t have to continue to do what they’re doing.”

Foreign office minister Alistair Burt answering a question on Ahed Tamimi responds with:
"The truth is the soldiers shouldn't have been there & the young woman shouldn't have needed to do what she did!"
Assaulting soldiers is OK it would seem, as long as they are Jews! pic.twitter.com/UHoYeUIoG6

The 17 year old, who has a track record of attacking Israeli soldiers and whose family have advocated terrorism, failed to provoke the soldier. However, the incident which was deliberately filmed to use against Israel, has received widespread attention.

After Ahed attacked the soldier she spoke on camera, still out of breathe from her attack, saying that what she did is part of resisting just the same as rock throwers and “martyrdom seekers” (meaning suicide bombers and suicide stabbers).

Alistair Burt not only excused Ahed Tamimi, but also by implication placed blame on Israel for her justification in doing so.

See also:Give her an Oscar: Ahed Tamimi has a track record in provoking Israeli soldiers