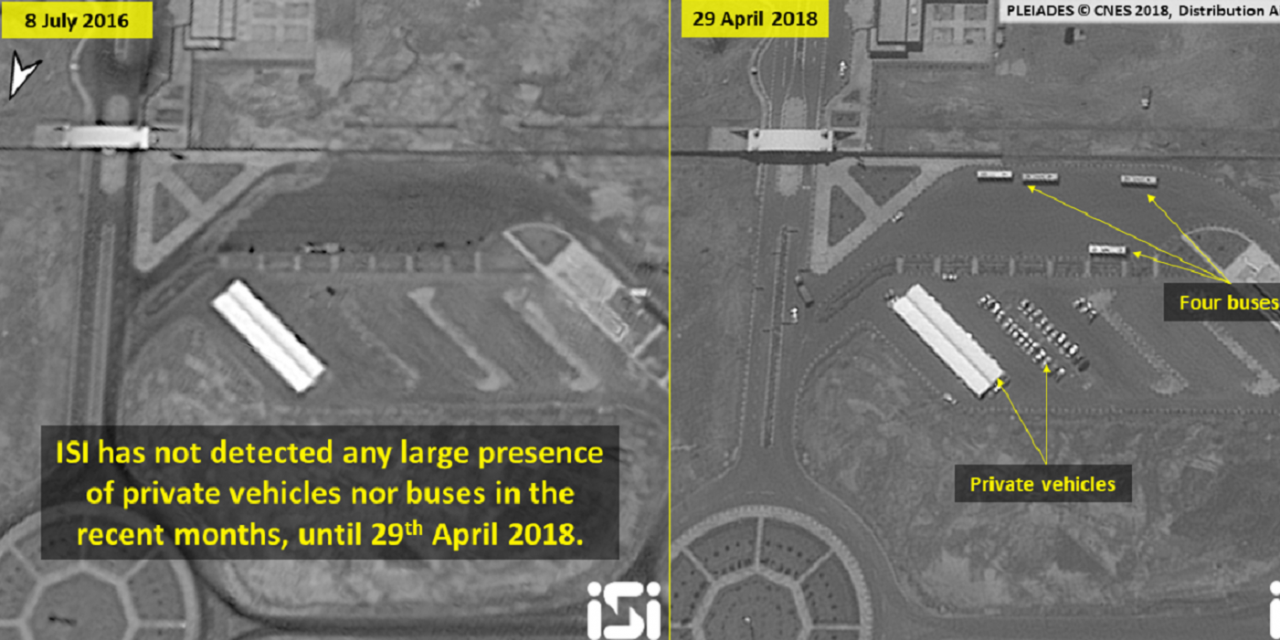 An Israeli satellite company has published photographs of “unusual” activity at an Iranian enrichment facility, a week before President Donald Trump will make a decision whether or not to continue America’s participation in the 2015 nuclear deal, The Times of Israel reported Thursday.

ImageSat International published the photographs of Iran’s Fordow facility. The facility, which is located underground, was built for uranium enrichment. Under the terms of the 2015 nuclear deal, Iran was limited to using only 1,044 of the centrifuges located there and is not allowed to use them to enrich uranium.

According to the deal, the International Atomic Energy Agency (IAEA) has the right to inspect the facility regularly, or even “every day,” if deemed necessary. However, February was the last time the IAEA reported on activities in Fordow.

The photographs do not show any activity in violation of the nuclear deal, but the images raise questions if Iran is possibly preparing to start enriching uranium there again.

Among other things, the satellite images show a large number of private vehicles in the facility’s parking lot and that the entrances to its uranium enrichment tunnels appear to be open.

At a press conference earlier this week at which he announced that Israel had obtained hundreds of thousands of files documenting Iran’s nuclear weapons research, Israeli Prime Minister Benjamin Netanyahu said, “You all remember the Fordo facility? The Fordo Uranium Enrichment Facility. This was a secret underground enrichment facility that the Iranians built under a mountain. You don’t put thousands of centrifuges under a mountain to produce medical isotopes. You put them there for one reason: nuclear weapons, enrichment for nuclear weapons.”

Iranian leaders have repeatedly threatened that if the United States withdraws from the agreement, it is prepared to go back to enriching uranium without constraints.